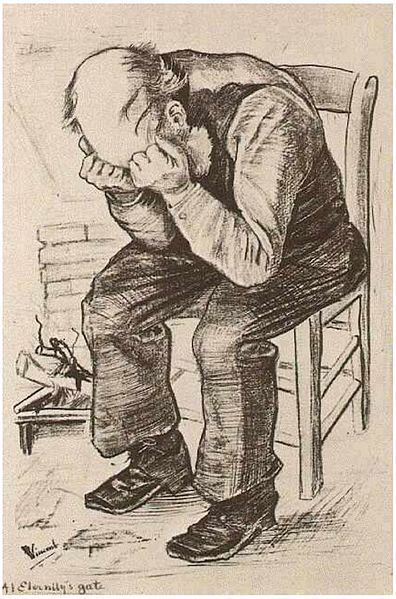 In the 24 hours or so that have passed since news broke that the Leafs were not only retaining Randy Carlyle, but also giving him a two-year extension, there’s been a great deal of high-quality snark produced. A quick review:

And of course, there’s all that sweet, sweet Twitter snark.

What I’m yet to see, however, is a reasonable explanation for why we’re even having to go through this. I’ve racked my brain, not to try and defend the decision to keep Carlyle around but to at least understand the thought process behind it, and I’m stumped.

Here’s the best I can come up with:

Those are terrible explanations, but let’s tackle them one at a time.

He has a Stanley Cup ring as a coach

Cam and I went down the rabbit hole of “things that were also true in 2007” on G-Chat last night. Among our findings:

*The Toronto Raptors had just won the Atlantic Division, netting Bryan Colangelo an unlikely Executive of the Year award, and Andrea Bargnani was coming off a promising rookie season. We know how both of those things turned out, and I doubt anyone would be pointing to those two names and saying “but look what he accomplished in 2007!”

*The top song was Umbrella by Rihanna. Okay, that’s a hot track. Maybe the logic isn’t all that off.

*Brett Favre was the starting quarterback for the Green Bay Packers and JaMarcus Russell had recently been selected first overall.

Needless to say, basing decisions in 2014 off of what happened in 2007 is probably dumb.

Brendan Shanahan will not be very good at his new job

Well, this is just terrifying. I’m cautiously optimistic that maybe this isn’t the case, that the two-year extension is essentially just money and not commitment, and that keeping Carlyle around buys Shanahan some more evaluation time (while also improving the odds the team lands Connor McDavid). If he honestly believes Carlyle is “the guy,” well, then, now we’re all in big, big trouble.

The former is just not true – Carlyle’s “system” or style or whatever he suggests the influence he has on a team should be called is now proven to be ineffective. He blatantly values the wrong traits in players and utilizes assets in more or less the most sub-optimal way imaginable. You don’t have to be a fan of the “fancy stats” to understand this or recognize it; the Leafs allowed more shots against than almost any team in league history. Short of having peak-period Dominik Hasek, no team can survive like that. What’s more, Carlyle has shown not only an inability to prevent shots with his system but also an astounding downward trend when it comes to managing a team for possession, a stated goal of said system:

This speaks volumes to me. Your interpretations may vary, but this is Randy Carlyle’s record in one very key area. pic.twitter.com/gImouqB01M

The Leafs are not on the right track. They were bad this season. They were kind of bad last season, too, but a smaller sample, a little luck and a memorable first round series cloud that fact. The team will continue to be bad, because the organization has shown a willingness to trade skill for “Carlyle guys,” who may be the guys you want to go to a real-life war with but are probably not the type of guys you want to try and win a hockey game with.

It’s not only that, but Carlyle has no earthly idea why the team struggled. He called it “mind-boggling,” repeatedly. He’s had a month to decompress and still doesn’t seem to understand that his system, whatever he purports that to be, exactly, hasn’t really worked since 2009. He comes off as inflexible, if not because he’s stubborn then because he’s incompetent.

There was nobody better available / he’s a placeholder

Thismayhave been the logic, though it ignores that pretty much anybody would have been an upgrade. If Carlyle has been kept on and given an extension so he’s not a lame duck (again, it’s “just money” and MLSE here, and an extension didn’t stop them from axing Ron Wilson after a few weeks), maybe it’s under the understanding that the franchise will be shifting the roster to something more in line with Shanahan’s vision for the team, and Carlyle can just deal with it.

In reality, however, this feels like just another in a long line of poor decisions by MLSE. Carlyle is an abjectly terrible professional hockey coach who brings the worst out in many players, has a steeply declining track record and led one of the worst defensive hockey teams in league history last season.But it’s not Carlyle who is going to be told to “just deal with it,” it’s us.

A Brief Aside on Phil Kessel

Phil Kessel is fantastic. He finished tied for sixth in the NHL in scoring this season with 80 points in 82 games, the third straight season in which he’s averaged 0.98 points per game or higher. Since the beginning of the 2011-12 season, he ranks second in the NHL in points to only Claude Giroux with 214 in 212 games. He’s fourth in goals with 94. On a per-game basis, he’s sixth in points (1.01) and sixth in goals (0.44). He ranks first in even strength points in that span, too, with 135, 10 more than the next highest player. If you’re one for the more complex stats, he ranks fourth in that time in Offensive Point Shares, per Hockey Reference.

Without accounting even for the situation,just looking at raw totals, he has unquestionably been one of the NHL’s top-10 offensive players over the past three seasons and probably one of the top-five. In that time, the Leafs have gone 99-90-23, good for 22nd in the league. Also during that time, Kessel has been subject to perhaps the worst situations of any top player.

The table below shows the top-13 even strength point producers over the past three seasons, their zone starts, their quality of teammates and competition, and their most common linemates.

Put succinctly: Of all the top even strength scorers in the NHL over the past three years, Kessel leads them all despite starting in the offensive zone less than anyone else and having the worst non-Oilers teammates of the bunch.

This franchise has been squandering a gift from the hockey gods, and it looks like they’ll continue to do so. Good one, Shanny. Good one.