The Edmonton Oilers are playing the Leafs tonight and boy, what a joke they are.

Here are a bunch of reasons why the Oilers are a joke and also dumb as as bag of hammers.

We could go on with the traditional lens of team evaluation, but that’s boring and nothing you haven’t heard before.

Instead, here’s six beloved Canadian television characters who would have ensured that the Edmonton Oilers were perennial Stanley Cup contenders if they were in charge.

Oilers screwup: One of the most common criticisms of the Oilers’ management is that they made moves to trade away scoring talent that made minimal sense at the time and even less sense in hindsight, as the team is currently 23rd in the league in the “goals for” category. The Taylor Hall for Adam Larsson and Jordan Eberle for Ryan Strome trades saw in both cases the Oilers trade away a former team centrepiece in a one-for-one deal in which they received a lesser talent. Each trade supposedly filled a specific team need,  as they acquired a top-four defender for Hall and cap space for Eberle, which was needed in the future to fit in Connor McDavid and Leon Draisaitl’s long-term deals. But both made the Oilers a worse hockey team and it seems like there were better ways to manage the two situations, such as fielding an offer with draft picks, top prospects, or simply higher-quality players involved in the return. Especially when the Oilers currently have… cap space and Taylor Hall is 18th in the NHL in scoring, there’s an added sting for Edmonton fans looking back at these two trades.

Bedhead’s solution: On the TV Show The Big Comfy Couch, Major Bedhead exists as a mail delivery clown who serves the citizens of Clowntown. As an employee of the state, Bedhead has a deep understanding of efficient allocation of resources and proper operation of municipal affairs. Much like riding a unicycle (his major method of transportation), Major Bedhead understands you cannot simply take away a valuable resource and expect that acquiring a lesser replacement will lead to the same level of production, whether it’s in a fictional clown municipality or on a professional hockey team. While Peter Chiarelli may have traded Eberle and Hall for mediocre returns, Major Bedhead would have considered other, more equitable options to make the infamous trades more favourable for the Oilers.

Oilers screwup: Can we talk about who McDavid plays with? More specifically, can we talk about the best player in the world at his sport having Patrick Maroon as a regular winger?  Maroon, who came in with a career high 11 goals prior to last season when he was placed with McDavid, usually stands in front of the net and lets pucks bounce in off his ass. Any half-decent player should get at least 35 or 40 goals with that kind of service. Imagine only getting 42 points while playing with Connor McDavid. That’s a new level of bad.

Hank’s solution: A diehard fan of the Saskatchewan Roughriders and a dude with a lot of free time as he spends most of the show hanging around at a gas station, Hank understands the value of creating a well-balanced team. Assuming a birthdate for Hank of 1971 as that’s when actor Fred Ewanuick was born, Hank would have seen Grey Cup losses in 1976, 1997, 2009, 2010.  The 1976 Grey Cup was especially rough, as the Saskatchewan Roughriders lost to the Ottawa Rough Riders in a 23-20 game where they lost a 20-13 lead in the fourth quarter. Despite having CFL legend Ron Lancaster at the QB position, the team’s special teams cost them that day as they allowed a 70-yard punt return for a TD and a 52-yard gain off a fake punt from… punter Gerry Organ. Having this scarring experience as a child, Yarbo would most definitely find a way to ensure all aspects of the team were at the highest quality possible. Patrick Maroon would remain the bottom-six forward he is, while Yarbo would try out all options acquiring a more skilled top-half of the lineup.

Oilers screwup: Leon Draisaitl’s second NHL contract was signed this past offseason, which is paying him $8.5 million a year for the next eight years. Many remarked it was a gamble after one great season, especially considering how much of Draisaitl’s production came alongside league MVP Connor McDavid. He isn’t a bad player at all, a bonafide star in his own right. But $8.5 million after one season of 77 points? Was it based solely off his playoff performance, where he put up 16 points in 13 games? In a team that’s looking to contend yearly and save every dollar they can, spending nearly $2 million more than Boston spends on similar star David Pastrnak (making $6.6 million per year) was likely a bit of an overpayment.

The Littlest Hobo’s solution: Look, a dog should never run a hockey team, much less one named “the Littlest Hobo.” But imagine if the Littlest Hobo did? Known for saving people out of dire situations, he’d just bark a lot, and no one would really understand his motives. Contract negotiations would be awful, and he probably couldn’t even sign a piece of paper, let alone an eight-year deal. Leon Draisaitl would probably have to negotiate his own contract, and then, uh, he couldn’t rip off a DOG, could he?

Oilers screwup: The 2015 Draft was a special day in Edmonton, as the Oilers picked Connor McDavid and somehow managed to have a bad day at the same time. The Oilers failed drastically in player evaluation and asset management, trading the 15th and 33rd overall picks to the New York Islanders for former Edmonton Oil King Griffin Reinhart. Reinhart himself was a former fourth overall pick, but nothing in his development showed that he was trending to be a star player. With those picks, Mathew Barzal and Anthony Beauvillier were selected by the Islanders. Barzal has put up 24 points in 24 games in his rookie season, while Beauvillier  Acquired in the expansion draft by Vegas and then put on waivers, Griffin Reinhart has played 7 AHL games this year with the Chicago Wolves and has not recorded a point.

Harold’s solution: Harold Green, the nephew of Red, and a pretty nerdy guy, could have crunched the numbers and calculated the efficiency, (or lack thereof) that was involved in this trade. Harold Green wouldn’t have traded for Griffin Reinhart, citing his weak draft +1 numbers, his draft pick value chart, and Barzal’s high junior statistical production in his draft year that made the trade an absolute steal for the Islanders. No duct tape needed to patch up this disaster of a trade. 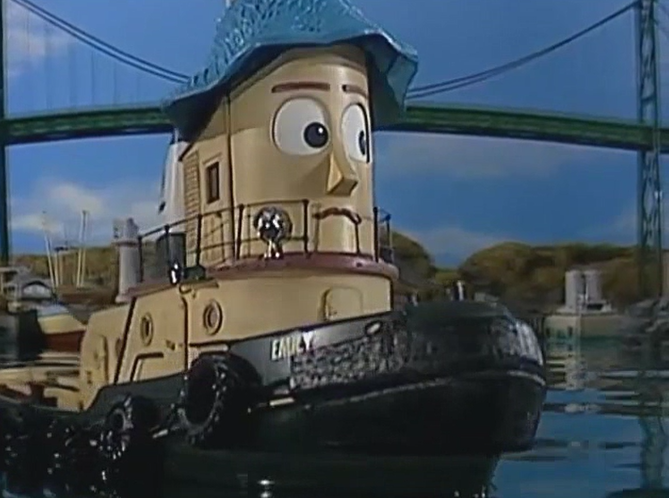 Oilers screwup: Andrej Sekera, the Oilers’ second most-commonly used defender last year has been out for all of this season due to a knee injury. A 35-point man who often played tough assignments and about an even possession player, Sekera definitely has left a hole in the Oilers lineup. The Oilers’ plan to replace him? Wave their hands around and hope it works out. None of the Oilers’ current defenders were new acquisitions, as they simply bumped around their lineup a bit. In a similar problem, Cam Talbot, the Oilers star goaltender from last season, played a career-high 73 games and was in tough to replicate his performance. Many pointed to how he’d never handled such a big workload before, and if he faltered, the Oilers could be in for a rough go-around. This season, he’s struggled heavily, posting just a .903 save percentage in 22 games this year. Backup goalie Laurent Brossoit has been even worse, with a .881 save percentage in six appearances.

Emily’s solution: Emily, easily the best character on Theodore Tugboat, “loves to be admired and hates to look silly in front of her friends, because they always have high expectations for her and look up to her as a leader.”  If Emily were the Oilers GM, she would have looked to replace Sekera with a short-term NHL-ready option with a low cap hit (Cody Franson, maybe?) and acquired a competent backup goaltending option that could step in to replace Talbot when he’s struggling, because she hates to look silly in front of her friends. Unfortunately, Peter Chiarelli did neither of these things, and now looks silly in front of his friends.

Oilers screwup: Kris Russell was a free-agent defenceman last year that a lot of teams were rumored to go to be interested in, before he eventually signed in Edmonton for a one-year deal worth $1.5 million. And last year he was okay, if not spectacular! He blocked a lot of shots, picked up 13 points,  and played 21 minutes a night. The Oilers turned around and gave him $4 million per year for four years, which is weird considering he a) was already 31 years old b) was never worth that much earlier in his career and c) would most likely be a bottom-pairing defenceman moving forward. Unsurprisingly, Kris Russell has already been quite an issue, as his icetime has dropped to just 17:34 a night, he’s posting a -6.6 Corsi % relative to his teammates, and often just looks completely lost on the ice of a team that’s struggling to keep the puck out of their net.

Mona’s solution: Mona, the protagonist of Nanalan’  (that weird-as-heck children’s show that ran on CBC), is a green puppet 3-year old girl (Mona) who likes spending time with her grandmother, Nana. Much like the Littlest Hobo, no child should be tasked with any job, much less running a professional hockey team. However, Mona learns a number of valuable lessons during her time with Nana, and Nana’s dog, Russell.

Just look at these plot synopses:

Simply, due to her experience with Russell the dog, Mona would not sign Kris Russell to a four-year deal for four million per year. That’s longer than her whole existence, and as she’s only three, could probably not comprehend just how long that timeframe is. Plus, she already has one Russell to take care of. Why would she need two? Even if it was due to the mind of a confused green toddler puppet,  the Oilers would have cast off Kris Russell and his big scary contract. He would’ve hit free agency, and been some other team’s problem.

We’re not saying Peter Chiarelli is a bad GM, but considering there is a very reasonable argument six fictional characters from Canadian television could do a better job than him, it’s not looking great for him either.