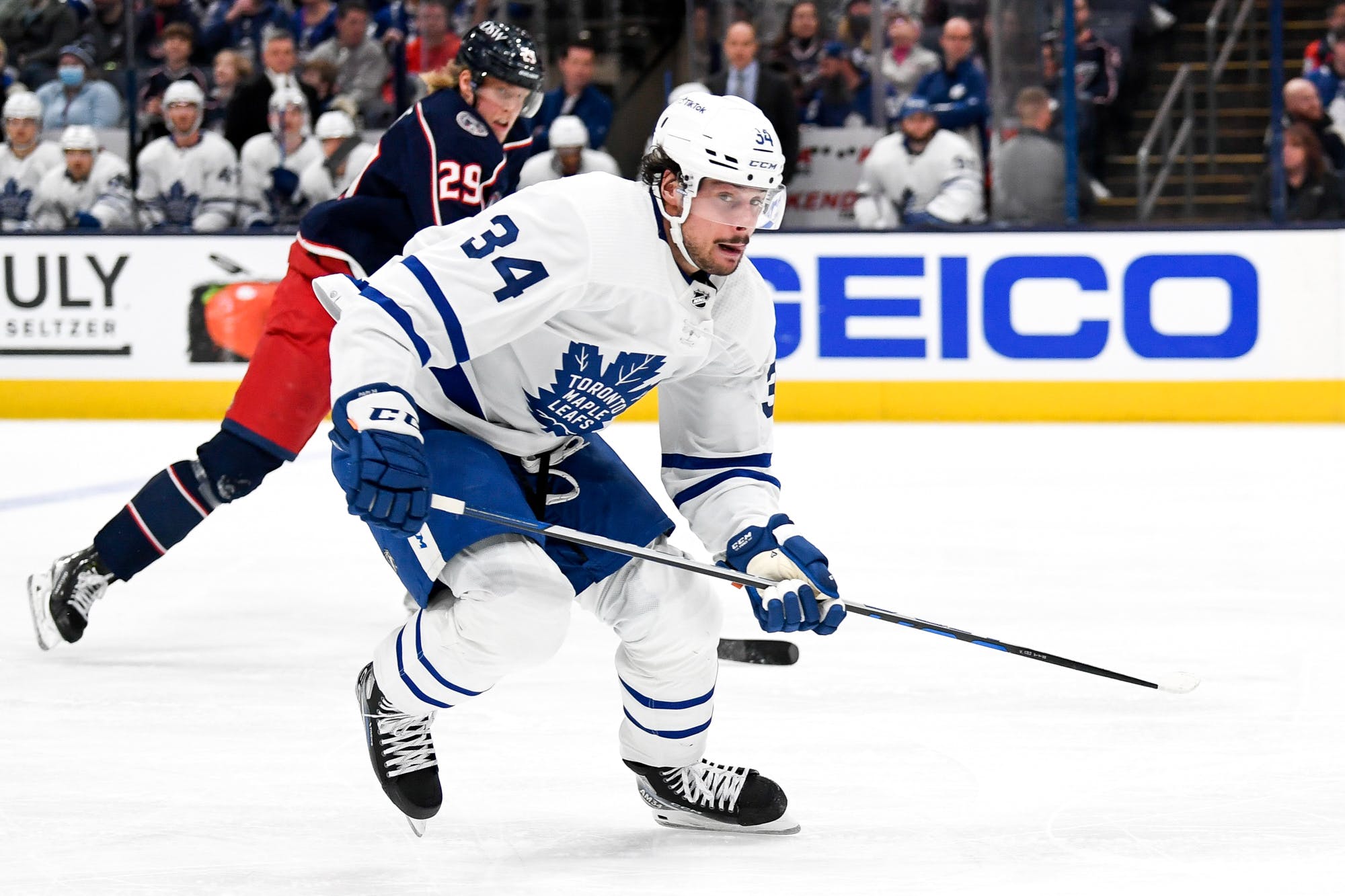 Photo credit:Gaelen Morse-USA TODAY Sports
9 months ago
SUNRISE, Fla. — Toronto Maple Leafs forward Auston Matthews will return to the lineup when his team visits the Florida Panthers on Saturday.
”I’m excited to get back in,” Matthews confirmed. “It’s obviously a very important game for us.”
Matthews missed the last three games with an undisclosed injury. The forward said it occurred in his last game played against the Ottawa Senators on last week.
”It was just an awkward little collision,” Matthews said. “Nothing too crazy, I just kind of put myself in a bit of an awkward spot that just kind of caught me.
With four games remaining in the regular season, Matthews currently sits at 58 goals and is just two away from becoming the first player to hit the 60-goal plateau since Tampa Bay Lightning forward Steven Stamkos hit that mark during the 2011-12 season.
The Leafs begin a set of games in back-to-back nights as they visit the Washington Capitals on Sunday. There was some thought about holding Matthews out the lineup until Sunday, but the player was insistent on returning to action on Saturday.
”Just like we would for any other player coming off injury we’ll see how we get through today then make a determination from there.” Keefe said.
The exact nature of Matthews’ injury was never disclosed by the team. Keefe did indicate this past week that it was something the star forward had never dealt with before.
”I think it’s just something you just kind of have to manage moving forward,” Matthews said. We’ve got a great medical staff here and it’s something I can work through and we’ve done a really good job of helping it feel better and just doing everything I can throughout the week to improve different areas and just as feel as good as it possibly can.”
Defenceman Jake Muzzin, who has also sat out with an disclosed injury will remain out of the lineup. Forward Ondrej Kase and defenceman Rasmus Sandin are not on the trip but it’s expected Sandin will start practising with the team when they return following the road trip.
POINTSBET IS LIVE IN ONTARIO