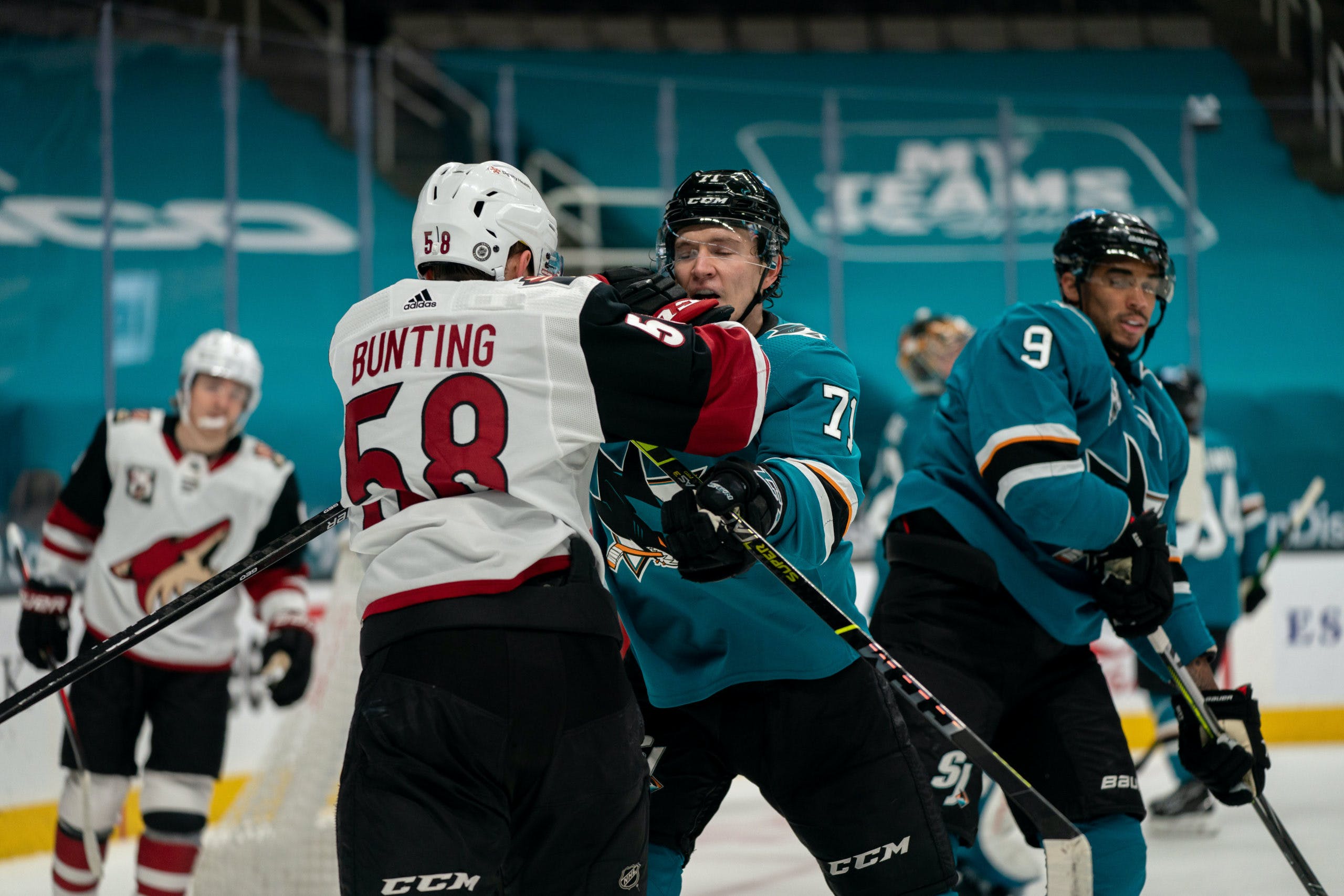 By Jon Steitzer
1 year ago
You know it’s free agency season when you have Bob McKenzie stepping away from the lake to chase down rumours about a player with 26 NHL games to his name.
Nevertheless, @Michael Bunting has been a favourite free agency target of the writers on this site, and Leafs nation at large so news like this is encouraging…
The fact that there is competition for Bunting is the first thing to take away from this. And there’s likely a lesson being learned from what Florida was able to accomplish by taking a chance on players like Duclair and Verhaeghe last season.
A lot of Bunting’s appeal, besides the fact that he isn’t going to cost a ton comes from the fact that he’s been considered a bit of a Brad Marchand lite. A skillset that hasn’t really been present on the Leafs since @Nazem Kadri departed. There’s also the whole 10 goals in 21 games last season, that he put up largely playing with @Conor Garland and @Nick Schmaltz. Perhaps another lesson that we are learning here is that he can comfortably compliment top six forwards.
Of course there’s a lot of risk here. A Group VI free agent is literally someone who hasn’t been given enough games in their time under contract to remain a restricted free agent. Why has Bunting failed to crack the Coyotes roster fulltime until late this year? There are late blooming elements, there’s the inability of a bad team to identify the talent they have, but there is also the issue that player himself might not be a sure thing. I say that as someone who 100% wants the Leafs to take the chance on Bunting.
In addition to the Dubas and Keefe connection, Bunting is also from Scarborough and fills that important GTA aspect that matters to a large section of the Leafs fanbase. As a group VI free agent, he’s younger, so the Leafs are adding someone who will be 26 at the start of the season, not pushing 30 like the majority of free agent targets, and of course he’s cheap with upside, which is something the Leafs chased last year with @Jimmy Vesey, and while they won’t get Bunting at a Vesey price, he still represents a cheaper with higher upside target.
It will be interesting to see how this plays out, as former Soo Greyhound Ron Francis has already mentioned his fondest for Greyhounds alumni as well, and they can throw a bit more money at Bunting than the Leafs can and possibly offer him an elevated role in the lineup. Still, the Leafs certainly have an inside track, and we don’t really know who else is interested at this point.
Still if McKenzie is betting on the Leafs bringing in analytics darling with a Greyhound past, and a residence in the GTA, who are we to question him?
Related: