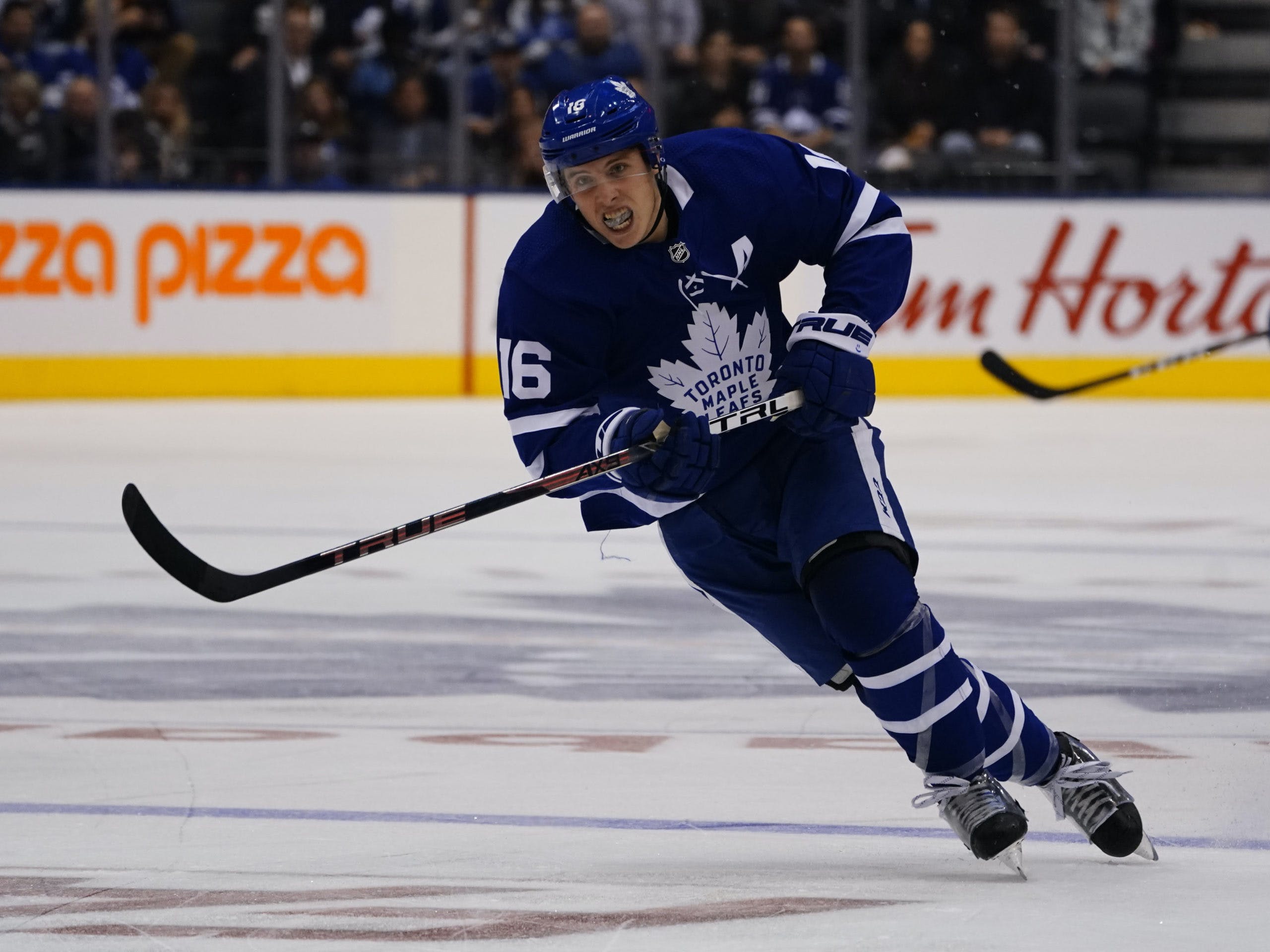 By Nation World HQ
1 year ago
by OddsShark (@OddsShark) – Sponsored Post
The Toronto Maple Leafs have regained betting value after a rough defeat, which might benefit bettors who are not scared off by injuries or an inauspicious moneyline history. The Maple Leafs are -145 favourites and the Calgary Flames are +125 underdogs with a 6.5-goal total on the NHL odds for Wednesday at sportsbooks monitored by OddsShark.com.
After a 3-0 defeat against Calgary on Monday, Toronto is just 4-9 in its last 13 home games as a moneyline favourite of -135 to -155 at online betting sites. The total also finished UNDER in nine of those matchups. Calgary is 8-4 in its last 12 away games as a +115 to +135 underdog, with a 6-6 OVER/UNDER split. Head-to-head, the Maple Leafs are 5-5 in their last 10 games as the favorite against Calgary, with the UNDER hitting seven times.
Flames vs Maple Leafs | OddsShark Matchup Report
Monday’s result notwithstanding, Toronto’s advanced stats offered some positives on the night. The Maple Leafs earned the edge over the Flames in shots-for percentage (53.5), expected goals-for percentage (69.0 xGF%) and high-danger chances share (72.7, their third-best of the season) in the five-on-five phase, according to Natural Stat Trick. (All advanced stats include only five-on-five play unless noted otherwise.)
The Flames, who are 9-9-1, broke a slump with their win against Toronto on Monday, although the result required a bit of a rope-a-dope approach. The Sean Monahan-Johnny Gaudreau-Sam Bennett line accounted for the contest’s only five-on-five goal, but they were the only Calgary line to exceed 40 percent (48.7, to be exact) in score-adjusted xGF%, according to MoneyPuck. The Flames got away with an off night from the Elias Lindholm-Matthew Tkachuk-Andrew Mangiapane line at even strength. Tkachuk did factor in both Calgary power-play goals.
Calgary is 19th in the 31-team NHL in share of shots for (49.1 percent), as well as sixth in xGF% (52.6) and ninth (52.5) in share of high-danger chances. The Flames are 23rd in goal scoring (2.58 per game) and 18th in goals against (2.84). Calgary boasts the 15th-ranked power play (21.6 percent) and 15th-ranked penalty killing unit (79.4).
A team’s two goalies usually split the starts in a two-game series. Jacob Markstrom has an 8-6-1 record with a 2.87 goals-against average and .909 save percentage this season. However, the Flames’ No. 1 goalie is 2-6-1 with a 2.96 GAA and .897 save percentage in 10 career games against Toronto. David Rittich, who is 1-3-0 with a 2.36 GAA and .909 save percentage after his shutout on Monday, has fared well against Toronto in a small sample – 3-1-0, 2.21 and .934 in four career games.
The Maple Leafs’ 14-4-2 record includes a 4-0-1 mark after losing in their previous game. But beyond Auston Matthews and Mitch Marner up front and Morgan Rielly and T.J. Brodie on defense, the Maple Leafs lineup is in a state of flux due to the absence of big-bodied defenseman Jake Muzzin (face) and wings Alexander Barabanov (COVID19 protocol), Zach Hyman (foot) and Joe Thornton (undisclosed). Toronto still generated scoring chances on Monday while putting the forward lines in a blender. John Tavares had a team-most 0.842 expected goals (all situations) on Monday, while depth forwards Travis Boyd and Jimmy Vesey will get power-play time with Matthews and Marner.
Toronto is 24th in the NHL in share of shots for (48.8 percent), as well as 15th in xGF% (51.1) and 13th (51.3) in share of high-danger chances. The Maple Leafs are third in goal scoring (3.60 per game) and 10th in goals against (2.70). Their power play is tied for first (33.3 percent) and their penalty killing unit ranks 17th (78.8).
Michael Hutchinson, 1-1-0 with a 3.05 GAA and .914 save percentage, might get his second start in a row. Hutchinson is 2-4-0 with a 3.32 GAA and .900 save percentage in six career games against Calgary. Frederik Andersen (lower-body injury), Toronto’s No. 1 goalie, did not practice Tuesday. Andersen is 11-3-2 with a 2.69 GAA and .905 save percentage this season. He is also 9-2-2 with a 2.48 GAA and .916 save percentage in 15 career games against Calgary.
Toronto has two days off after Wednesday’s matchup to regroup for a five-game, eight-day road trip that starts with three matchups against the Edmonton Oilers.
Check out OddsShark on Twitter and Instagram or head to YouTube for analysis on this week’s top games. As well, the OddsShark Computer serves up daily NHL picks for bettors.
Content
Odds News
Recent articles from Nation World HQ