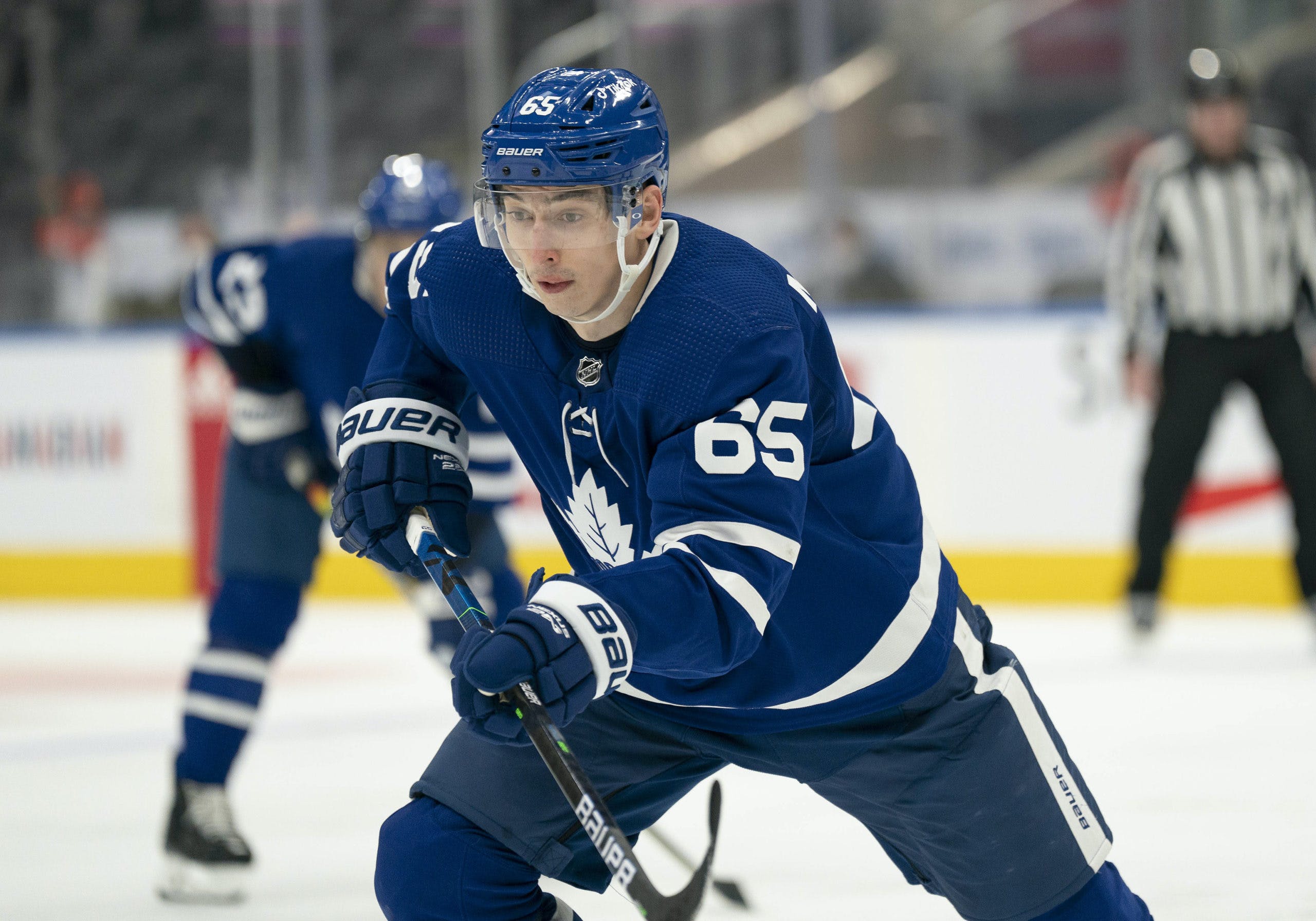 By Jon Steitzer
10 months ago
We should just be able to enjoy nice things, and at this exact moment, Ilya Mikheyev is a nice thing for Leafs. His return from injury has seen him pick up 4 goals (5 points) in 5 games. He’s playing 16 minutes a night, and he’s still one of the fastest players in the game. Yes, it sure is good to have Ilya Mikheyev, right now. And yes, as I wrote this yesterday I knew that Mikheyev would be good for a big night in Vegas.
Niceties out of the way, we are also talking about a pending unrestricted free agent, and when it comes to players like that, inevitably we need to discuss how much it costs to keep them. I’m not really sure that is the case with Mikheyev though, as there really isn’t a path to keeping him beyond this season.
While Jonas Siegel of The Athletic explored at great length the cost of keeping Mikheyev, and the value you brings to the team, the realities of the Mikheyev situation can really be boiled down to a much more simplistic argument. The Leafs will have cheap forward options available, and they have too many other priority players to sign.

Assuming the salary cap still gets its bump up to $82.5M from $81.5M this season, that leaves Toronto with around $7.25M to spend over the summer. That’s not a lot. If it was just one or two players, we’d probably be okay with that. In reality the Leafs have 9 of their current forwards under contract for next season, 5 of their current defensemen under contract, and one of their goaltenders, meaning that at an absolute bare minimum the Leafs are needing to spend $7.25M on four players, or $1.81M AAV per player. It certainly gets more complicated when some of those names include Jack Campbell, Rasmus Sandin, Timothy Liljegren, and Ondrej Kase. A player like Jason Spezza, if returning, is a convenience and could mean the Leafs have around $2M per player to work with, none of which matters when part of the equation includes your starting goaltender, who likely eats up close to the entire available cap space on his own. Mikheyev is down the priority list, and even if everyone comes in at a bargain, the Leafs are going to be shedding salary to bring back players who are prioritized ahead of Mikheyev. If Campbell signs, Mrazek is likely part of that outward shuffle. Nick Ritchie, Alex Kerfoot, Justin Holl, and even Jake Muzzin could also be part of a potential roster overhaul too. Assuming all or some of those moves happen, maybe there is some space for Ilya Mikheyev.

Too many viable depth options

Sooner or later it’s going to be Nick Robertson’s time in Toronto. The same is likely true for Josh Ho-Sang, who has taken some big steps in the AHL this season to show that he is deserving of a shot at the NHL. The continued dominance of Alex Steeves at the AHL level isn’t something that can be ignored either, and with Joey Anderson under contract for another season as well as Kyle Clifford potentially willing to work for cheap in Toronto, the middle and bottom six roles could be addressed without spending money on the wing. All of this before factoring in Rodion Amirov, who could also be coming over next season and competing for a NHL job. Although one of the best cases for keeping Mikheyev might be to have him as a Russian speaking presence in the locker room for the young prospect first coming over to North America. Although, I’m not sure if that’s worth blocking other prospects from roster jobs for, nor spending the $3.3M AAV that Siegel projected in his article.

The cost of Mikheyev

The projection of $3.3M for Mikheyev does seem high, even with the relevant comparitors and Evolving Hockey’s 2019-20 contract projection for Mikheyev being $3.1M. The cap has remained flat enough that teams are going to be frugal, or at least should be frugal when it comes to what to date looks like a third line talent. Speed means a lot in the NHL though, and the flashes of brilliance could warrant some interest in Mikheyev, but with a bit of term, it seems like $2.5M AAV is far more likely, and even that may be too much for Toronto.
There’s also the fact that Mikheyev did request a trade in the offseason, and if he is adamant he can find a better situation for him in regards to ice time and special teams elsewhere, he might not even consider Toronto as an option.

Where does that leave things?

From the beginning of this post I’ve stated that you shouldn’t plan on Mikheyev being back next season. I stand by that. And while with an inevitable parting of ways our minds sometimes turn to trades so something can be gained for him, Ilya Mikheyev definitely falls in the category of being good enough that you want to keep him because the return for him isn’t going to justify making the roster worse.
While by Leafs standards Mikheyev might be one of the more expensive bottom six forwards on the team, it’s his upside of when things are going right for him that makes him an important piece to hang onto for the remainder of the year, as he is likely to be valuable in the post season, especially as a penalty killer.
After a rough 2020-21 season, Mikheyev’s return this year has made me eat a lot of my words on how skilled he is, but when we are looking at the future of the Leafs it’s hard to justify spending more money on a player that Sheldon Keefe has had a hard time finding a defined 5v5 role for in the lineup.
Data from Hockey Reference, Evolving Hockey, and PuckPedia
Uncategorized
Recent articles from Jon Steitzer