Leafs by the numbers: Auston Matthews 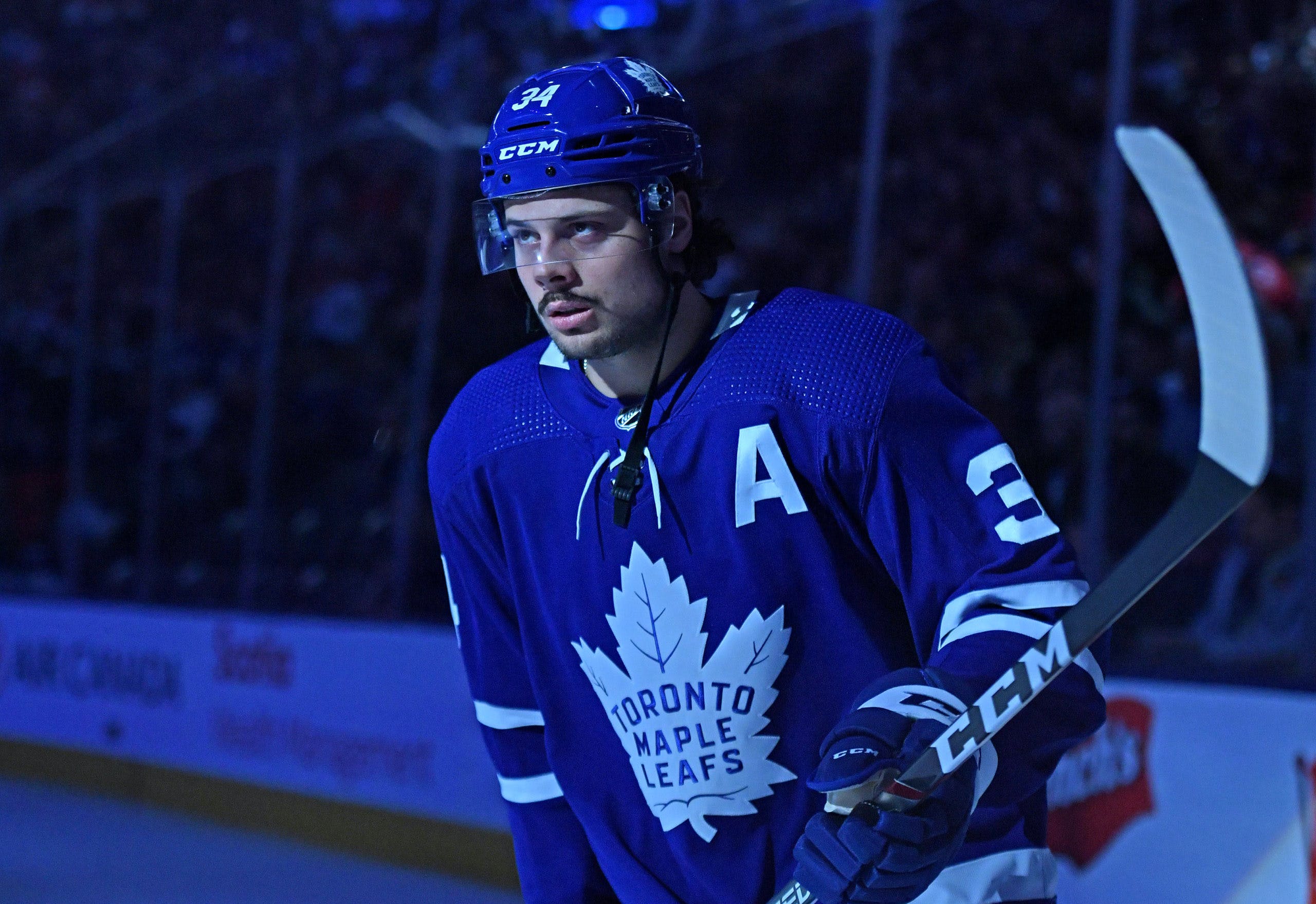 By Nick Barden
1 year ago
Every year, I try and look back on certain players’ past seasons and try to prepare myself for what’s next with that player. Today, I try and predict how @Auston Matthews plays in this upcoming season.
If you’ve forgotten, the 23-year-old was one goal off of a tie for the Rocket Richard trophy. Both @David Pastrnak and @Alex Ovechkin had 48 goals, while Matthews had 47. More importantly though, he had 35 even-strength goals which was a tie for the lead league, with again, Ovechkin.
Matthews has been one of the most dominant players since entering the NHL back in 2016 — growing into the two-way centre that we all imagined him to be. He has 158 goals and 127 assists in 282 games, which puts him 19th in the NHL for points since his draft day.
I know we can all agree that he’s a great player. Scoring goals, getting back in the play when it’s in the Maple Leafs’ zone, and even picking the pockets of other players (which he’s incredible at) are all massive attributes to his game. However, there’s one attribute that he’s brought with him to the NHL that’s made him such an incredible player to watch.

This number has transformed him into the player that he is today. 121 represents the amount of even-strength goals he’s scored since the start of the 2016-17 season. It’s the most of any player in the NHL since then.
Behind him — you guessed it — Ovechkin. Again. Only five goals behind Matthews. If we want to go more in-depth, the 23-year-old has 109 five-on-five goals since his entry into the league — it’s the most of any player since then. Matthews has been one of the most dominant players at five-on-five and he’s only going to get better from here.
It’s not just about the goals, but about the timing of the goals too.
This goal may not mean anything to you because the Maple Leafs were eliminated by Columbus in the next game but it was the most important Leafs goal that I can remember. It was also the goal that I’ve yelled the loudest for.
He’s also made Ray Ferraro moan, which to me is an incredible accomplishment.
He scores the goals in the big moments and that’s what you need from a player of Matthews’ caliber. The 23-year-old is one of the most important players on the Maple Leafs and to me is the best offensive player on the team.
Since the 2017-18 season, Matthews has had 1.53 Goals/60 at five-on-five — the best in the entirety of the NHL for players who’ve played 200 or more games. Now, that was a lot of numbers to take in regarding the 23-year-old’s dominance, but now we’re going to cover why he’ll be even more dominant in the 2021 season.
Let me just start by saying that the Selke Trophy is awarded to the player who demonstrates the most skill in the defensive part of their game. Insert Matthews into a more defensive role — Auston Selke Matthews is born.
Maybe I should take a bit of a step back. He’s going to be good, but we should not expect him to win the Selke Trophy unless we see that performance from him. Matthews only had one first-place vote and was 16th in all of the NHL, so he has a ways to go before he’s in that conversation. However, he’s always improving and the Maple Leafs are different this year — anything is possible.
I think it’s okay to expect him to play well because he will. The 23-year-old should be scoring goals at an alarming rate this season with the goalies he has to face. We’ve seen Matthews have Carey Price’s number a lot in his career and to me, the toughest goalie he’ll have to face in the ‘North’ division is @Connor Hellebyuck.
It’s always possible that he wins multiple individual trophies this season, but he’s not worried about that. Matthews wants one trophy and one trophy only — every Maple Leaf does.