Leafs By the Numbers: William Nylander 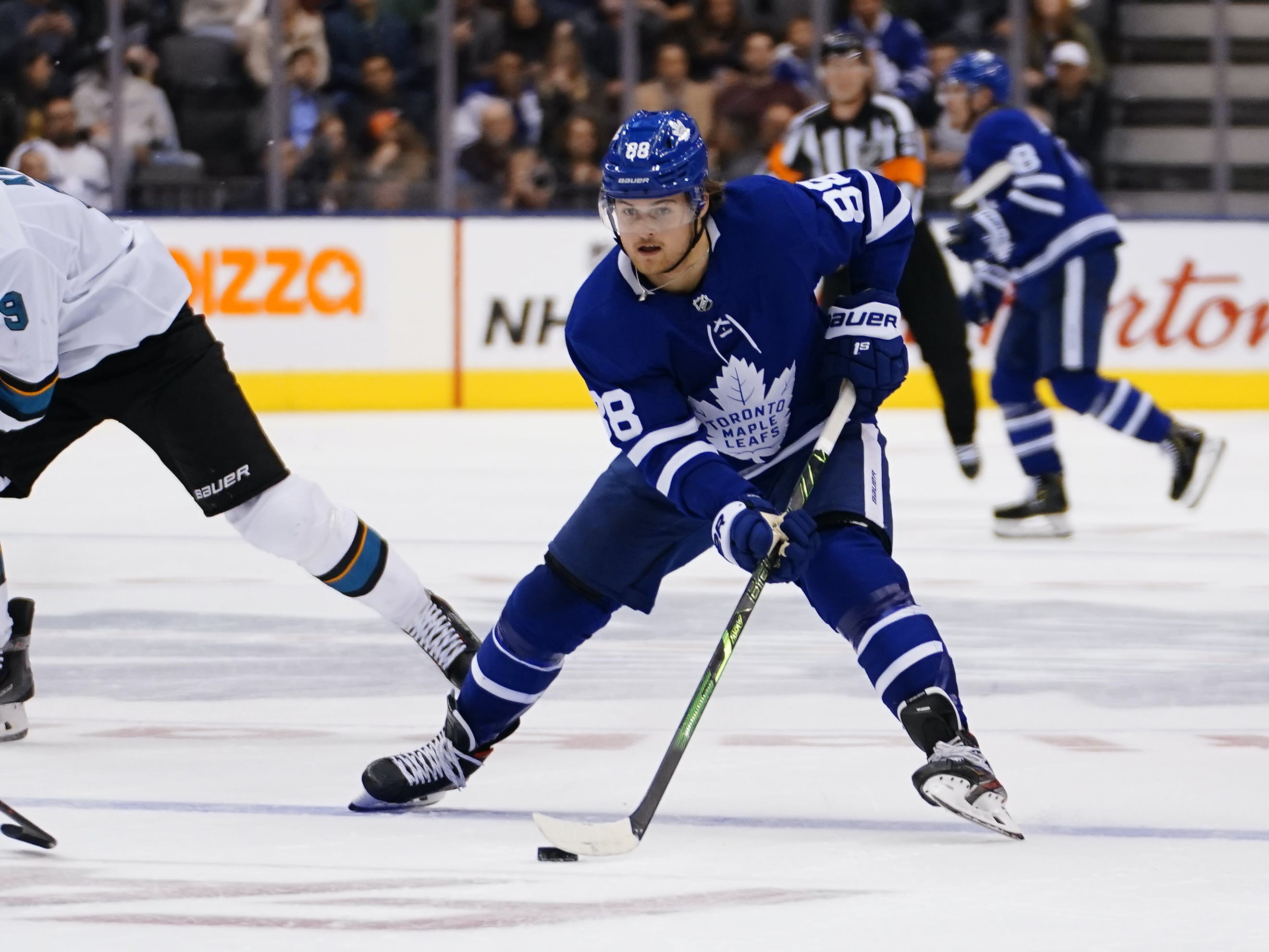 By Scott Maxwell
1 year ago
It’s safe to say that William Nylander had a big year in 2019-20. Going into the season, he was facing a lot of scrutiny for his 2018-19 season, which saw him sit out for the first third of it in a contract negotiation, struggle to get back up to speed in the second third, and then finally regain form in the final third, but was never really given a shot to prove it. He responded with a career year, blowing his career high in goals out of the water with a 31 goal season, and falling just two points short of matching his career high in points (although his pace through a full 82 games would’ve been 71 points).
The biggest difference for him was having a coach who actually trusted him, and gave him significantly better minutes than his 2018-19 season, especially with his power play usage. His 2:53 PP TOI/game was the highest of his career, significantly more than his previous high of 2:21, and would’ve resulted in an almost 50 minute increase in his totals had he played a full 82 games. Another reason for his career year was how he changed his game, and went to the net a lot more.
That’s why William Nylander’s number is 27.
27 is the number of goals William Nylander scored in front of the net this season (by my own eye test). Whether he was driving the net off the rush or parking himself in front, Nylander’s biggest improvement was being in front of the net to either receive the pass or bury the rebound.
That’s not to say that he hadn’t done that before, but he also was a lot more reliant on picking corners from a bit more far out. It was something that looked beautiful when he scored, but when it didn’t, it could be frustrating. One of the bigger problems with Nylander’s lack of goals in 2018-19 was he would frequently try to pick the corners with his shots as opposed to just getting more pucks on net.
Of course, another big reason why he saw a massive uptick in goals is a very simple answer: regression. Going into 2018-19, Nylander had a 11.11% career shooting percentage, but then only shot 5.38% in 2018-19, something that most sound-of-mind Leafs fans knew wasn’t going to last. His response in 2019-20 was to shoot 15.7%, which regressed his career shooting percentage to 11.3%.
Which is one reason why we should be weary of his performance this season. It’s highly unlikely that he shoots 15% again this season, and instead shoots closer to his career 11%. If you take into account his shot per game totals from last season, his career shooting percentage, and the shortened 56 game season, his projected total is 18 goals, which is still a significant stride for him, since that would be a 26 goal season in a full 82 games.
Another big impact on his goal totals this season might be who he plays with. If he plays with Matthews, it’s likely he gets more assists than goals just due to Matthews being the better goal scorer in that duo, so he’d be the more likely shooter, although Nylander’s better net front presence now might mean he gets more rebounds off of Matthews shots as well. But, if he plays with Tavares, he might see his goal and assist totals bit a bit more even like his 31 goals and 28 assists in 2019-20, since both players have shown that they can score goals and set up plays at a similar level.
That said, we should also remember that at age 24, Nylander is entering the prime of his career. A lot of players usually see their best seasons in that 24-26 age range, even the likes of Sidney Crosby and Evgeni Malkin, so there’s a decent chance that we might even see Nylander’s best season yet. Whether he puts up a ton of assists, becomes a better volume shooter to help keep his goal totals from falling, or even evolves his defensive game to become a better all around player, we likely still haven’t seen the best of Nylander yet so it’ll be interesting to go from here.
If you talk to the average Leafs fan, they’ll probably tell you that the Leafs elite core consists of Tavares, Matthews, and Marner, with Nylander in the next tier, but if you talk to the more analytically inclined Leafs fan, they’ll easily consider him as part of the core. With Nylander slowly learning to evolve his game over his five NHL seasons, and the fact that he’s entering his prime, I think there’s a very good chance that he has a season good enough to finally get everyone to realize that he’s a part of that core.
But then again, his critics seem to have made up their mind as to what kind of player he is, and always will be.