Leafs by the Numbers: Zach Bogosian 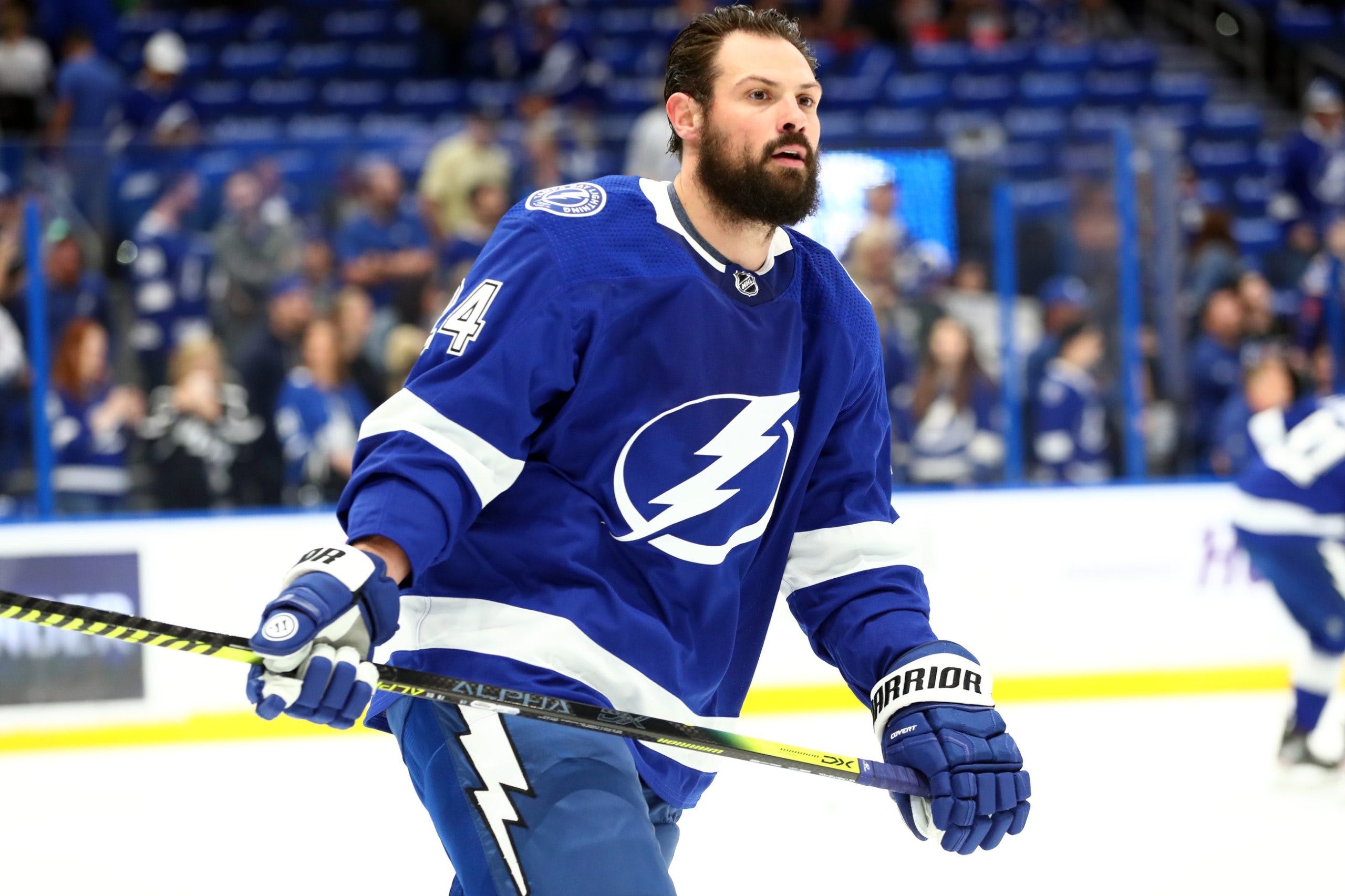 By Michael Mazzei
2 years ago
Around this time last year, you probably wondered why @Zach Bogosian managed to remain part of an NHL roster in spite of a lack of playing time and a decline in play. Regardless of what was the root cause of the regression, it appeared all but certain that he would see his hockey dreams end as a member of the Buffalo Sabres.
Following a lengthy dispute with the team that was capped off by a refusal to report to the Rochester Americans, the Sabres decided to release him and make Bogosian a free agent around the trade deadline. As if the stars aligned, he ended up signing with the Tampa Bay Lightning and found new life in his career. He even made his first appearance in the playoffs and helped his new team capture the Stanley Cup.

That’s why Bogosian’s number is 20.

It’s how many playoff games he appeared in for Lightning inside the bubble. To say he made the most of those games would be a massive understatement. You could even suggest that these contests are a big part of why he is paid $1 million to play for the Leafs.
In those 20 games, he recorded four points (all of them being assists). Although it may not sound like a lot, just remember that one of those assists was highlight-reel material.
The thing about Bogosian is that he wasn’t asked by the Lightning to be an offensive defenceman as his point total placed him 15th on the Bolts in playoff scoring. Instead, he was tasked with shutting down the opposition both at even strength and on the penalty kill. It’s what he did in spades all postseason long and did not look too out of place alongside the likes of @Victor Hedman and @Ryan McDonagh. I’d imagine his game appearances wouldn’t have been so high should that have not been the case. For instance, teammate @Braydon Coburn plays a similar brand of hockey and he only played three games for Tampa during the 2020 playoffs.
The underlying metrics also paint Bogosian in a positive light, sample size be damned:
All numbers are at 5v5
Beyond just playing the best hockey of his life inside the bubble, Bogosian also brought the physicality that has remained his bread-and-butter throughout the majority of his career. While it sometimes left him out of position on goals against, it wasn’t a huge detriment against his team much at all.
That, combined with the aforementioned aspects of his on-ice performance, played a factor in a playoff run that helped his new team win their first Cup in nearly two decades. Not bad for a guy who could barely crack the 2019-20 Sabres lineup just months prior.

It doesn’t take a rocket scientist to conclude that Bogosian is going to be a considerable upgrade over guys like @Cody Ceci (who was given way too big of a leash) and bring a different element to Toronto’s blueline. His grit and tenacity will be a welcome addition to a team that could benefit from a player who can box out his opponents and stand up for his teammates when the physicality ramps up. Even though there won’t be any fans in attendance to watch him, I wouldn’t be too surprised if his hits result in a lot of noise.
This is not to suggest that Bogosian is going to become a regular in the Leafs lineup this coming season, but he will be getting some significant playing time on a team hoping to go deep in the playoffs. He might only have one postseason appearance to his name, but he made the most of it by helping his team reach the hockey mountain top. That alone should help inspire his new teammates should another opportunity to exorcise their demons presents itself.
All of this was only possible because of his impressive showing in 20 games during the 2020 playoffs. Had his impact on Tampa been minimal, it’s tough to forecast he would even be a member of the Leafs roster or even making seven figures for the upcoming campaign. Instead, his NHL career is now rejuvenated and he can once again help a blue and white team get over the hump.
All stats unless otherwise noted are from Hockey-Reference.com and Natural Stat Trick.
The chart used is from Evolving Hockey.
All salary information is from PuckPedia.com.
Uncategorized
Recent articles from Michael Mazzei