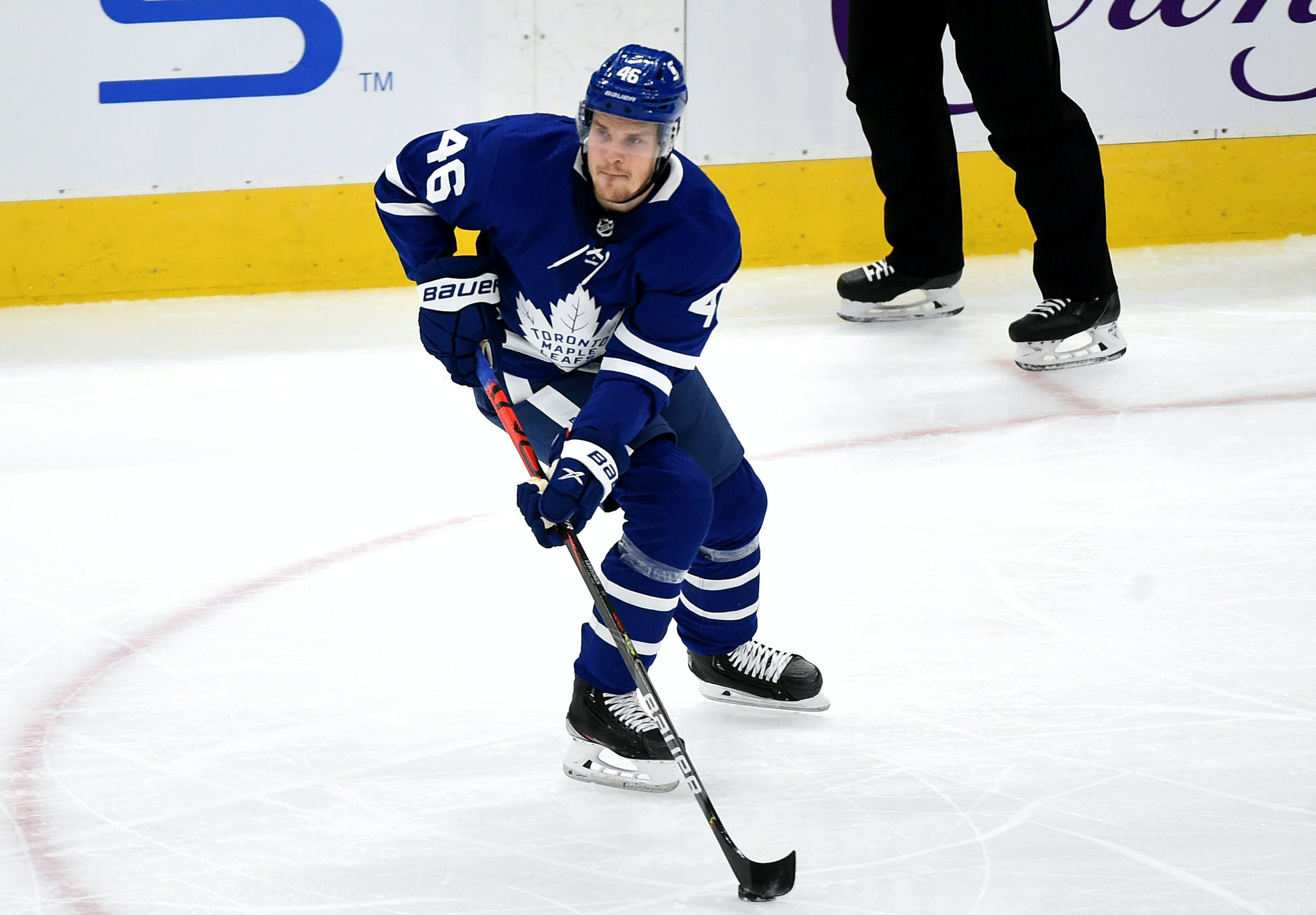 By Nick Richard
1 year ago
The @Mikko Lehtonen era is over. The Leafs announced on Friday that the Finnish defenceman has been dealt to the Columbus Blue Jackets in exchange for 24-year old goaltender @Veini Vehvilainen.
Lehtonen arrived in Toronto with plenty of hype after a season in which he was named the KHL’s defenceman of the year but he was unable to beat out @Travis Dermott or @Zach Bogosian for a regular spot on a greatly improved Leafs’ defensive core. He managed to get into nine games with the Leafs, picking up three assists while showing potential as a powerplay quarterback, but was unable to earn Sheldon Keefe’s trust at even strength.
It is a bit of an unceremonious end for a player that had such high expectations upon signing with the Leafs as an undrafted free agent last offseason but it is clear that the experiment didn’t pan out and the fit never materialized. Dubas did right by Lehtonen in moving him to a team that might be able to provide him with a greater opportunity and bolstered the Leafs’ goaltending depth chart at the same time.
Vehvilainen was drafted by the Blue Jackets in the sixth round of the 2018 NHL draft and played 33 games for their AHL affiliate last season, putting up a 2.76 GAA and .901 save percentage. Expect Vehvilainen to share the Marlies’ net with @Joseph Woll and @Ian Scott when everyone is healthy, but he is a likely taxi squad candidate if an injury arises.
The Leafs would like to have Woll getting regular game action with the Marlies but they have been forced to keep him in taxi squad purgatory in recent weeks with the injuries to @Frederik Andersen and @Jack Campbell.
(Statistics from EliteProspects.com)
Uncategorized
Recent articles from Nick Richard