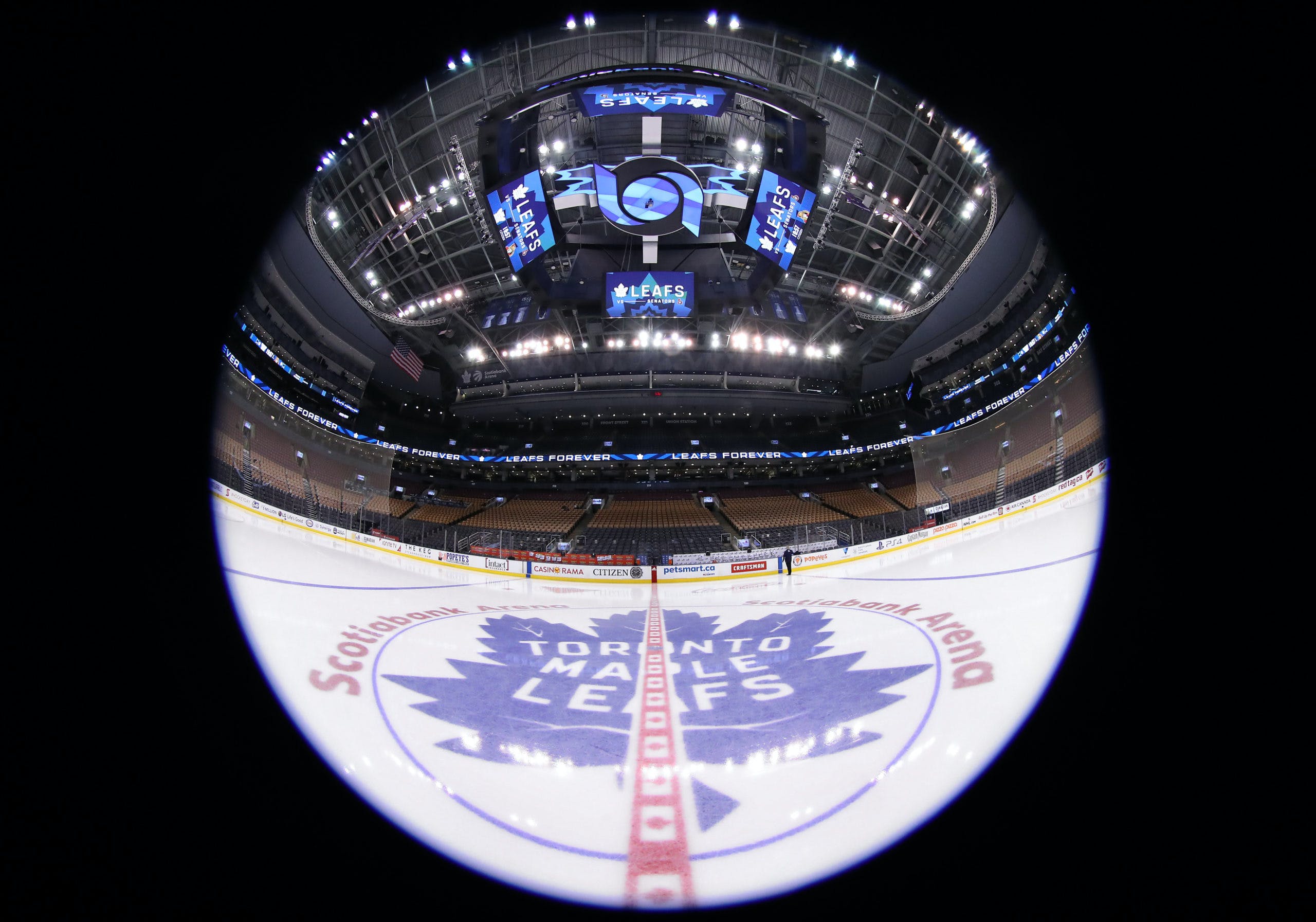 By Zach Laing
1 year ago
The National Hockey League and its player association has announced a new set of COVID-19 measures aimed at enhances what’s already in place.
The league said they will be in place until at least Feb. 28 as they continue to monitor their implementation and effectiveness.
The measures, which were announced and took effect yesterday, will see more testing, stricter quarantines, better masking and the utilization of player tracking, amongst other things.
A pilot project utilizing data from the player tracking system has been launched to work to measure the manager and degree of interaction between players as an enhancement to the contact tracing process.
“The goal of this project is to more precisely determine which people should be considered for enhanced monitoring and/or quarantine based on close contact with potentially infected Players,” they said.
Additional POC testing for U.S.-based clubs
Furthering current testing protocols, the league will be adding point of care rapid testing to be administered on game days to all players, club personnel and on-ice officials that work in or around the benches during games. If a positive test is returned, the individual will be immediately isolated per league protocols. The league said they are working with the Canadian clubs on the availability of similar tests.
“Although these tests have a slightly lower ability to detect the presence of COVID-19 than lab-based PCR testing” the league said, “they will provide prompt, same-day results that will reduce the chance of game participation by individuals who might have active infection.”
At-home quarantines
All players, coaches, training staff, equipment staff and other members of the teams travelling parties will be required to remain at home and not leave “except to attend practices and games, to exercise outdoors on an individual basis, to perform essential activities (e.g., go to the doctor), or to deal with family or other emergencies and other extraordinary circumstances.”
The league said while players were already expected to follow these guidelines, “it is our hope that requiring this measure across the League will reduce risks from community-based exposures.”
Household members are also being asked to limit their activities outside of the home where possible.
Facial coverings
The league is “strongly recommending” teams source and supply group one and two individuals with KN95 masks.
The fact that masks cannot be worn by players on the bench does not mean that they should not be worn in the dressing room,” the league said. “The goal of masking is to reduce total exposure. Therefore, any additional time during which face coverings can be used will help reduce risk of disease transmission.
“Situations such as sitting in the dressing room together pre-game, between periods, and post-game unmasked are more likely to lead to the spread of COVID-19, or possible exposure. Players have been instructed that the use of face masks in the dressing room is therefore important.”
Early detection and reduced interactions
The league and player association will be providing more direct education and access to family and household members. Members of the teams travelling parties are being asked to reduce the amount of time spent in direct interaction with one another:
Revised seating assignments for players with recent positive tests
According to the league, recent evidence is showing individuals “appear to have at least some protective immunity to re-contracting the COVID-19 virus for at least 90 days after their initial infection.” The league said they’ll reconfiguring normal seating in locker rooms, during team travel and at meals “so that previously infected players are seated next to individuals who never contracted the virus.”
The players with presumptive immunity can then be used as a “buffer” for players and staff who are unlikely to have such immunity.
“For example, a Player who tested positive less than 90 days previously should be seated next to a Player who has never had COVID-19, or who has recovered from COVID-19 more than 90 days previously,” they said. “The League is recommending that this measure should be applied not only to Players, but equally to Coaches and other Club staff as well.”
Playing area changes
The league removed plexiglass shielding behind the benches last week and are now removing the glass from behind penalty box areas to allow for better airflow replacing it with mesh or netting.
Genomic sequencing
On a case-by-case basis, positive test samples will be analyzed with whole genomic sequencing to determine specific strain types and to estimate pathways of transmission.
Zach Laing is the Nation Network’s news director and senior columnist. He can be followed on Twitter at @zjlaing, or reached by email at zach@oilersnation.com.
Uncategorized
Recent articles from Zach Laing