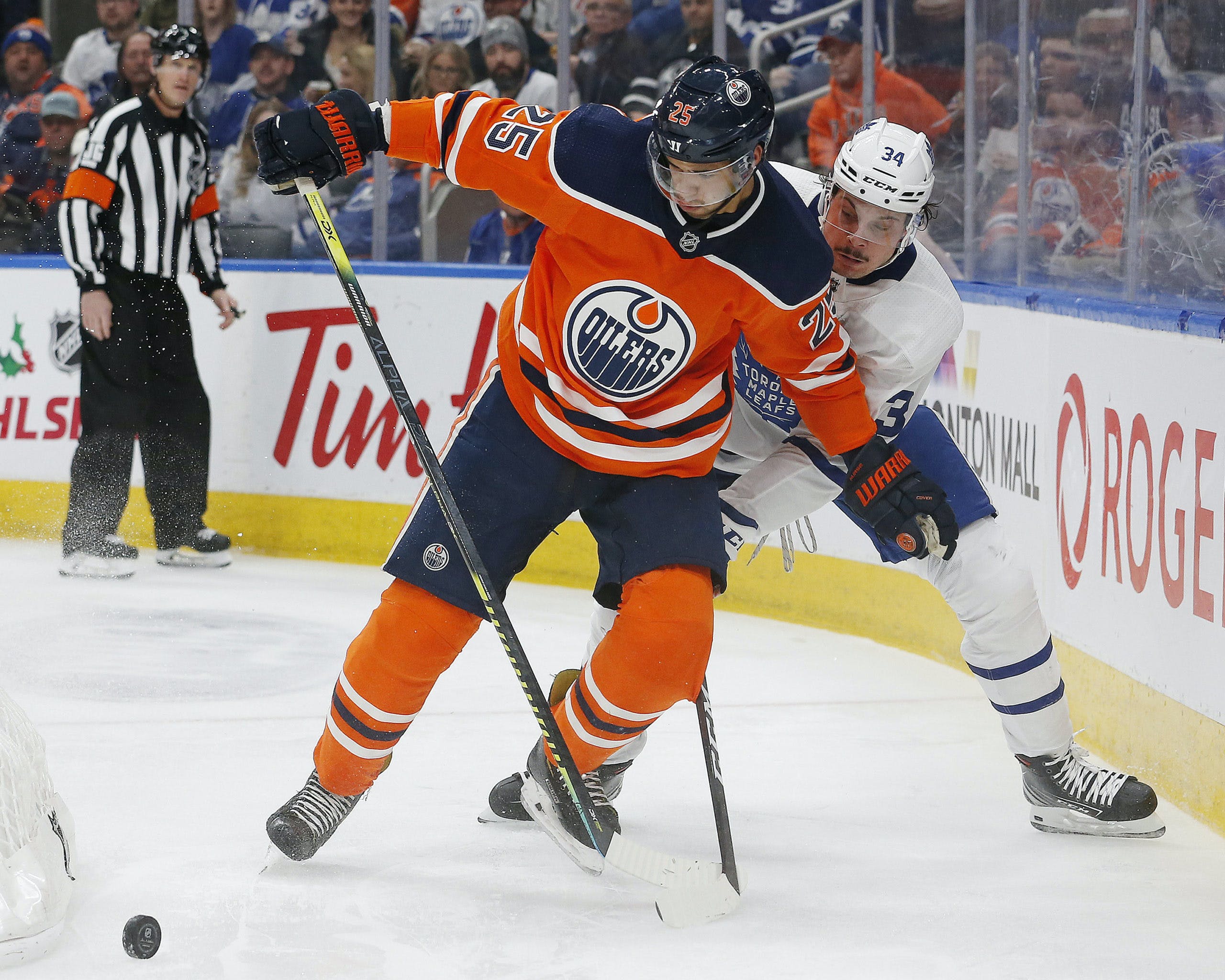 By Nation World HQ
2 years ago
by OddsShark (@OddsShark) – Sponsored Post
The Toronto Maple Leafs have long had the better of the Edmonton Oilers, who are struggling to replicate the strengths that made them road warriors last season. The Maple Leafs are -150 home favourites against the +130 underdog Oilers with a 6.5-goal total on the NHL odds for Wednesday at sportsbooks monitored by OddsShark.com.
Toronto is 8-2 in the last 10 matchups with Edmonton since the 2015-16 season, with a 5-5 split on the over/under at sports betting sites. The Maple Leafs are also 8-4 in their last 12 games as a home favourite with the total going UNDER nine times, and they are also 12-4 in their last 16 home games against clubs from the Pacific Division, where Edmonton plays during a standard 82-game schedule.

The total also went UNDER in 10 of those matchups. Edmonton is 13-7 in its last 20 games as an away underdog with the UNDER hitting 12 times, but Thursday’s matchup is their first away game since March 2020. The teams also have a rematch on Friday.
The Oilers are 1-3-0 despite having played their first four games at home. Connor McDavid has a team-high 61.1 shots-for percentage (according to Natural Stat Trick), but beyond their superstar captain, Edmonton ranks 25th of the 30 active NHL teams with a 45.8-per-cent five-on-five shot-attempt percentage.
Darnell Nurse, Ethan Bear and the defence corps have been overworked, as Edmonton has allowed more shots (109) and goals (11) at five-on-five than any other North Division team.
Last season, Edmonton counted on the NHL’s No. 1 power play to cover up for deficiencies, but these Oilers are 21st (11.1 percent) with the manpower edge and are also ranked 13th (85.7 percent) at penalty killing. It is reasonable to think Edmonton’s power play, with McDavid and reigning scoring champion Leon Draisaitl, will break out soon.
Mikko Koskinen, who is 1-3-0 with a 3.80 goals-against average and .897 save percentage, is Edmonton’s only experienced goaltending option. Koskinen is also 0-3-0 with a 5.05 GAA and .836 save percentage in three career games against Toronto.
The Maple Leafs are off to a 3-1-0 start that is backed up on the analytics side, as they rank first in the league in five-on-five shot-attempt percentage at 58.1 percent. Five forwards, including Auston Matthews, William Nylander and John Tavares, have a shots-for percentage of 60 per cent or greater. Toronto’s Alex Kerfoot-Ilya Mikheyev-Zach Hyman third line should also have a favourable matchup, due to Edmonton’s suspect depth beyond its top six forwards.
Defensively, Toronto is coming off a 3-1 win against the Winnipeg Jets on Monday where it conceded just three high-danger scoring chances, after allowing an average of nine in the previous three games. On special teams, the Maple Leafs have the third-best power play (42.9 percent) and 14th-ranked penalty killing unit (82.4).
Frederik Andersen is 2-1-0 with a 3.32 GAA and .881 save percentage after having a relatively light night against Winnipeg. Andersen is also 12-0-1 with a 2.24 GAA and .928 save percentage in 14 career games against the Oilers. Backup Jack Campbell has only faced Edmonton once in his career.
Following the home double-dip with Edmonton, the Maple Leafs visit the Calgary Flames for games on Sunday and Tuesday.
Check out OddsShark on Twitter and Instagram or head to YouTube for analysis on this week’s top games. As well, the OddsShark Computer serves up daily NHL picks for bettors.
Content
Odds News
Recent articles from Nation World HQ