The Panthers could win the true test of merit, that should be enough 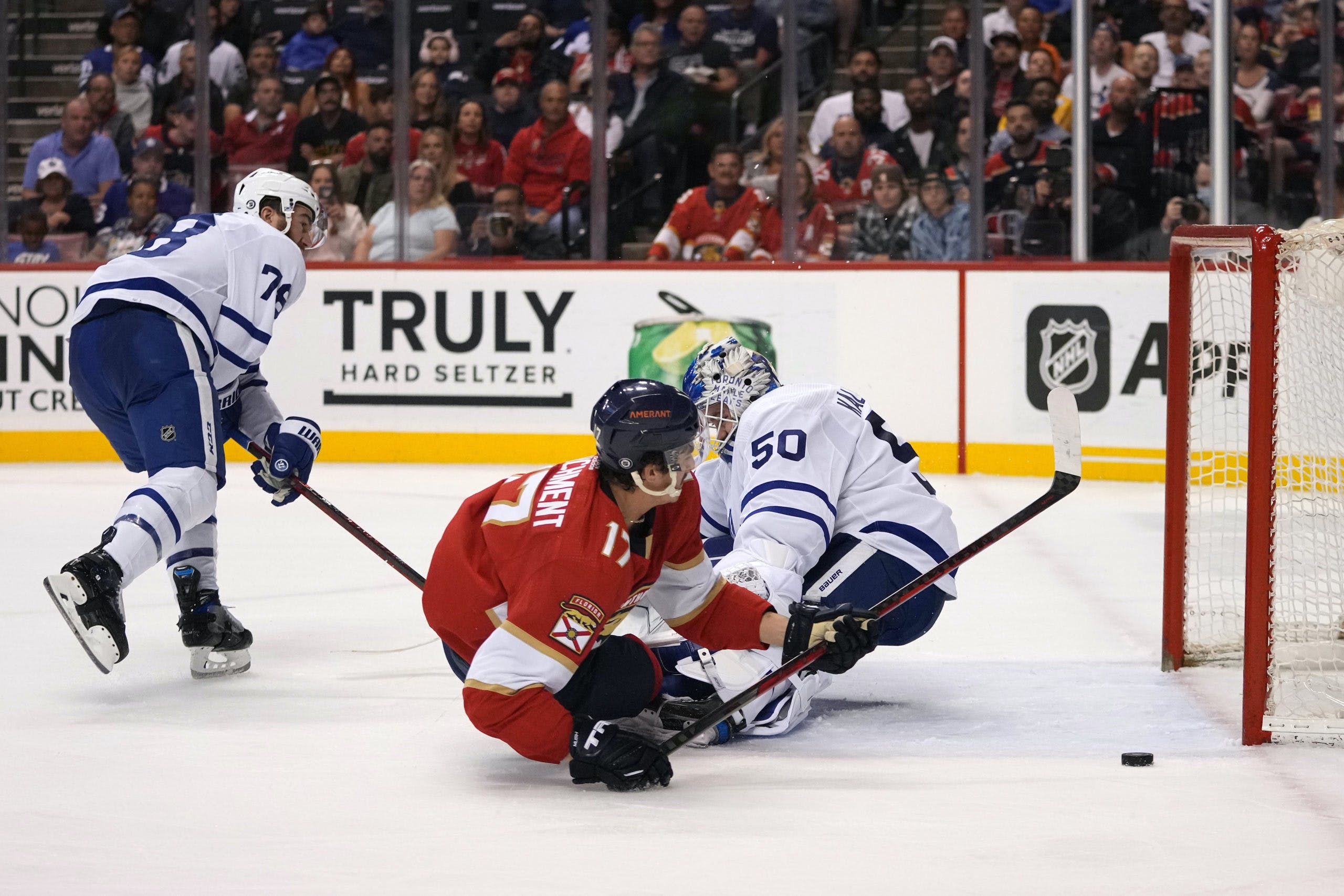 By Jon Steitzer
9 months ago
There’s something to be said for the President’s Trophy. It’s not an easy thing to win, and the Panthers 12 game win streak to pull ahead of the Colorado Avalanche in the race for it, is their commitment to winning the marathon that is the regular season. Whether they win it or lose it, they’ve had an impressive run, especially considering the additional challenge of playing in the Atlantic. The Panthers have the conference clinched and will get the lowest seeded wild card team and a lot of home ice advantage as their reward. It is now statistically impossible for the Leafs to be the lowest seeded wild card, and frankly it’s a bit of a stretch that they won’t be the second seed, so taking a look at the Panthers now is strictly a cart before the horse look to the second round (if our dreams come true.)

Florida by the numbers

By the numbers, the Panthers are better than the Leafs in every way, with the exception of special teams, and perhaps that is something to note and cling to if these teams meet. It’s also interesting that for the most part, the teams are very similar in results, but the two most distinct advantages for the Panthers seem to come from the fact that they have received decent goaltending and didn’t have to deal with their starter going completely off the rails, and have some semblance of an NHL backup.
The other area of concern for the Leafs is the rate at which the Panthers have been scoring from the high danger areas of the ice. Considering that Leafs HDSV% has been abysmal, that is a pretty big window of opportunity for the league’s best offense.

It stands to reason that when you are talking about a team with the best offense, the forward group is going to impress. The Panthers seem to have the Marlies to thank for a lot of that, as Mason Marchment and Carter Verhaeghe have certainly played key roles for Florida this season. Of course, similar to Bunting’s success in Toronto, it has a little to do with who you play with and both have seen their fair share of time with Jonathan Huberdeau, Aleksander Barkov, and Sam Reinhart. Throw Claude Giroux into that mix now, an emerging talent in Anton Lundell, and successful late bloomers in Sam Bennett and Anthony Duclair and it’s a stacked top nine. Throw in a supporting cast that includes Patric Hornqvist, Noel Acciari, and of course, Joe Thornton.
The Panthers have no difficulty rolling four lines, loading up their top nine, or customizing their offense to exploit the weaknesses of their opposition’s defense. A series between the Leafs and Panthers would have to be high scoring for the Leafs to have success, and while the Leafs can certainly take pride in how deep their forward group is, it seems to lack the versatility of the Panthers.

Assuming the Leafs make it to the second round, they will likely be encountering a Panthers team that has seen Aaron Ekblad return. Given that the blueline might be the closest thing to a weakness for the Panthers, that would be less than ideal.
The Panthers defense has some tough to play against aspects with Nutivaara (if healthy), Montour, Weegar, and certainly some tough physical components with Chiarot and Gudas. The solid play of Forsling and Carlsson shows they have depth, but for all the offense coming from the Panthers this year, not much of it has been from the backend. This is relatively speaking and changes significantly with the return of Aaron Ekblad who was close to a point-per-game pace and could have very well been in the Norris conversation before his injury.
Still, the Leafs offensively driven defense might be the equalizer, and to some extent, Toronto can matchup up with the Panthers without giving too much of an edge to Florida.

Sergei Bobrovsky and Spencer Knight haven’t been anything special this year. They’ve received an absolute ton of help from the team playing in front of them, and while they compare favourably to the Leafs netminders, they won’t exactly impede the Leafs high octane offense unless Bobrovsky magically starts living up to his contract, or Spencer Knight has decided this is the time to reach his full potential. Stranger things have happened.
The last two years of Bobrovsky in the playoffs should have Florida a little bit worried that they even see the second round, as last season the wheels came off especially hard, and opened the door for Spencer Knight who ended up looking really good in his two starts. Still, it seems like once you have to go to your backup it’s already too late in the playoffs, so we’ll have to assume the Panthers will once again be living and dying by Bobrovsky, and that levels the playing field, especially with Jack Campbell looking to be more capable in his past couple of outings.

How they beat the Leafs

Pretty much the same way they beat everyone else, but being beyond deep when it comes to talent, and capitalizing on how they were able to overload at the trade deadline. They can beat teams any number of ways, but in reality, it’s going to come down to a good old-fashioned attempt to run up the score.
The Panthers and Leafs face each other for the third and final time tonight, and the series is split so far. With not much stock being put in the remaining lame-duck games of the season, the Leafs and Panthers have seen the Panthers outscore Toronto 11-9 so far. They pretty much need to maintain that advantage while both attempting to go all-in on scoring.

If both teams win their first round, this is the second-round matchup. Presently MoneyPuck puts the Leafs at 63.7% to make the second round, and the Panthers at 63.4% to be there. It may interest you to know the Leafs have higher odds at 35.9% to Florida’s 33.7% at making the third round, so we’ll take that as a vote of confidence for the Leafs against a tough Panthers team.
The Panthers haven’t had as much luck against the Bruins as they have against the Capitals, Penguins, or Lightning, so if that’s how the first round shakes out for them, they could be in a tougher spot.
Both of these teams are in the interesting situation of having terrible records at winning playoff rounds, and the Panthers haven’t won a single round since their run to the Stanley Cup Finals in 1996. Suddenly 2004 doesn’t seem so bad.
So if both teams successfully overcome their histories this could be an exciting second-round matchup in the making.
Data sourced from Natural Stat Trick, NHL.com, Hockey Reference, and MoneyPuck
More from TheLeafsNation.com
POINTSBET IS LIVE IN ONTARIO