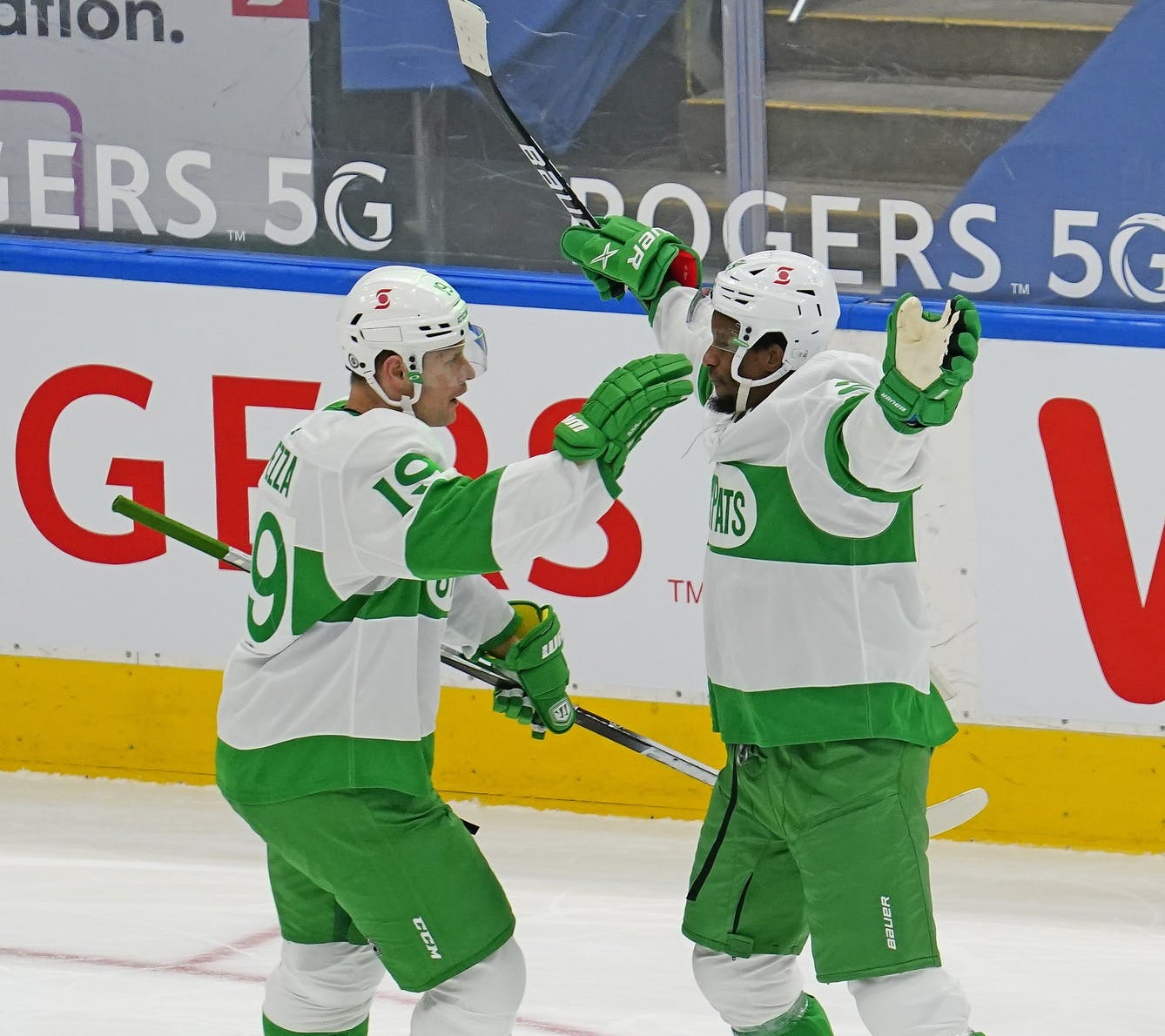 By Jon Steitzer
9 months ago
This week marked the debut of Nick Abruzzese, an exciting prospect that is already 22 years old and could very well be ready to step into a regular NHL role. The same could soon be said of Matthew Knies, and while there is some hesitation about putting him into the NHL too early, it’s very possible he too will get a look. They’ll likely be playing on a line with Colin Blackwell, the prototypical energy line player, and ideal center option for a Leafs fourth line looking to make some noise. Both are exciting options that if they pan out, represent the best opportunity for the Leafs to roll four competitive lines heading into the postseason. The question is, which of the fourth line incumbents will join them, and which one will land in the press box.
I want to start off by quickly dismissing Kyle Clifford from consideration. Outside of the antiquated five minute a night enforcer role, there is very little to gain by having Clifford on the ice, and the Leafs often find themselves playing without the puck even in those highly sheltered situations. With the exception of those rare nights when the Leafs are looking to settle an old score, there’s no reason for Clifford taking up a roster spot on the Leafs.
Both Jason Spezza and Wayne Simmonds are fan favourites. Players from the Greater Toronto Area that grew up Leafs fans, took deep discounts in order to return home for a chance to make the Leafs a better and deeper team to go on a playoff run. A lot of that came with looking objectively at where they are in their careers and giving them roles based on who they are today, not who they were in their prime. On paper, it seems very simple to say it’s time for them to rotate in and out of the lineup, but in practice, it’s probably not anywhere as easy.
Jason Spezza has stepped back into a center role for much of this season, he’s taken on more responsibility at the cost of him potentially being more productive. And as of late, it’s easy to point to his scoring drop-off and say he’s not bringing it anymore, but that ignores that his usage has been far different as of late as well. He’s had a rotating cast of characters and has primarily been given checking forwards to work with. It’s hard to unload clappers from the top of the circle if you are relying on Kyle Clifford teeing you up.

On the flip side you have Wayne Simmonds, a player who certainly has lower expectations when it comes to production, but a much more specialized role as the Leafs’ nuclear option. He’s consistently been willing to use his size, and strength as called upon, but it has been much more of a selective need than what the Leafs have needed more frequently from Jason Spezza, and the underlying numbers don’t support Simmonds usage as they do Spezza’s.

Both players are a difficult case for every night roles, and both show a tough second half of the season kicking in, and while neither has been bad, their numbers put them at the bottom of the Leafs’ roster (as you’d expect fourth-liners to be) with players like Steeves, Robertson, and possibly Knies all looking to make cases for jumping past them in the final days of the season, not to mention what happens if and when Ondrej Kase is ready to return to the Leafs’ lineup.
Sitting Simmonds and Spezza more frequently seems to make a lot of sense. It’s entirely possible that the lighter workload leads them to be ready when called upon come playoff time, and that is something that we can likely count on seeing.
While sitting both players more frequently seems like the obvious decision at this point it is certainly still far more complicated than just telling them their not in. Both Spezza and Simmonds took deep pay cuts to be here, and while it seems that their play is starting to catch up to their discounts, they’ve been somewhat of a luxury in the past. Both are strong leaders and their positive presence is important for the locker room whether it is quantifiable or not. Throw in the fact that Spezza is sitting just nine points away from 1000, Simmonds has another year on his contract, and they are doing right by good people need to factor in.
Still, we aren’t in the locker room, and pragmatically the Leafs putting themselves in the best position to win a playoff round is where most heads should be at. And if we’re thinking that way, it makes sense to sit the veterans more frequently in order to see what the Leafs can get out of their mystery box players on the Marlies and coming out of college.
Data sourced from Natural Stat Trick and Hockey Reference
More from TheLeafsNation.com
POINTSBET IS LIVE IN ONTARIO