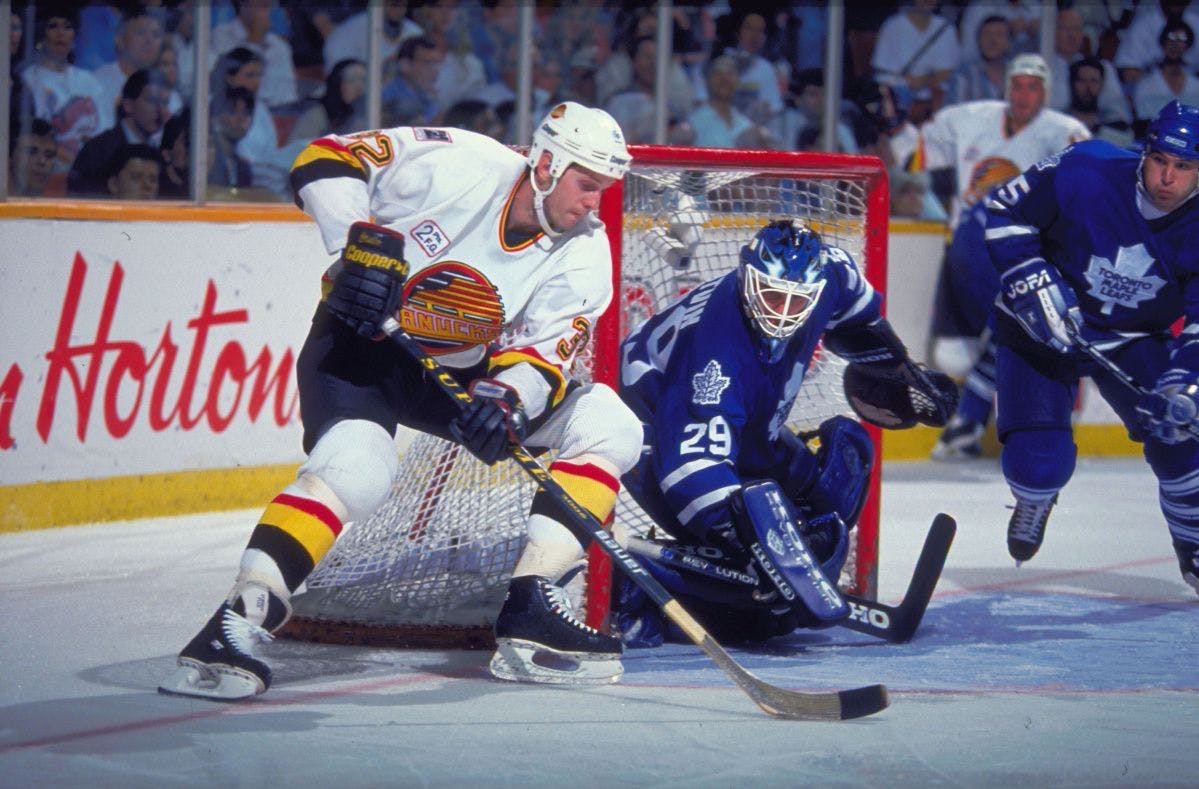 By Zach Laing
1 year ago
Welcome back to another edition of Throwback Thursday!
This week in 1999 (Jan. 9), the Toronto Maple Leafs traded long-time goaltender Felix Potvin to the New York Islanders for defenceman Bryan Berard.
It ended an eight-year run for Potvin with the franchisee who drafted him in the second round of the 1990 draft. Potvin broke onto the scene in 1992-93 with the Leafs playing in 48 games and posting a 25-15-7 record and a .910 save percentage. Named to the all-rookie team and placing fourth in Vezina voting, it was clear that the Leafs had their goalie of the future.
Over the next six seasons, Potvin would be just that. He played in 369 games for the Leafs posting a 160-149-49 record and a .908 save percentage.
But in 1998, the Leafs inked Curtis Joseph as a free agent and Potvin only played five games before going down with a knee injury. It made the latter expendable, and Toronto made the deal.
Potvin never was able to regain the success he had in the Six, and bounced between the Islanders, LA Kings, and Vancouver Canucks before retiring in 2004 with the Boston Bruins.
Berard, meanwhile, only played in parts of two seasons with the Leafs scoring 49 points in 102 games before leaving as a free agent.
On Twitter: @zjlaing