TLN Prospect #7: Pontus Holmberg is ready to take next step in professional hockey 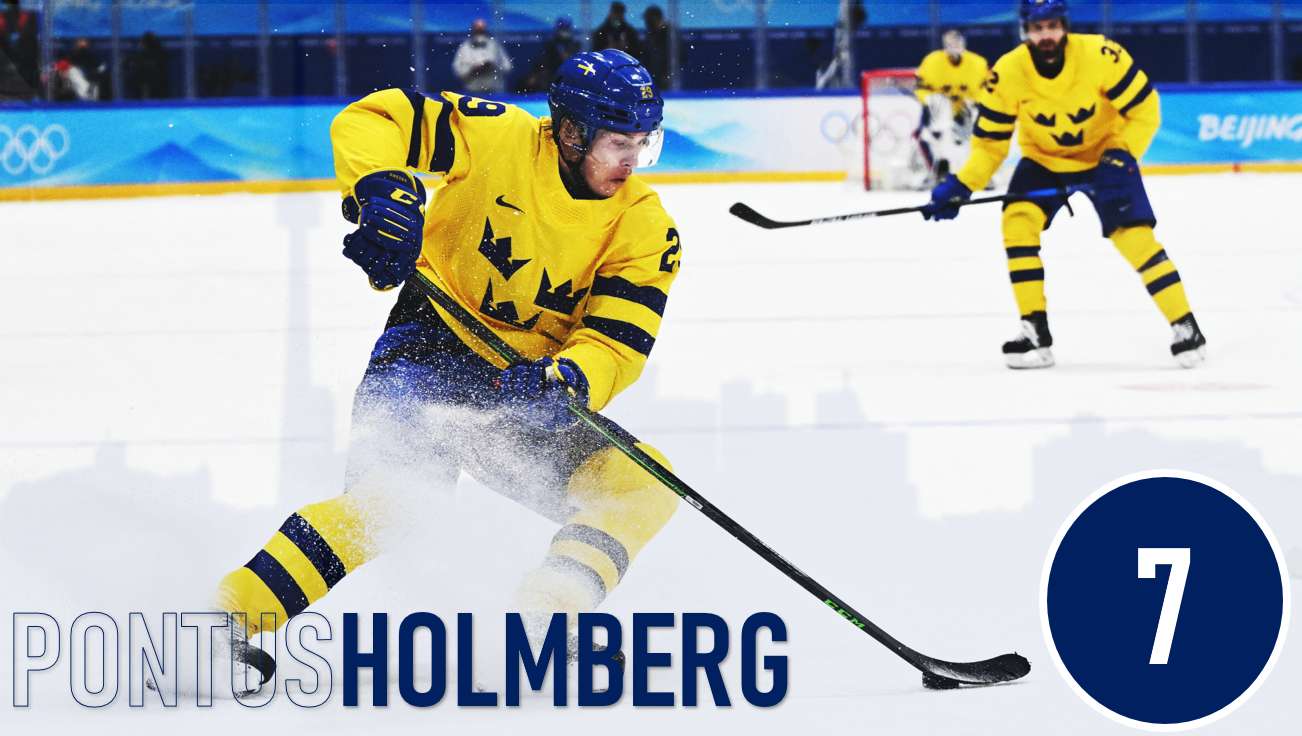 By Nick Barden
5 months ago
Joining the Maple Leafs organization back in April, Pontus Holmberg was ready to start his transition to professional hockey.
The 23-year-old has had an incredible run throughout the last two seasons — from winning the SHL championship and becoming the playoff MVP to playing in the Olympics for Team Sweden. Holmberg always knew this was going to be a massive year and he’s been able to show what he’s got.
Being a sixth-round draft selection by Toronto in 2018, there was some mystery as to what Holmberg could turn out to be. However, I think now is the time to say that he’s an incredibly underrated pick by the Maple Leafs organization.

C | Växjö Lakers HC (SHL) & Toronto (AHL) | Age: 23 | 5-foot-11 | 179 lbs | Shoots: L
Acquired: 2018 Draft, 156th Overall | 2021 Ranking: #17
This upcoming season for Holmberg is arguably going to be the biggest year of his hockey career.
With the Maple Leafs so incredibly tight to the cap ceiling, they’re going to try to squeeze all of the assets they can. One part of that means using players with low cap hits further down the lineup who could provide some upside.
Holmberg might just be one of them.
“At the end of the year with the Marlies, [Pontus] Holmberg came over. He was a sixth-round pick in 2018 and he played exceptionally well for them and we feel he’ll challenge for the roster here next year.” Maple Leafs GM Kyle Dubas in May.
There’s a lot to like about the 23-year-old’s game, especially in his short stint with the Marlies before their season concluded. Holmberg only played six games after arriving in Toronto, but was able to put up four points in that span.
It didn’t take him all that long to get up to speed, clearly, beginning his professional career on the Marlies’ top line. And in fact, this was at a time when Toronto was battling for a playoff spot in their final six games.
Clearly there’s a lot of hope that he can be of help to the Maple Leafs from Dubas’ comments, and the fact that he shot up the lineup instantly.
Holmberg plays incredibly well in the transition, as you can see from the clip above. When he receives the puck, the 23-year-old is able to turn incredibly quick and get the puck up the ice.
Although this was an incredibly risky pass from Carl Dahlstrom, Holmberg’s speed and tenaciousness worked to help Toronto put the puck into the back of the net.
He’s not the prettiest skater in the world, though when he has the puck, the 23-year-old is pushing up the ice as hard as possible. I, personally, would like to see his skating improve a bit more if he’s going to be an NHL option next season.
Being a centre, though, means a lot of time spent deep in his own zone. Watching a few of his clips, Holmberg seems like a nuisance to play against, whether it’s in front of the net or along the boards. When going in, he’s not afraid to use his body or stick against opponents to throw them off their game.
The 23-year-old also seemed to be very strong off the puck, understanding where to be at the right time to receive the puck from teammates.
What stands out to me most about Holmberg, though, is his ability to find his teammates on the ice. In his final season playing in Sweden, the 23-year-old racked up 30 assists in 46 games — passing is clearly his strong suit.
It’s not just his ability to make the pass, but the on-ice awareness to know where each of his teammates are, as well as which one to pass it to.
The clip below demonstrates that best.
Holmberg (29) looks to be finding his teammate in front of the net but decides at the last second to throw it back to the trailing player. That results in some nice passing from his team, and eventually the puck in the back of the net.
There are a lot of positive qualities in the 23-year-old, most of which could help him land an NHL job in the fall. The biggest thing in the way of him and a fourth line role with the Maple Leafs are the players around him. It also might be gaining weight.
Both the AHL and NHL have players who are incredibly strong and while 179 pounds for a five-foot-11 player is good, he could add a bit more and become stronger.
Although it’s not many, there’ll too be players like Adam Gaudette and Bobby McMann fighting for that centreman role. Holmberg will need to have a great showing in training camp to secure a spot in Toronto’s NHL lineup.
However, it wouldn’t be the end of the world if he began the season in the AHL. There’s going to be a fair amount of learning in his first full season of North American hockey, and to be frank, I’d rather him learn in the AHL than the NHL.
Toronto, though, doesn’t have that luxury at the moment since they’re so tight to the salary cap. One of these players who are incredibly close to making league minimum will need to be the Maple Leafs’ fourth line centre.
It could be Holmberg, but it’ll be up to him to steal the spot in October.
More from TheLeafsNation.com