Vesey claimed by the Canucks 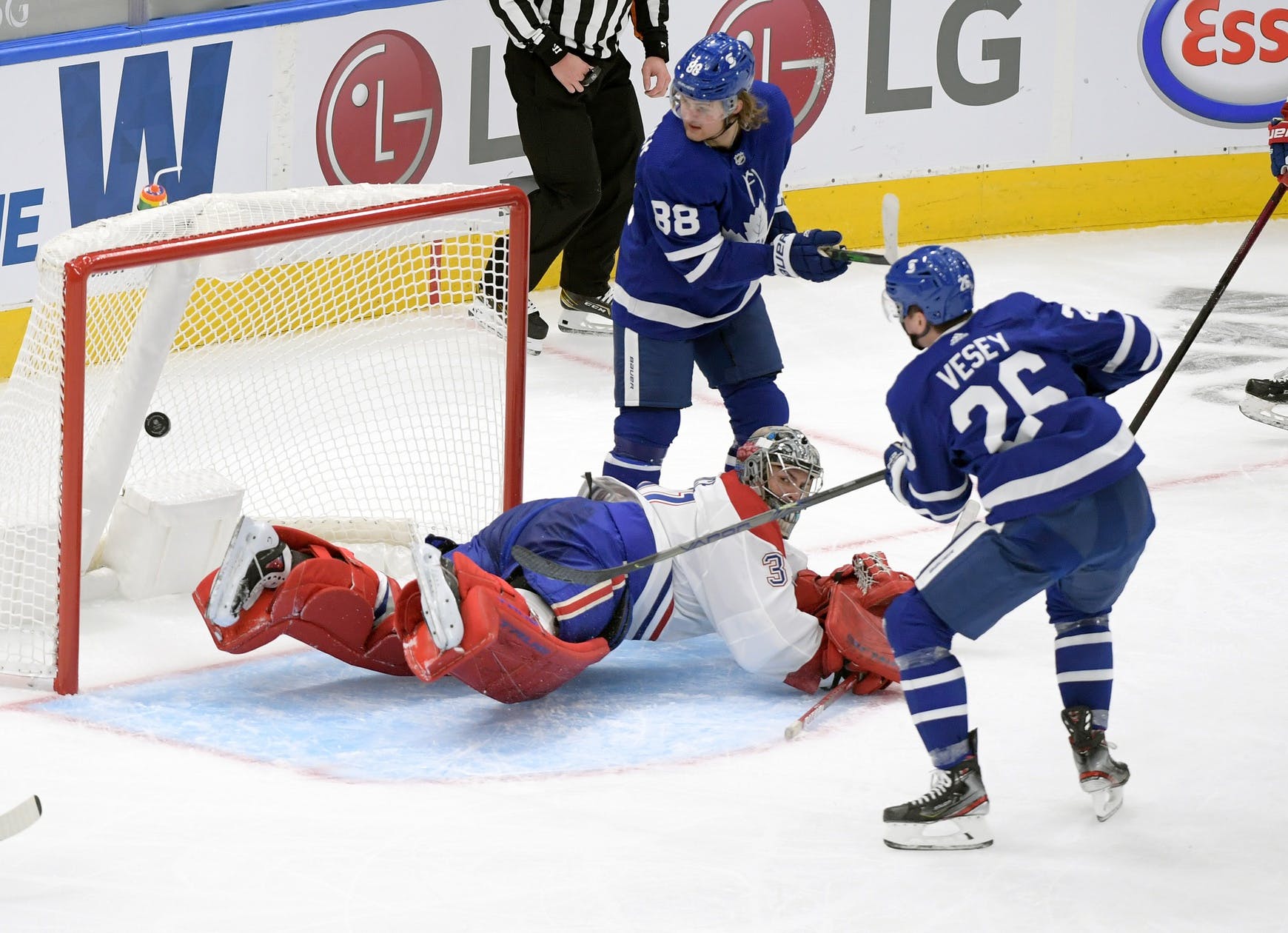 By Jon Steitzer
1 year ago
The Leafs haven’t had the greatest luck this year with sneaking people through waivers.
Anyway, if the Canucks are going to start selling off players, they’ll need to add some bodies, and for the Leafs, well the decision to waive Jimmy Vesey was entirely based on roster flexibility, and the Leafs have that now. Vesey hasn’t been the misfire he may have been labelled as at times, and as far as outputs from a replacement level player on a $900k contract, his five goals haven’t been bad, and while he hasn’t stood out in any situation, he hasn’t been horrifically out of place in any situation either. The biggest issues were that as far as gambling on Vesey being more than he was in Buffalo last year don’t seem to be yielding the ideal results, and nothing about his performance truly warrants him being an everyday player. Waiving him so he can join the taxi squad and the Leafs can pursue other roster options makes sense, and Vesey is not a case for asset management. There was no trade market for him.
As far as the opportunities that Vesey’s waiving creates, the most exciting possibility is the we could be close to the return of Wayne Simmonds, and he can step into his complementary role on the Tavares line, or add a bit more pugnacity to the bottom six, depending on how Keefe has been blending lines over his days off.
The other option that Kyle Dubas alluded to in his media availability on Tuesday is that we could be close to the arrival of Alex Galchenyuk in a Leafs uniform. He’s been working well with the Marlies, and the organization has given him their expectations, now they have the opportunity to see what he can accomplish, and I’d have to imagine his arrival will put him in a sheltered scoring situation alongside Jason Spezza, but Keefe hasn’t been shy about moving players up higher in the lineup than we initially expected, as we’ve seen with the usage of both Joe Thornton and Wayne Simmonds.
Uncategorized
Recent articles from Jon Steitzer