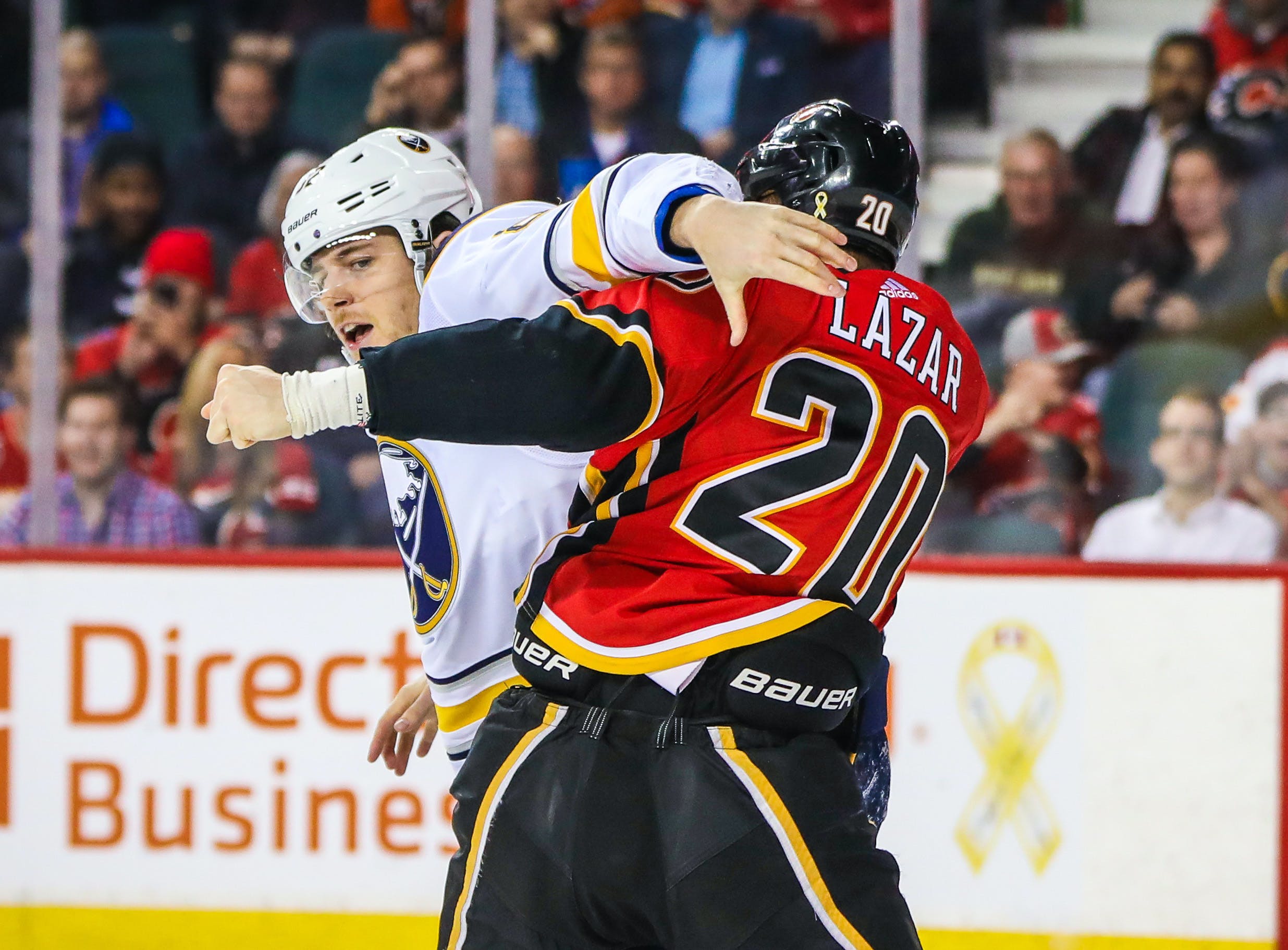 Photo credit: Sergei Belski-USA TODAY Sports
By Jon Steitzer
3 years ago
Comments
I don’t think this is my worst quality, in fact I know I have much worse ones, but I’ve noticed I have a character flaw. I am overly attached to formerly can’t miss prospects who have most definitely missed. It’s because of that I spent yesterday closely watching as team after team released the names of the restricted free agents that they would not be submitting qualifying offers to. You can find the full list of them on PuckPedia.
There are a few reasons that teams don’t qualify their free agents. The one that has popped up most recently is the realization that arbitration rights are a difficult thing to deal with, especially since it’s pretty binding in most cases, especially for players that end up at the bottom of the roster.

12.10 Walk-Away Rights for Player-Elected Salary Arbitration.
(a) If a Club has elected to arbitrate a one-year SPC, and the award issued is for
$3,500,000 or more per annum, then the Club may, within forty-eight (48) hours after the award
of the Salary Arbitrator is issued (or, if a Club has any other Player still eligible for salary
arbitration at that time and for whom a decision has not been rendered by a Salary Arbitrator at
that time, and the Club still has a walk-away right available to it in such League Year pursuant to
paragraph (c) below, forty-eight (48) hours after the award of the Salary Arbitrator for such other
Player is issued or that Player’s salary arbitration case is settled), notify the Player or his
Certified Agent, if any, the NHLPA and the NHL in writing, in accordance with Exhibit 3
hereof, that it does not intend to tender to the Player an SPC based on the award as determined
by the Salary Arbitrator. Upon receipt of that notice, the Player shall automatically be deemed to
be an Unrestricted Free Agent

The idea of locking in on a ruling up to $3.5M seems bad enough, but of course as the cap goes up…

Adjusting for salary cap inflation, teams are now locked in on all rulings under $4.4M and that’s potentially a lot to commit to the bottom of the roster, and we’ve certainly seen GM’s like Burke and Nonis get burned by these decisions in the past. There are probably a number of teams that are still actively trying to sign their players that they didn’t qualify, but had worries about a potential arbitration going sideways on them. The names that seem to best fit this group this season are Nathan Beaulieu and Ben Hutton who are very serviceable defensemen, and should potentially be targets for the Leafs, but also players like Brandon Leipsic, Ryan Hartman, and Pontus Aberg who are capable bottom six forwards, though ones that you don’t want to pay too much for.
Advertisement
Ad
Advertisement
Ad
The second group of free agents that didn’t receive qualifying offers are the players that teams just straight up don’t think are good enough to play in the NHL and they are ready to cut them loose. This is the largest group and there is an important divide on how we look at those players. You could look at them from the perspective that in many cases the player has been a part of the organization for 3+ years and that organization has assessed that they are not capable of taking the next step. Or you could look at it from the perspective that the organization that has them has done them dirty in their development, and a fresh start can change them. I am guilty of believing the second one far too often, especially when it comes to players I loved in junior, like Curtis Lazar.
Advertisement
Ad
Advertisement
Ad
The aspect that is most appealing about this group is that there is still some wishful thinking on a late bloomer, or someone reaching the potential people envisioned for them when they were drafted, and getting that for pennies on the dollar. To some extent the Leafs attempted this last season with Jordan Subban, and it didn’t workout beyond him continuing to be a capable AHL defenseman, and that’s also okay. The Leafs have a number of departures from the Marlies this season including Subban, LoVerde, Oleksy, Gagne, Baptiste, and Jooris, and backfilling them through swing for the fences free agents is probably the way to go. Let Gilman have some fun and try to build a championship team out of the remains of the 2013 draft (seriously, half the players without qualifying offers seem like they came from the 2013 first round) and potentially the Leafs will have some worthwhile camp invites and call ups out of the process.
Advertisement
Ad
Advertisement
Ad

The Leafs have some decent options available to them beyond rushing Marlies into the NHL due to cap constraints. Additionally, if the Marlies play beyond any of these players, the AHL roster can adequately be backfilled from this newest crop of unrestricted free agents as well.
Players like Hutton, Hartman, Beaulieu and Granlund certainly point to worthwhile bottom of the roster options being available, and players like Ritchie and Jaskin suggest there are interesting projects to be had for development teams and inspired coaching staffs.
In a year where we’re hearing that Tyler Myers could be making $8M per year because of the lack of high end talent in free agency, focusing on the forgotten lower tier seems like the savvy move for GMs, and Toronto could start off the summer by establishing strong organizational depth.
Advertisement
Ad
Advertisement
Ad