Yet another sign that hockey season is creeping up on us: Rookie tournament rosters are being set. For the Leafs, that list was released this morning ahead of their prospects going up against squads from the Sens and Canadiens next week in Montreal.

Below is the official list, provided by Dhiren Mahiban: 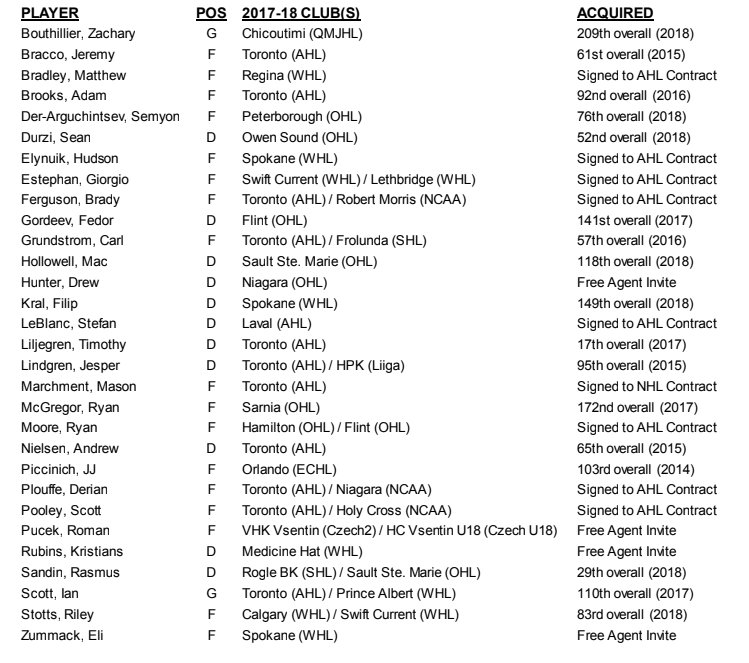 There aren’t many surprises here, mostly just the crop of players the Leafs have drafted or signed to minor league deals over the past handful of years. That said, there are a couple walk-on invites, such as Kristians Rubans and Eli Zummack from the WHL, Drew Hunter out of the O, and perhaps most notably, Roman Pucek out of the Czech leagues.

Pucek is an interesting free agent, as he’s put up some very strong numbers overseas (via EliteProspects), though there isn’t much to go on in terms of scouting reports. More notably, he attended the Leafs summer rookie camp just after the draft, and is set to become a Soo Greyhound for the upcoming season, so this front office and coaching staff definitely knows him well.

The short tournament will go next weekend, September 7-9, in Laval, QC.