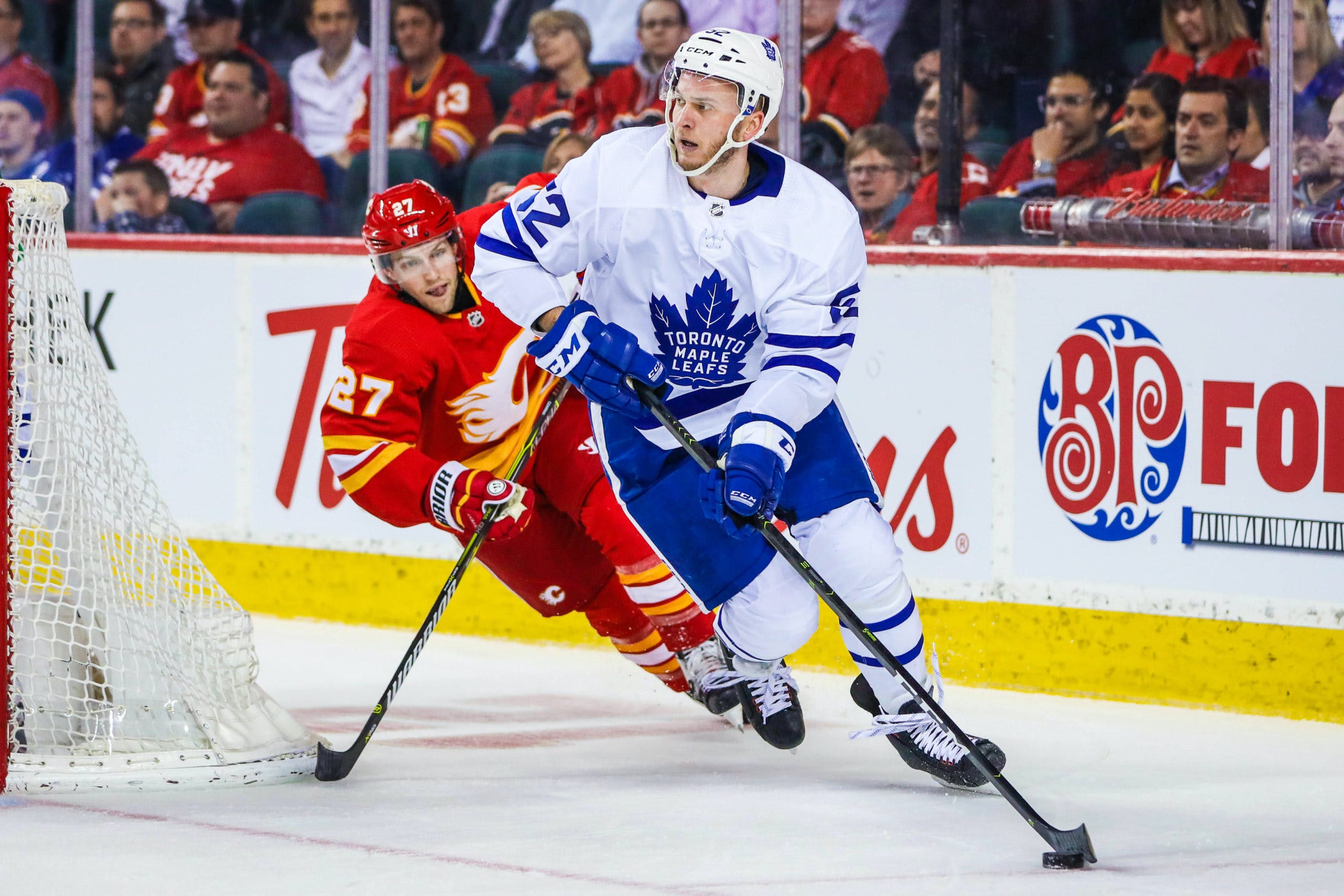 Photo credit: © Sergei Belski-USA TODAY Sports
By Michael Mazzei
2 years ago
Comments
To the surprise of no one, all five Leafs players placed on waivers yesterday cleared. IN fact, all but four players around the league were not claimed by any team.

Notice how two of the players that were claimed are goalies. If you may recall, @Aaron Dell was one of the guys the Leafs decided to keep on their main roster instead of attempting to sneak him through waivers. With goalie depth being such an important asset to have for the coming season, it was wise that Toronto decided to keep him on the roster rather than risk losing him for nothing to make @Michael Hutchinson the third goalie on the depth chart.
You can tell Kyle Dubas learned his lesson from three years ago when he lost both @Curtis McElhinney and @Calvin Pickard both got claimed on waivers prior to the start of the 2018-19 campaign.

With two goaltenders claimed off waivers — Anton Forsberg to CAR, Eric Comrie to NJ — the #leafs strategy of keeping No. 3 Aaron Dell pays off. If he isn't waived for a spot on the taxi squad, TOR can only carry 20 skaters on its active roster for the forseeable future.

Now that they have cleared waivers, @Travis Boyd, @Adam Brooks, @Martin Marincin, @Kenny Agostino, and @Calle Rosen will remain on the roster for the coming season. They are eligible for either the Toronto Marlies or the Leafs’ taxi squad.
Advertisement
Ad
Advertisement
Ad