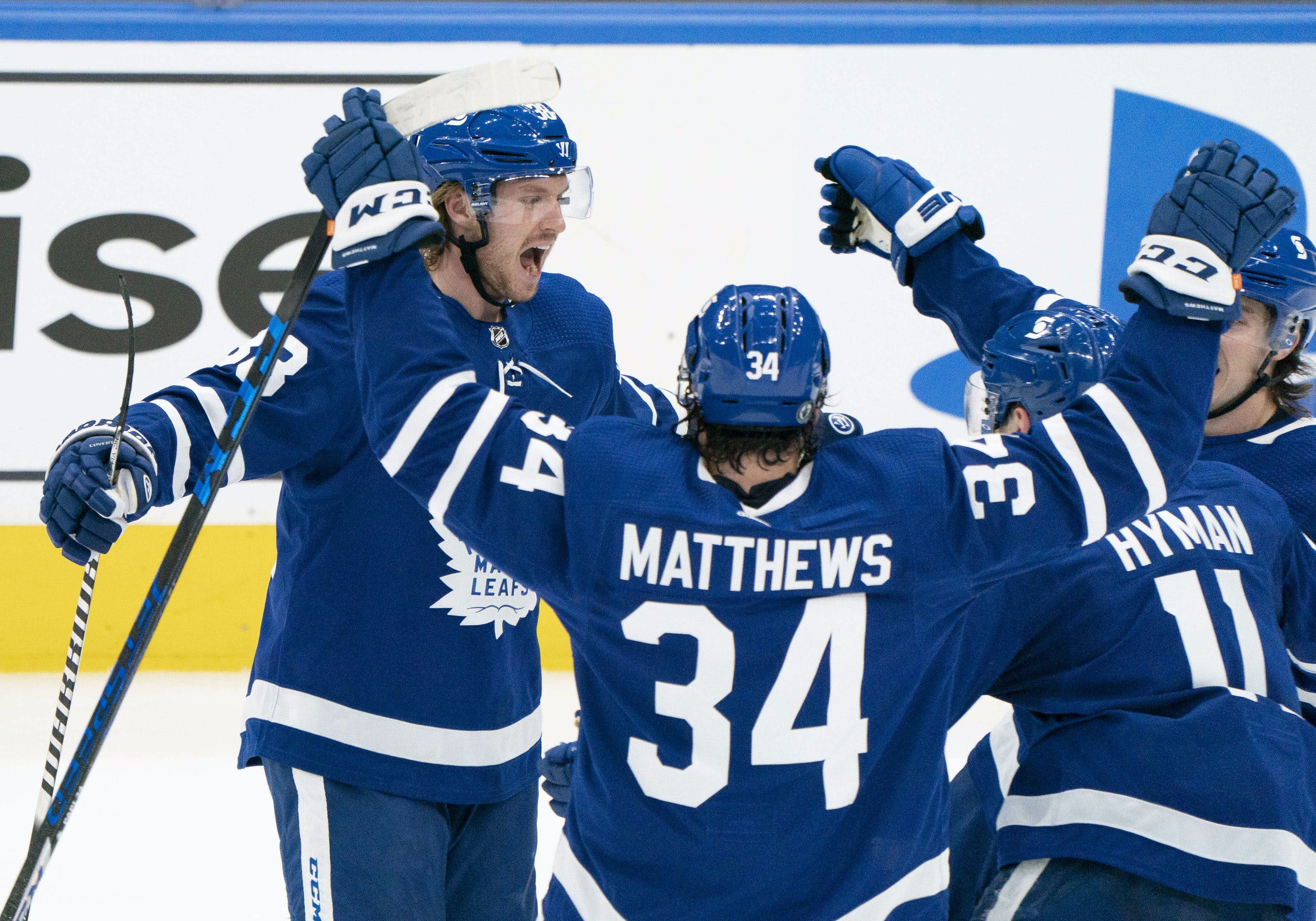 By Nation World HQ
1 year ago
by OddsShark (@OddsShark) – Sponsored Post
In spite of their early playoff exit, the Toronto Maple Leafs possess decent value on the 2022 Stanley Cup futures board.
The Maple Leafs have opened at +1400 odds to win the Stanley Cup next season at sportsbooks monitored by OddsShark.com. Toronto is the top Canadian-based team on the board. The Colorado Avalanche (+500), Vegas Golden Knights (+600), two-time champion Tampa Bay Lightning (+700), Carolina Hurricanes (+1100) and Boston Bruins (+1400) are also high up on the board. The Florida Panthers (+1800), Montreal Canadiens (+2000) and New York Islanders (+2000) have been given an outside chance at online sports betting sites.
The Maple Leafs, of course, squandered a 3-1 series lead in the first round of the playoffs against the Montreal Canadiens in May, extending their playoff-series win drought to 16 seasons. That narrative will likely keep some bettors away, but they still have their core four of forwards Auston Matthews, Mitch Marner, William Nylander and John Tavares and may have the salary cap room to add a viable goaltending partner alongside Jack Campbell. First-pair defenseman Morgan Rielly will also be in a contract year.
The Avalanche, led by forward Nathan MacKinnon and defenseman Cale Makar, were one of the NHL’s most dominant teams during the regular season. Colorado has acquired playoff experience over the last two seasons.
Vegas offers a higher payout, though, and the Golden Knights might have the salary cap room to add Jack Eichel, the potential No. 1 center they lacked during their playoff defeat against Montreal last month. While contender windows are short in the NHL, Vegas’ is still open.
No team has won three consecutive Cups in almost 40 years, and Tampa Bay is facing a salary-cap crunch. It is hard to bet against a team that has Andrei Vasilevskiy and his all-world goaltending, but history is not on Tampa Bay’s side.
Carolina could be facing defensive issues, with top defenseman Dougie Hamilton a potential unrestricted free agent and fellow defender Jake Bean possibly facing exposure in the upcoming Seattle Kraken expansion draft. The Hurricanes, not unlike the Montreal team that just went to the final, are a potential contender though due to their balanced forward corps that helps them frequently control possession metrics.
Boston seems like a team that can be faded, since their core group is aging with Patrice Bergeron, David Krejci and Brad Marchand all well into their 30s.
The NHL’s off-season carousel will be underway shortly, with the Seattle expansion draft slated for July 21.
Check out OddsShark on Twitter and Instagram or head to YouTube for analysis on this week’s top games. As well, the OddsShark Computer serves up daily NHL picks for bettors.
Content
Recent articles from Nation World HQ