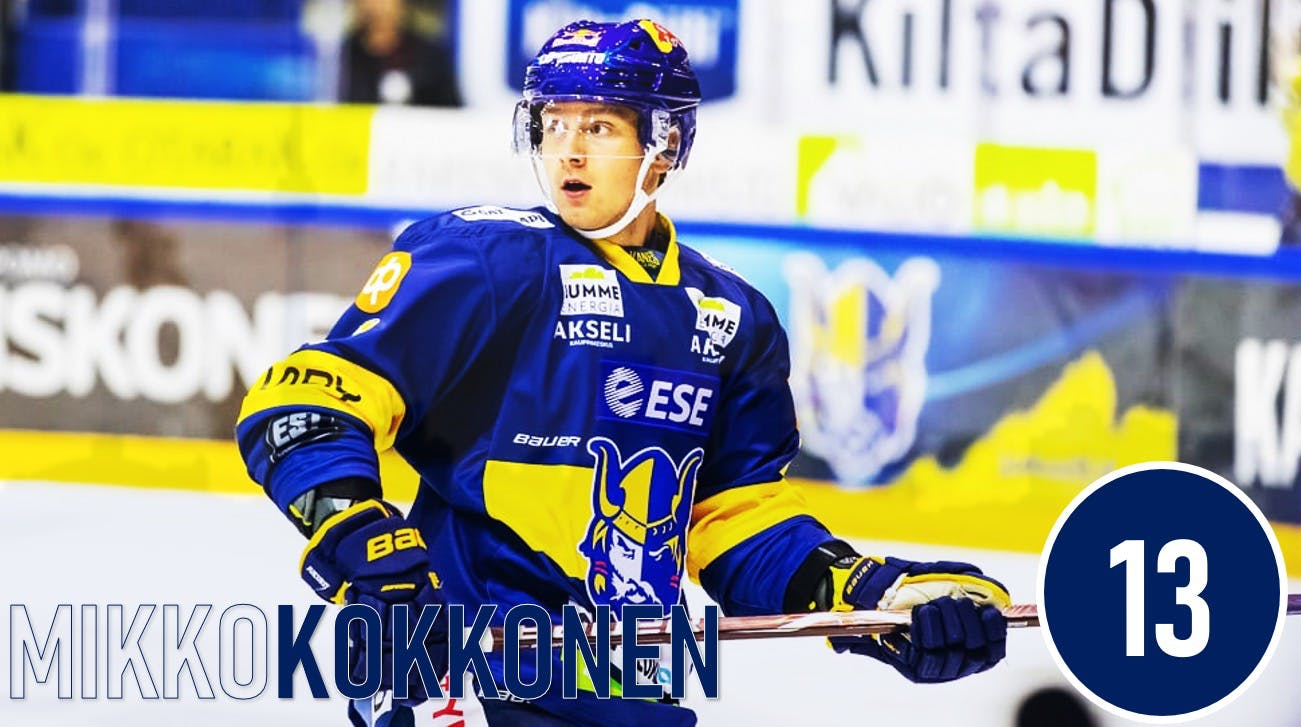 By Kyle Cushman
3 months ago
Few players in the Toronto Maple Leafs system have a career progression as enigmatic as @Mikko Kokkonen.
Kokkonen made his debut in the Finnish league at 15 years old and remains the youngest player in league history. By his draft year, he was a regular in the league, scoring the most points by a draft-eligible defenceman in Liiga in 17 years. When the Leafs drafted him in 2019 in the third round, it seemed like a no-brainer in terms of value at that selection.
However, his results have remained relatively stagnant in the three years since. As a result, Mikko Kokkonen falls down the TLN Top 20 Prospect Rankings for the second consecutive year, from #10 last summer to #13 in 2022.

LD | Pelicans (Liiga) | Age: 21 | 5-foot-11 | 194 lbs | Shoots: L
Acquired: 2019 Draft, 84th Overall | 2021 Ranking: #10
There was a sense of optimism surrounding Mikko Kokkonen heading into the 2021-22 season.
For starters, he was coming off of a strong showing at the end of the previous year, having joined the Toronto Marlies on an amateur try-out to finish the season. There, he produced seven points in 11 games, nearly matching the 10 points he scored in 39 more games during the Finnish league season.
Combined with his positive end to the 2020-21 campaign was a move to a new team in Finland for the first time in his career. Kokkonen came up through the Jukurit system and had played all three years of his professional career there, but was making the move to Lahti with the Pelicans for 2021-22.
Much of the belief in Kokkonen’s game was rooted in his relative stats prior to 2021-22. In his time with Jukurit, they were consistently one of the worst teams in Finland’s top flight. This meant he was given more responsibility and significant minutes from a young age, but also that his team was getting caved in on most nights.
He was a consistent positive influence on Jukurit’s on-ice impacts, so in moving to a team that had finished 43 points better than Jukurit in 2020-21, the expectation was that Kokkonen would finally have a chance to flourish in a preferable environment.
That isn’t quite how it played out.
In what is a cruel bit of luck (or lack thereof), Jukurit completely turned around their program this past season, finishing second in the regular season with Lahti down in ninth. As for Kokkonen, he had a strong start to the year, scoring four points in the first four games, before cratering offensively for most of the season.