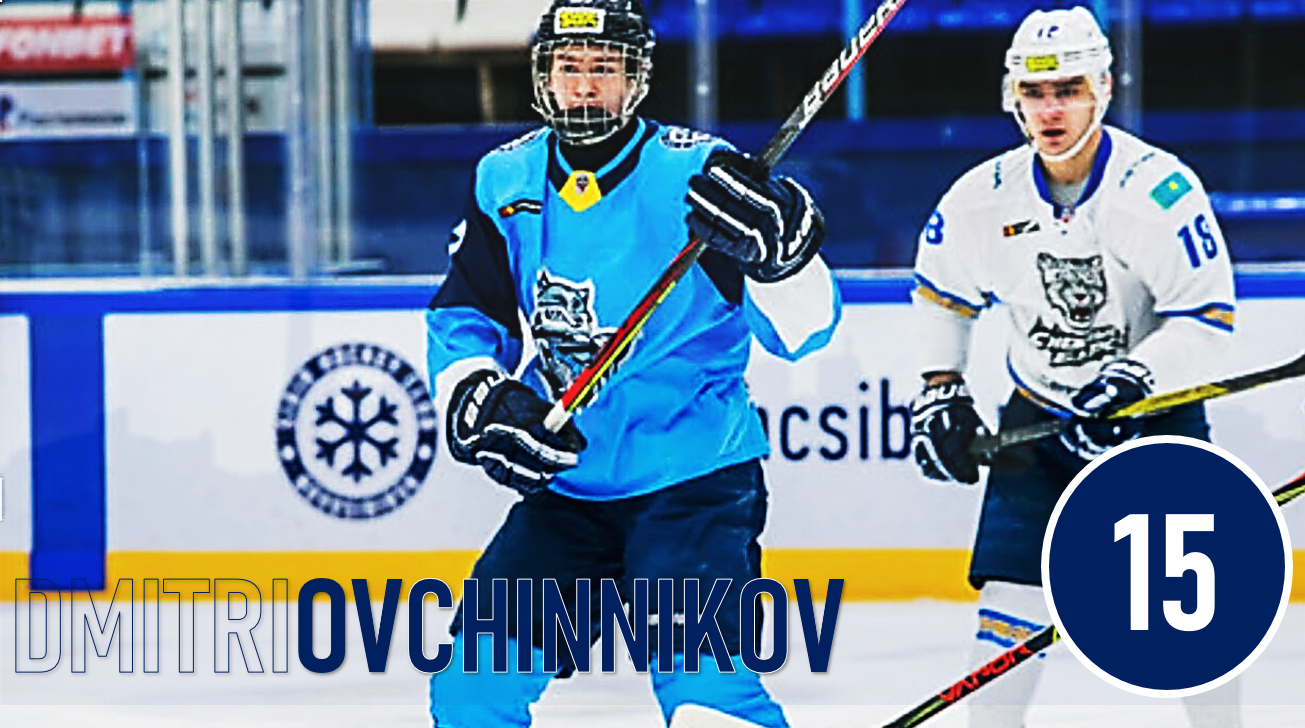 By Nick Richard
6 months ago
With the current Leafs’ management regime having a reputation for capitalizing on market inefficiencies such as trading down at the draft to acquire more picks, it turned some heads when they traded up in the fifth round of the 2020 draft in order to secure Russian forward Dmitry Ovchinnikov.
Ovchinnikov has continued to turn heads since, establishing himself as a legitimate prospect with stellar production in his draft+1 season where he netted 51 points in just 40 games – good enough for the third highest points per game mark among MHL players who suited up for at least 20 games. His strong play at the junior level earned him some time in the KHL but he was mostly relegated to bench warming duty as an 18-year-old.
The 2021-22 season was a similar story for Ovchinnikov and he racked up 29 points in just 22 games for Siberskie Snaipery. He had seemingly outgrown the MHL, and with Sibir being one of the few KHL clubs without a VHL affiliate, he was caught between being too good for the junior level but not yet gaining the full trust of his coaches in the KHL. He suited up for 17 KHL games but averaged just over five minutes of ice time per game, including five games where he played less than two minutes.
With Ovchinnikov’s development in mind, the Leafs stepped in and signed him to his entry-level contract which coincided with his KHL contract being terminated. He joined the Marlies late in the season and showed well in limited action but a somewhat stagnant year and lack of playing time at higher levels forced Ovchinnikov to fall ever so slightly in this year’s ranking after he landed in the 14th spot last summer.

W | Toronto (AHL) | Age: 19 | 5-foot-11 | 163 lbs | Shoots: L
Acquired: 2020 5th Round, 137th Overall | 2021 Ranking: 14
Though his overall rate of production in the MHL took a slight dip from the prior season, looking deeper into Ovchinnikov’s numbers at the junior level illustrates just how dominant he was against his peers. He graded out near the top of the league in just about every offensive category, save for individual shot generation. Unsurprisingly, however, he converted on his attempts at an extremely high rate, due in large part to his unwillingness to settle for low-danger shots.
The one area of concern looking at last year’s numbers is the amount of goals that Siberskie allowed when Ovchinnikov was on the ice but they were one of the worst teams in the MHL last season and in terms of being a net positive, he graded out quite well relative to his teammates.