TLN Prospect #9: Leafs betting on Nick Moldenhauer to be the latest steal out of Chicago 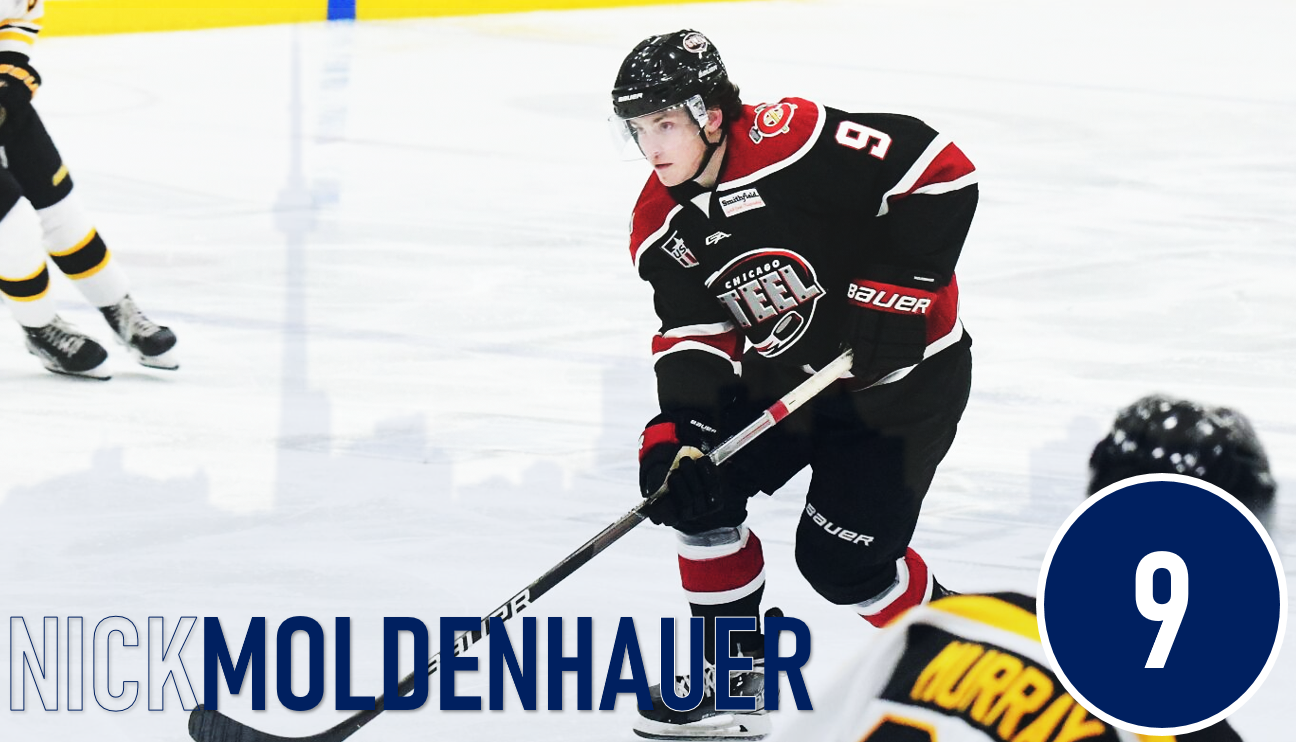 By Nick Richard
3 months ago
Selected in the third round of the 2022 NHL Draft out of Chicago in the USHL, Nick Moldenhauer is a player who Toronto’s front office was plenty familiar with even before they drafted him. The Leafs’ connection to the Chicago Steel has been well documented; they drafted Nick Abruzzese out of that program in 2019, 2020 sixth-rounder Joe Miller has spent the last two seasons with the club, former Leafs scout Noelle Needham is now an associate GM for the Steel, and Toronto’s assistant GM Ryan Hardy honed his craft as Chicago’s general manager for three seasons before joining the Leafs.
That familiarity likely played a big part in the organization’s comfort level in selecting a player who had a productive but difficult season. Moldenhauer missed the beginning of the season with a “mono-like” virus that forced him to spend time in the hospital, leading to significant weight loss. Already behind the eight ball following his recovery from that illness, the Mississauga native was dealt another devastating and nearly life altering blow. On his first shift of the season, he was clipped up high with a skate blade and suffered a gash that ran from his chin to his ear. He underwent surgery, and though it took around 175 stitches to seal the wound, it could have been even worse.
After another strenuous recovery process, Moldenhauer returned a few weeks later and stepped right into a prominent role in Chicago’s lineup. As the season wore on, he became one of the Steel’s most important players as well as one of their most productive. Making his debut at #9 on the TLN Prospect Rankings, Moldenhauer is a player who is primed for a breakout season, and Leafs fans should quickly become familiar with him too.

W | Chicago (USHL) | Age: 18 | 5-foot-11 | 170 lbs | Shoots: R
Acquired: 2022 3rd Round, 95th Overall | 2021 Ranking: N/A
Moldenhauer’s raw production was respectable, albeit unspectacular at first glance. He finished the regular season with 18 goals and 25 assists in 41 games, good enough for the fifth highest points per game mark on the club behind already drafted NHL prospects Jackson Blake, Samuel Lipkin, and Joe Miller, as well as star 2023 draft prospect Adam Fantilli.
He was solid from the time he returned, but Moldenhauer really turned it on down the stretch when he was fully up to speed with the rest of the league. He tallied 24 of his 43 points in his last 14 games, including an eye-popping 15 points in his last six games of the regular season. In the end, his 1.02 points per game led all USHL draft-eligible skaters – not counting players from the U.S National Team Development Program who play games against USHL and NCAA opponents.
Moldenhauer was especially dangerous at even strength, finishing the season as one of the USHL’s best offensive drivers and even strength producers. He was consistently involved and in the middle of creating offense for himself and his teammates, with approximately 79% of his points on the season being either a goal or primary assist.