3 Toronto Marlies that should be brought back next season 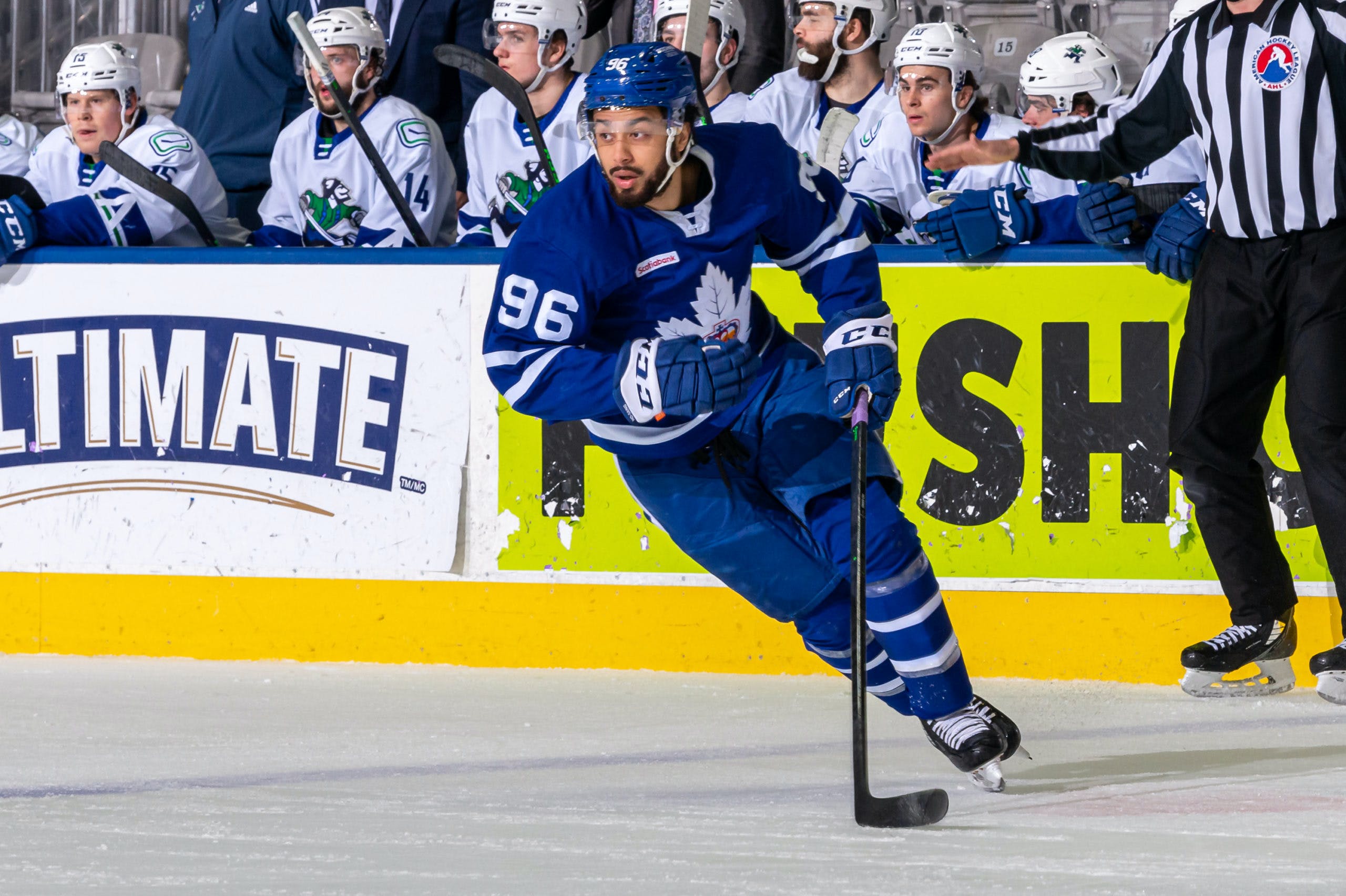 By Nick Barden
5 months ago
The Marlies began this past season with what was believed to be an incredibly strong team, but things didn’t work out that way.
When the Maple Leafs organization maneuvered into having their AHL team be solely focused on development, there was expectation that results would change. On any given night, the Marlies had up to seven rookies in their lineup and it was going to take some time before we see success from a group like that.
Put that together with a head coach who’s in his first real AHL season — it’s a lot of raw talent that just needs time to develop.
There’ll be a number of players that come back next season with a chip on their shoulder after being a part of the first Marlies team to miss the playoffs since 2010-11. However, there’ll also likely be a number of players not returning either.
Brett Seney, Josh Ho-Sang, Joseph Blandisi, Jack Kopacka, Rich Clune, Marc Michaelis, Michael Hutchinson and Teemu Kivihalme will all be UFA’s come July 13. Toronto will also have a number of RFA’s like Kristians Rubins, Chad Krys, and most notably, Joseph Duszak.
Let’s begin with the RFA’s.
I say most notably in regards to Duszak because he likely won’t be returning to the Marlies next season. Being the point-getter he was this past season, the 24-year-old never got an opportunity to showcase himself at the NHL level. It’s likely he tries that with a new team next season.
The most interesting RFA case to me is Chad Krys. He was a steady defenceman for the Marlies throughout their season, but the 24-year-old didn’t turn any heads. If Toronto saw something in him, he’d likely be back, however I’m not confident in answering if he will be or not.
I am confident in saying Rubins will be back, because well, he should be. The 24-year-old has evolved from an amazing story into one of Toronto’s top young defencemen. He’s not at the level of Rasmus Sandin and Timothy Liljegren, but Rubins would be an interesting third-pairing option in the next few years for the Maple Leafs.
Switching to UFA’s now, this is where I’ll be highlighting the three players that I’d like to see return to the team next season.

The 26-year-old spent a majority of the season out with an injury and only played 22 games this year. Michealis was an interesting player because he was able to be plugged in up and down the lineup and the forward always had success.
Ultimately, Michaelis only brought in 13 points over the span of this season and Toronto might be looking elsewhere for someone to produce. However, it seems fair to bring Michaelis back for one more year to see what he has throughout a full AHL season.
He’ll be turning 27 over the summer and the window for an NHL opportunity likely has passed. He would, though, be a good veteran player who could work with the younger Marlies, so I would support the decision to bring him back.

All eyes were set on Ho-Sang early in the season after he returned home to play in the organization he grew up idolizing. The 26-year-old began training camp on a PTO with the Maple Leafs before signing an AHL deal with the Marlies later on.
If there’s a player I’d like to see return, it is Ho-Sang. There was so much growth throughout the season from the 26-year-old and although the play might have not been there at all times — the maturity was.
I go back to one development day the Marlies had back in March. Once the players were done working with the development staff, Ho-Sang spent close to 45 minutes with Bobby McMann, showing him new ways to do things on the ice.
Ho-Sang is enriched with knowledge and would be an important player to have around a young group of players. He’s been through a lot in this game and has experienced things that other players might not have, so his value would be an incredible asset.
There’s going to be a lot of decision-making for him this off-season, but Ho-Sang would make this Marlies team better if he did return next season.

This is a tough one because my mind is saying it’s likely the end of the road for Clune, but my heart is saying one more year.
Clune is yet another player who’s stacked with knowledge and experience in hockey At 35-years-old, he finished off this season not knowing what’s next for him.
It could be returning, but that’s likely not the case.
The only reason why I’d be open to one more year of Clune is because of the person he is. Every time a player was asked about him, they’d begin with a smile and discuss how he made them feel welcomed into this organization.
With a team of rookies and second-year players heading into 2022-23, there still needs to be some veteran presence and Clune could be it. Again, though, the chances of him returning as a player are slim, but I’m not ruling it out just yet.

If there was any player worthy of a return to the Marlies, it would be Seney. The 26-year-old averaged almost a point-per-game this season and was an important part of this Marlies group.
When Maple Leafs GM Kyle Dubas addressed the media after the playoffs he called for some help from their players in the AHL, but Seney wasn’t named. Now, that could be because he’s a UFA and Dubas doesn’t want to hint at a return, or there just might not be a return at all.
Seney is a great fourth line option in the NHL, but with him being 26 and not getting much of a chance with the Maple Leafs this season, it just doesn’t seem like a great fit for him. Every player wants to be in the NHL and I’m not sure it matters to him if it’s Toronto or not.
If he wanted to be back, though, I wouldn’t be opposed to him giving it one more go in this organization.
More from TheLeafsNation.com
POINTSBET IS LIVE IN ONTARIO