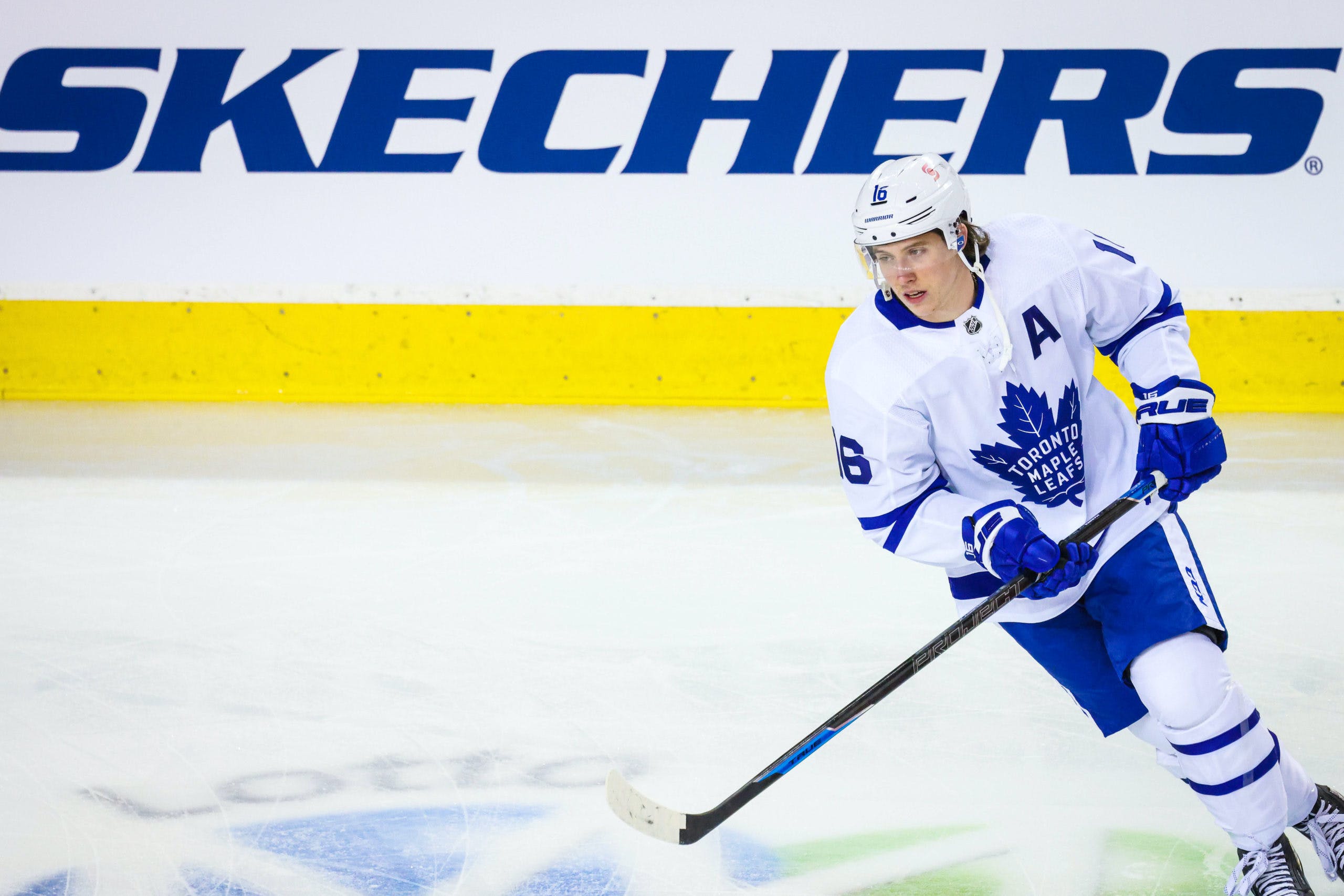 By Nick Barden
1 year ago
“It’s time to get back to work, get my body ready, and try to be a better person or better player than I was this year, and make sure I come ready to do that.”
That was @Mitch Marner almost four months ago when everything fell apart.
Three-straight losses to the Montreal Canadiens in the first round of the playoffs, and Marner was at the forefront. He was the player that everyone went after.
The biggest question was whether the ‘big four’ could conquer their quest for glory. Could Marner be one of the players who led them on that journey? Everyone was questioning whether this Leafs team could win something meaningful. Everything in the regular season suggested so, yet nothing following that.
Being on the Toronto Maple Leafs can be a daunting task at times. For Marner, it was about discovering his path through the pressure. Growing up, he wanted to play for this team, and the 24-year-old still does now.
How will Marner fight through the pressure? Well, he’ll attack it head-on.

“You want pressure.” Said Marner during the Leafs’ first media availability of the 2021-22 season. “You don’t want to be playing in a place that no one really cares.“

The 24-year-old spent a lot of time talking about “the here and now” on Tuesday. It’s not something that Marner has discussed before.
Going back in time, through the recent years, when asked this question, he would respond with a hockey answer. What I mean by that is, Marner would answer it, discussing only what he worked on during the off-season. When asked about the playoffs on Tuesday, he responded with: “I’m focused on the here and now.”
Marner expressed it five times during his first media availability of the season.

“I think it’s new.” Said the 24-year-old when asked about the different mindset. “The past is the past. I can’t do anything about that now. I just gotta focus on trying to be the best I can be right now, try to be the best player I can be, and try and help this team win games.“

You feel a sense of maturity change when you read these quotes or listen to him speak. It’s different.
The feeling is unusual.
As someone who’s watched this team lose in the first round of the playoffs for the past five seasons, it never seemed like this team would turn a corner. At the beginning of each season, I maintain this thought: I hear the players speak for the first time, and I’m all in.
This new perception of the team, though, is unique. Confident but mature.
With Marner discussing taking it one day at a time and now saying he wants the pressure, it shows a level of development. We witnessed the 24-year-old succumb to the pressure in the playoffs vs. Montreal by shooting the puck out of play. You could tell that he was cracking.
The day-to-day focus came from a high level of failure, and that’s something that I believe will never taunt the Leafs again.
A new level of maturity brings a new era to a team. It seemed as though @Auston Matthews got through it, as did @William Nylander. Being on the Leafs for so long, even @Morgan Rielly has the kilometres under his belt. @John Tavares the same.
How can Marner do it, though? It’s about keeping the same mindset all season long. If he’s able to embrace the pressure with open arms, his abilities are astronomical. I can’t imagine what Marner looks like on another level.
But this is a new season. Players tend to say things at the beginning of the year that isn’t valid towards the end. It’s going to be interesting to see, but Marner’s explanations seem genuine.
It finally could be the year of change for the Leafs. And if that’s the case, it’s been a long time coming.
Uncategorized
Recent articles from Nick Barden