Josh Ho-Sang, and the opportunity he has with the Leafs 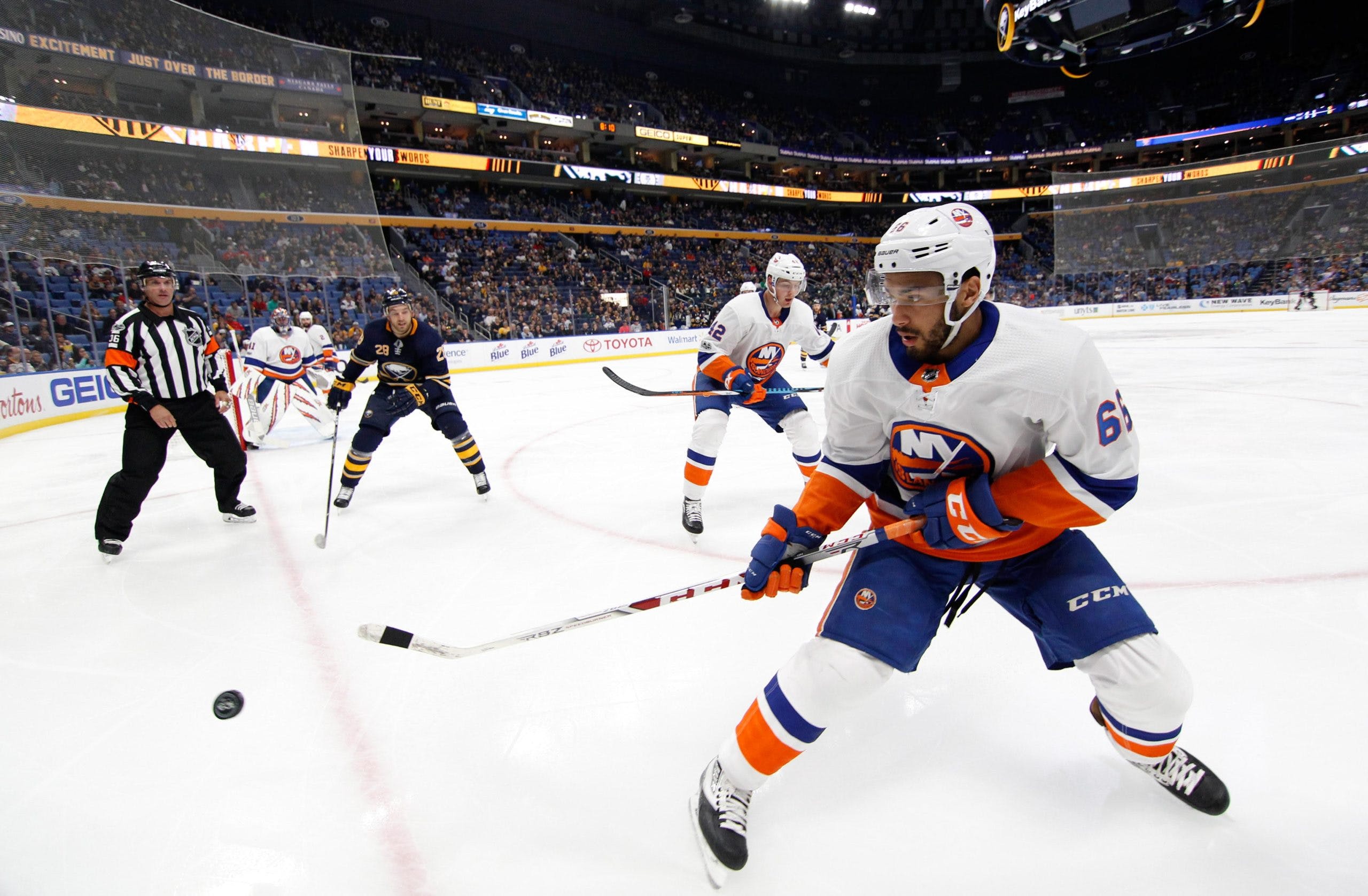 By Nick Barden
1 year ago
“I am happy to be a part of this organization in any way they need me. If they need me sharpening skates, if they need me taking sticks — this place is so special, and I don’t truly believe that everyone gets to experience that. This place is absolutely wonderful.”
@Josh Ho-Sang is willing to do anything to stay within the Toronto Maple Leafs organization. The 25-year-old spent a season in Sweden after being sent on loan by the New York Islanders. He only played five games with Orebro before being cut due to what the team said was being “far behind in training compared to the rest of the group.”
After that, Ho-Sang joined Linkopings, another hockey club in Sweden. There, the 25-year-old scored two goals in four games, but what was more important was the mindset he brought home.

“The GM and the Head Coach there now — they did wonders for me as a person,” Ho-Sang told the media on Thursday. “The Head Coach in Sweden absolutely changed my life, changed my outlook on hockey, and sometimes you need to get to a new environment to really appreciate some of the things that have been said to you your entire life. But, sometimes we’re not ready to hear things, and I believe I’m at the point now where I am.“

Joining the Leafs on a PTO, Ho-Sang arrived to prove something. The 25-year-old is coming to demonstrate that he’s changed as a person, and a hockey player.
And he’s decided to come back home and do that.
Growing up in Toronto, watching Mats Sundin dawn the blue-and-white, Ho-Sang witnessed what it was like to see a “true professional.” Sundin had the personality where everyone loved him, wherever he was. It was something special that the 25-year-old remembered about the Leafs legend.
Now, years later, Ho-Sang is trying to bring that to his own career.

“I loved the way that — you see how someone like that has such a great career, plays in Toronto for so long and never got in trouble.” The 26-year-old said with a big grin on his face. “I think he emodied what it meant to be a true professional, and I’ve reflected on that and tried to take parts from him and implement them into my life.“

The test is on for Ho-Sang. He has to impress both Kyle Dubas and Sheldon Keefe enough to earn a contract within the Leafs organization. Being a 0.50 point-per-game player in the AHL, the 26-year-old might have to start there before an opportunity in the NHL.
But he’s okay with that.

“I’d be willing to start in the East Coast.” Said Ho-Sang. “I don’t have a preference. I’m not entitled by any means — I don’t think that I deserve anything here.“

At 25-years-old, he seems like a very wise individual. At this point in his career, Ho-Sang knows what’s at stake, and he wants to earn anything he can. Again, that might start at the American Hockey League, where we’ve witnessed players like @Alex Galchenyuk have his career revitalized.
Ho-Sang shares a similar style to Glachenyuk where he’s great when playing with better players. In New York, they emphasized a role within the bottom six, but it never worked. For him, it doesn’t fit where he can play at his best. The Leafs will have to figure out how to use him in a role that works out for both sides if he does make the team.
There is a lot of opportunity in Toronto for Ho-Sang, though. A moment to prove that he’s moved forward and changed as a human being. But the last few years haven’t been easy for the 25-year-old. There was even a point where his love for the game was challenged.

“I think everyone deals with anxiety and depression in different manners and some people have it more severe than others, but I think when that stuff creeps in it can get difficult to love the game you play.” Said Ho-Sang. “But I think that’s when you have to go back to your roots. I do believe that we’re in a very unique position where we get to play the game that we love our entire life. I think, when you bring it back to the base that, this is the game that you’ve been playing since you were little, and how much joy it’s brought you, how many good experiences you’ve had, how much you’ve learned — I think that when you take that and appreciate it, instead of looking at what you don’t have, I think that it becomes a lot more enjoyable.“

Now, it’s all about the work at Leafs training camp. Ho-Sang mentioned his love for the team and his hometown, but it’s the work that’ll show where he goes. It’ll be interesting to see what the 25-year-old comes out with after this camp is over.
But what does Ho-Sang think it’s going to take to earn a contract from the Leafs?
“I think it’s going to take everything I have.”
Uncategorized
Recent articles from Nick Barden