David Kampf is eager to show Leafs what he can do 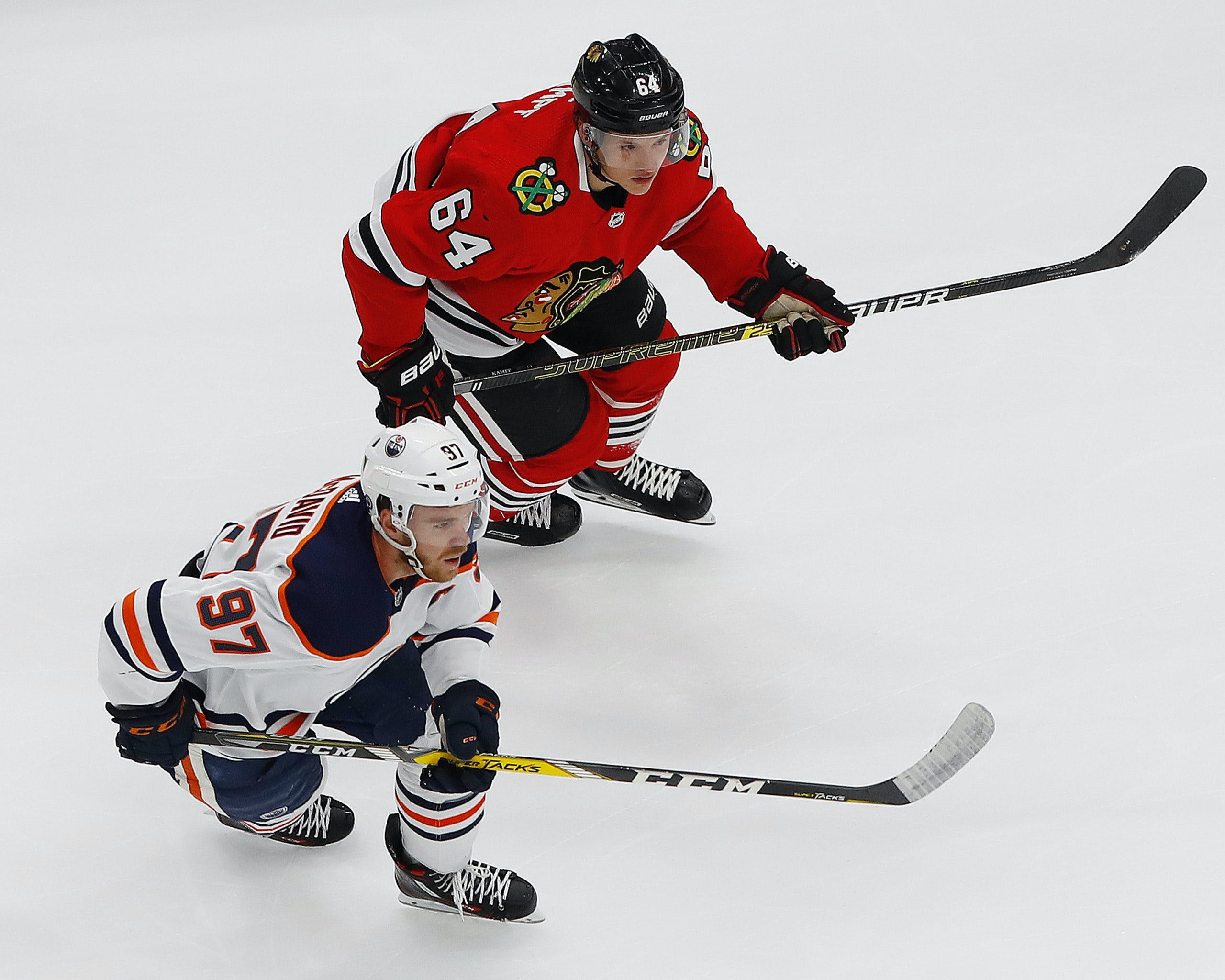 By Nick Barden
1 year ago
@David Kampf’s addition to the Toronto Maple Leafs was interesting. Already having an abundance of potential centres, the 26-year-old comes to this Leafs team with a lot in mind.

“My goal is to shut down the best players in the NHL.” Said Kampf on Friday.

Playing in Chicago for four seasons, he was an integral part of their team. Whether it was playing on the fourth line or helping with the penalty-kill, Kampf made the best of his opportunities.
It’s part of the reason why Kyle Dubas and the Leafs brought him to Toronto.
He’ll be able to provide a lot at centre, including winning faceoffs. Last season, Kampf was 52.8% in the faceoff circle, which is a better total than all three of @Alexander Kerfoot, @Pierre Engvall, and @Auston Matthews. Another part is his defensive game, which is incredibly strong.
Kampf is a type of player who enjoys starting the plays in the defensive zone. Last season at five-on-five, he had 66.8% defensive zone starts. To put that into perspective, that’s better than Matthews (41.1%), Kerfoot (47.1%), @Jason Spezza (41.8%), and @John Tavares (45.4%).
The 26-year-old is very good at getting the play started in his own end.

“He knows exactly who he is and what he does.” Said Keefe about Kampf while speaking with the media on Friday. “I’ve had a number of NHL coaches reach out to me and talk about how much respect they have for Kampf’s game and what he does — that includes Jeremy Colliton in Chicago. He’s [Kampf] a guy that brings a lot to the table, knows exactly who he is, and what he wants to do. And to put together successful teams, you need the guys who are very comfortable in playing those type of roles.”

The biggest question during Leafs’ training camp is where he will play. Some believe he could work well in a third-line centre role, and others deem he could play on the fourth line.
Kampf can generate a lot from the defensive zone. It would be fascinating, though, to see how he generates play in the offensive zone. A place on the third line could be helpful to show what he can do on both sides of the puck.
For now, though, Kampf understands his role with Toronto.

“If I score some goals it will be good,” said the 26-year-old, “but I think in this team, we have so many players who can score many goals.“

It’s clear that he’s a more defensively focussed player. He’s not worried as much about scoring goals as he is helping the team win games. And that’s one of the reasons why I like this signing so much.
Last season, some players struggled to find their role within the team. A lot of them wanted to do as much as they could.
In reality, though, NHL teams play at their best when each player plays their specific role. When each person contributes in different forms, it makes them an extremely tough opponent. A team like the Tampa Bay Lightning fit that build.

“We’re always trying to find lines that we can be comfortable playing in all situations. That’s what really excited me about adding Kampf to the group,” said Keefe after Friday’s session. “He’s shown that he can do that [play in all situations], he can take faceoffs, he can play against good people and we think he’s got other elements of his game offensively he can build on and grow in. But, the fact that he’s confident and comfortable in that role brings us a lot of options to what we can do lower in the lineup.“

Wherever Kampf plays in the Leafs lineup, he will be relied upon heavily. And during these first few games of pre-season, Keefe and Dubas will get a first-hand look at where the 26-year-old belongs.
That won’t be until Monday, though, when the Leafs’ second group travels to Montreal to face the Canadiens.
(All stats in this article are courtesy of hockey-reference.com)
Uncategorized
Recent articles from Nick Barden