Hirvonen and Niemela onto the gold medal game against Canada 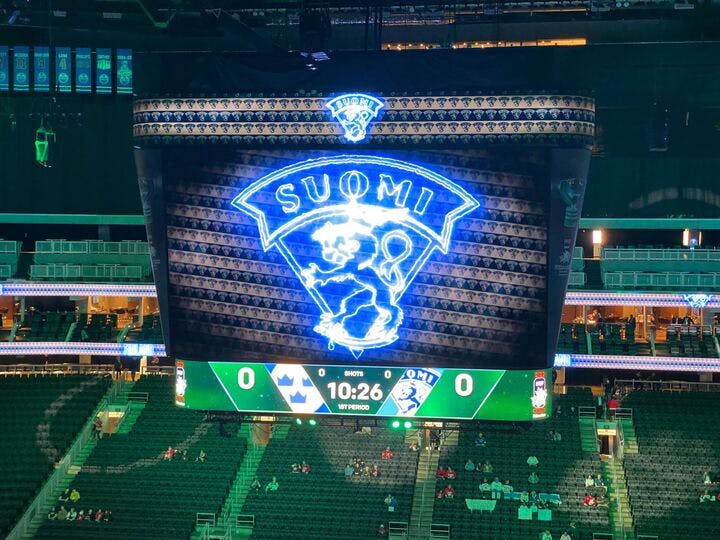 By Jon Steitzer
3 months ago
With the absence of a Canada vs. United States matchup in the World Juniors this year, the Finland vs. Sweden matchup is probably as good as it gets for top flight hockey rivalries this tournament. With that in mind it’s hardly surprising to see an absence of run and gun hockey from either Niemela or Hirvonen.
The approach worked and Finland hung on for the 1-0 win over Sweden and they are off to the gold medal game against Canada.

To say the first period between Finland and Sweden was cautious is an understatement. Neither team wants to give the other anything and through a couple of power play chances, Finland had the opportunity to play a slightly more aggressive game. Neither Niemela or Hirvonen had the opportunity to establish much on the power play.
Hirvonen: Roni was playing more conservatively than we’ve seen him play so far. He was defensively responsible, and put pressure on a Swedish shooter during an odd man rush, but also at times was part of a Finnish group that struggled to exit their zone.
Niemela: Topi put on a low key positive showing in the first. It’s great to see him skating the puck out of trouble, and the Finns were often reliant on him for both setting up zone exits and zone entries. Niemela had a solid poke check late in the first to break up a Swedish opportunity, but also had one tough pinch in the offensive zone that led to him being late to get back to his zone during a Swedish chance on goal.

The second period saw Finland pull ahead on the powerplay. Niemela led the breakout that produced the goal, picking up a secondary assist in the process
Hirvonen: For the most part Hirvonen is showcasing his defensive acumen this game, as he has broken up a rush attempt for Sweden, aggressively chased the puck around the Finnish zone, and in his nine seconds of killing a 5 on 3 penalty, Hirvonen swiftly cleared the puck out of the zone before getting off the ice.
Hirvonen also had a nice forechecking moment around the 15 minute mark of the period, leading to him twice putting the puck to the front of the net, but without a Finnish player there to capitalize.
Niemela: Besides the assist, Niemela has been showcasing his skating. He had a nice pivot earlier the period to create some space to safely move the puck from the defensive zone, and used his speed to win an important race for a loose puck.
Niemela had a nice slap pass prior to his powerplay assist, and it would be fun to see him tee it up from the point more often.

There really isn’t a whole lot to add about the third period. Finland was very much into protecting their lead, and both Hirvonen and Niemela were a part of that. That’s why we’ll see them in the gold medal game against Canada.

Hirvonen named one of the top three Finnish players

While I’d say Niemela had the stronger game of the two Leafs prospects tonight, Hirvonen has had a consistently strong tournament and will go home with a fancy new watch as a result of his strong performance so far. We’ll see how Finland does in their second matchup against Canada, but the Leafs prospects are guaranteed medals tomorrow night.
More from The Leafs Nation