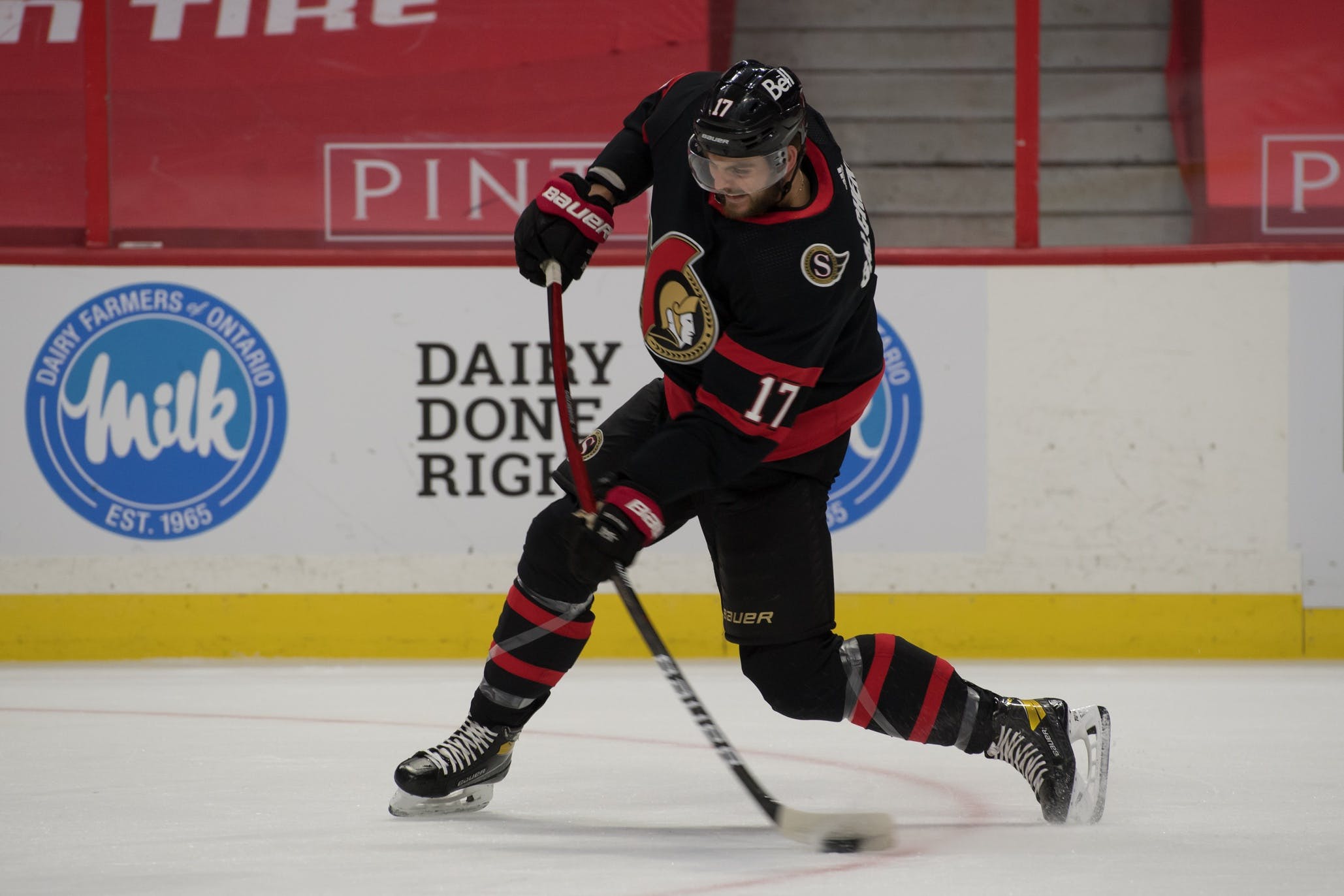 By Ryan Hobart
1 year ago
As you may have seen, the Leafs will have a debut tonight in their recently acquired center/winger @Alex Galchenyuk:
The former Montreal Canadien (to intentionally avoid listing all of the teams he’s formerly played with)
When Galchenyuk was drafted 3rd overall in the 2012 NHL Entry Draft by the Montreal Canadiens, there was a healthy amount of risk surrounding him. Not only were there questions about his citizenship and commitments to USA Hockey, there were also concerns about whether his game play would stack up, given that he missed a year and a half of pre-draft junior hockey play due to injury.
Those risks seem to have come to fruition to some degree, as Galchenyuk never became the top center that Montreal dreamed he would be. Instead, Galchenyuk has bounced around the league, and has now found himself on the fringes of the Maple Leafs roster.
With his Leafs debut coming tonight, it seems pertinent to review this strange career of his, and postulate about his potential to perform tonight and in the future for Toronto.
All below stats are from hockeydb.com.

His time with Montreal

His time everywhere else

With the heading being an obvious exaggeration, Galchenyuk has spent the last 3 years bouncing around the league. The Maple Leafs will be the 7th team to own his rights, and the 6th team he will play for.

He spent just one season in Arizona, and was mostly a disappointment there. There was an expectation that he would turn the tide with an opportunity to play at center again, but things didn’t work out.
He was moved to wing partway through his tenure with Arizona, and then things became sour once again. Arizona ended up trading Galchenyuk to Pittsburgh to start the next phase of his journey.

In the steel city, Galchenyuk’s downturn continued. For the first time in his career, expectations weren’t that he was going to be a top performer. Instead, he was joining Pittsburgh behind elite centers @Evgeni Malkin and @Sidney Crosby and needed to adjust to different expectations.
Despite being the main asset that the Penguins got in return for @Phil Kessel, Galchenyuk’s time in Pittsburgh was not thrilling whatsoever.
In about half of a season with Pittsburgh, his rates of production dropped significantly, which has to be due to his reduced role, be it the reduced opportunity or the reduced drive to perform. Pittsburgh then traded Galchenyuk mid-season in a deal to get @Jason Zucker from the Minnesota Wild.

Galchenyuk finished the season with Minnesota scoring 7 points in 14 games, including the Wild’s 5 game play-in series against the Vancouver Canucks. The Wild lost the series 3-1, and Galchenyuk was a non-factor. It was a short-lived stint which ended with Minnesota choosing not to re-sign him.

Now an unrestricted free agent, Galchenyuk signed a 1-year deal with the Senators to try to prove he still belonged in the NHL. After being scratched for the first 4 games of the season, he finally drew in the lineup and got himself just 1 point in 8 games.
Ottawa then traded him to Carolina to get Ryan Dzingel back. He would never play a game for the Hurricanes though, as he was then dealt to our beloved Toronto Maple Leafs for Egor Korshkov, an overseasoned prospect, and AHL defender David Warsofsky.

His time with Toronto

It hasn’t even really yet begun. He has played a couple of games with the Marlies, and he looked great. He’s scored 8 points in 6 games for the Marlies, which earned him tonight’s debut.
What can we expect from Galchenyuk going forward? Well, he’s become a winger almost certainly at this point, and he’ll begin there on a line with Tavares and Nylander. His speed and playmaking ability will hopefully be able to find the Leafs best shooters other than Matthews in good positions, and generate some effective offense.
Overall, it’s most likely that TO is just another stop on what looks to be a tough battle going forward for Galchenyuk to stay in the NHL. But, if anyone can make him look like a top-6 forward, it’s Sheldon Keefe’s Maple Leafs. Let’s keep an eye on how he does tonight, and hope for the best.
Uncategorized
Recent articles from Ryan Hobart