Around the NHL: Klingberg finds a home, new assistant coaches and Sharks to retire Marleau’s number 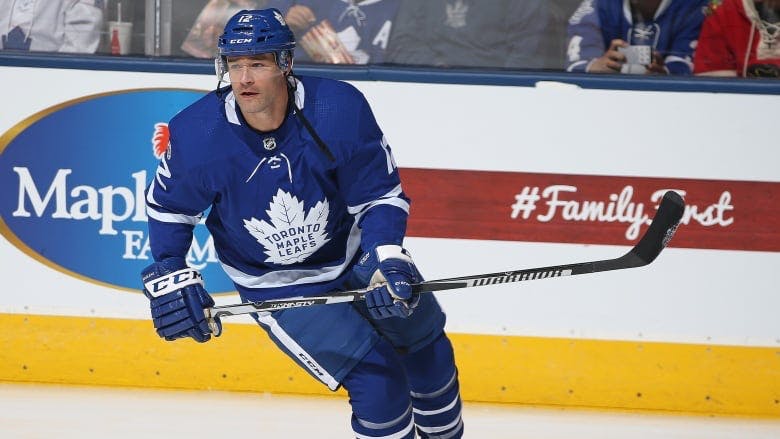 By Scott Ony
4 months ago
We are just over nine weeks away from the opening day of the 2022-23 NHL season. The once lengthy list of available players is getting thin, and teams are taking shape. Over the past week, two major and several depth free agents have been signed, four teams added to their respective coaching staffs, and it has been announced a potential Hall of Fame player will have his jersey retired.
New Contracts
The top available defenceman in the 2022 free agent class has finally found a new home. Former Dallas Star John Klingberg has agreed to a one-year contract worth 7 million dollars with the Anaheim Ducks.
Just days after firing long-time agent Peter Wallen, Klingberg and his new agency Newport Sports Management got a deal done. The soon to be 30-year-old Klingberg must be frustrated with the lack of term, but he will have another chance next summer assuming he continues to put up points.
The Calgary Flames re-signed 2021-22 breakout forward Andre Mangiapane to a three-year contract at an average annual value (AAV) of 5.8 million. Mangiapane (26) set career highs in goals with 35 and points with 55 while playing all 82 games for the first time in his career. He also recorded 6 points in twelve playoff games.
With the Flames losing Johnny Gaudreau to the Columbus Blue Jackets in free agency and trading Matthew Tkachuk to the Florida Panthers, the Flames will need Mangiapane to build on his career year. If he can score near the same rate as last season, this contact will be a bargain.
Other contracts signed over the last week include Mathieu Joseph four years 2.95 AAV (OTT), Oliver Kylington two years 2.5M AAV (CGY), Ethan Bear one year 2.2M (CAR), Kappo Kakko two years 2.1 AAV (NYR), Owen Tippett two years 1.5M AAV (PHI), Ryan Donato one year 1.2M (SEA), Danton Heinen one year 1M (PIT) and Zack MacEwen one year 925k (PHI). All these signings were restricted free agents.
The top remaining unrestricted free agents are Nazem Kadri, Patrice Bergeron, Phil Kessel, Paul Statsny, Evan Rodrigues, P.K. Subban, Sonny Milano, Paul Statsny, Anton Stralman and Sam Gagner.
The list of notable restricted free agents is much longer. Leading the way are Jason Robertson and Jake Oettinger of the Dallas Stars. A few others to watch out for are Jesper Bratt (NJ), Pavel Zacha (BOS), Kirby Dach (MTL), Rasmus Sandin (TOR), Sean Durzi (LAK) and Mario Ferraro (SJ).
Rasmus Sandin is likely looking for a similar contract to Ethan Bear at 2.2M as their production is similar but a more realistic comparison is teammate Timothy Liljegren at 1.4M as he and Liljegren are not as established as Bear.
New Coaches
San Jose Sharks new head coach David Quinn has added Ryan Warsofsky as an assistant coach. Warsofsky has quickly risen the ranks of professional coaching. His first year as a pro coach came in 2016-17 with the South Carolina Stingrays of the ECHL. After two successful seasons, he was promoted to assistant coach of the AHL’s Charlotte Checkers.
Warsofsky has spent the last three seasons as the head coach of the Checkers. Last year he led them to an astounding 50-16 record and a Calder Cup championship. Many expected Warsofsky to land a head coaching job in the NHL this summer, but he will have to wait at least one more.
He will oversee the defence and penalty kill in San Jose. If he can somehow find a way have success with a lackluster Sharks team, expect him to be a serious candidate for any head coaching vacancies that arise in 2023.
The New York Islanders and Montreal Canadiens have also signed assistant coaches. John Maclean is headed to Long Island and Stephane Robidas will join Montreal.
Paul Maurice and the Florida Panthers have brought in video coach Myles Fee from the Buffalo Sabres. Fee previously worked with Maurice on team Europe at the 2018 World Cup of Hockey.
Patrick Marleau Jersey Retirement
Earlier this week the San Jose Sharks announced they will be retiring Patrick Marleau’s number 12 jersey on February 25th against the Chicago Blackhawks. The NHL’s all-time leader in games played with 1779 will be the first player to have his number retired in San Jose.
Selected second overall in the 1997 draft, Marleau spent 21 seasons playing for the Sharks and holds team records in points with 1111, goals with 552 and games played with 1607.
He will also be remembered for his two seasons with the Toronto Maple Leafs from 2017-19. He may have been past his prime, but still managed to score 84 points and played in all 164 games. While his production in Toronto was impressive for a 38-year-old, what Leafs fans will remember him for was his bond with Auston Matthews and Mitch Marner.
Marleau never won a Stanley Cup or NHL award but his two Olympic gold medals in 2010 and 2014 combined with his longevity could be enough for him to one day enter the Hockey Hall of Fame.
More from TheLeafsNation.com
Uncategorized
Recent articles from Scott Ony