Around the NHL: Makar makes history, Hall of Fame class set and Sweeney staying in Boston 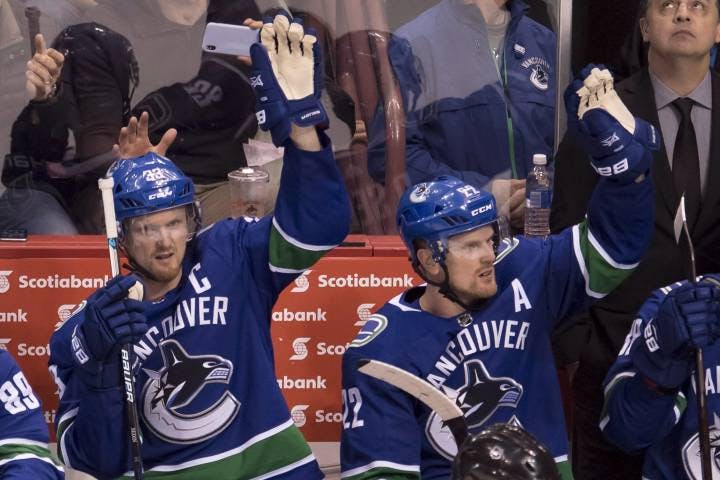 By Scott Ony
7 months ago
We are now through the 2021-22 NHL season and the Colorado Avalanche are Stanley Cup champions. While their players celebrate a well-deserved victory, the rest of the league is preparing to challenge for the cup in 2023.
The 2022 Hockey Hall of Fame class has been chosen, the Boston Bruins have re-signed their general manager and the Chicago Blackhawks have a new head coach.
Makar and Bednar make history
Cale Makar is the youngest defenceman to win the Conn Smythe trophy since Bobby Orr in 1972. Just days after winning his first Norris trophy as the league’s best defender, the 23-year-old Makar picked up another piece of hardware. With 29 points in 21 playoff games, Makar was the clear-cut choice for the award. He has now won the Hobey Baker, Calder, Norris, and Conn Smythe trophies in just over three calendar years. He is clearly the best defenseman in the NHL and is now rivaling Connor McDavid and Auston Matthews for the best player overall.
Colorado’s head coach Jared Bednar is the first coach in history to win championships in the NHL, AHL and ECHL. The product of Yorkton, Saskatchewan played professionally for nine seasons splitting time between the ECHL, AHL and IHL. Immediately upon his retirement in 2002, he began coaching as an assistant for the South Carolina Stingrays of the ECHL. Now nearly twenty years and two championships later he adds a Stanley Cup to his resume.
Europeans dominate the Hall of Fame class, Carnegie finally gets in
Henrik and Daniel Sedin headline the 2022 Hall of Fame class. Former NHL players joining them are their Vancouver Canucks goaltender Roberto Luongo and Ottawa Senators legend Daniel Alfredsson. Herb Carnegie and Riika Salinen have been inducted as well.
Based solely on statistics, many thought the Sedin’s would have to wait to enter the hall, but they made it in their first year of eligibility. While they were great players, there are several not in the hall who best them in terms of points per game. Fellow Swede Alfredsson’s career stats are similar, but he had to wait until his fifth year of eligibility. Roberto Luongo was one of the best goaltenders in the league for the better part of two decades, but never THE best. He is without a Stanley Cup or Vezina trophy but his consistent level of elite play, longevity and two Olympic gold medals rightfully earn him a spot in the hall.
Herb Carnegie is known for being the best black player to not play in the NHL. He retired from hockey in 1954, three years prior to Willie O’Ree breaking the NHL’s colour barrier. While it is nice to see Carnegie recognized, it’s unfortunate it took this long. He passed away in 2012 and it is a shame he was not able to enjoy this accomplishment. The NHL failed him during his playing days and his retirement.
Riikka Salinen is the first non-North American woman to enter the hall and only the ninth woman overall.  Salinen’s longevity rivals any athlete in the history of sports. She won seven world championship medals (six bronze, one silver) and two Olympic medals (both bronze) with Finland from 1990 to 2018. At 44-years-old she became the oldest player in Olympic hockey history to win a medal in 2018.
Sweeney stays in Boston, Richardson to coach Blackhawks
The Boston Bruins have re-signed their general manager Don Sweeney to a multi-year contract. Sweeney has been in this role since 2015 and will be sticking around for the foreseeable future. Just weeks after he fired head coach Bruce Cassidy his contract was set to expire. People wondered if Boston might re-tool their management team as well, but they decided to bring him back. Sweeney has had an up and down tenure in Boston. He is most known for botching the 2015 draft with three consecutive first round picks, the best being Jake Debrusk. Matt Barzal, Kyle Connor, Thomas Chabot, Sebastian Aho, and Brock Boeser are some of the players he passed on. His best picks in his Bruins tenure have been Charlie Mcavoy in 2016 and Jeremy Swayman in 2017.
The Chicago Blackhawks have hired Luke Richardson as their next head coach. A former Maple Leaf, Richardson spent the last three seasons as an assistant coach in Montreal. He replaces interim coach Derek King after less than a season on the job. Jeremy Colliton was fired 12 games into 2021-22.
More From TheLeafsNation.com
Uncategorized
Recent articles from Scott Ony