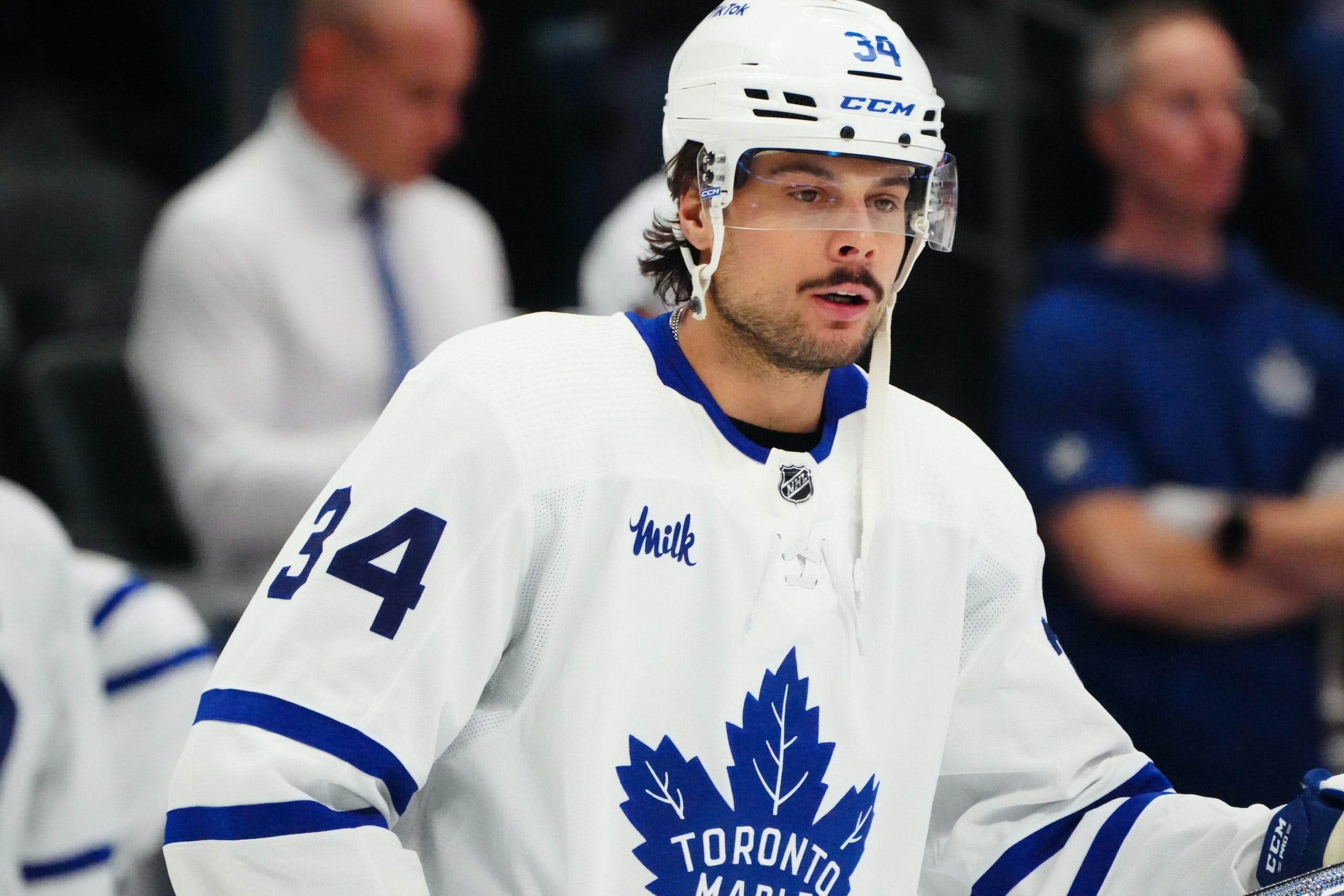 By Cam Lewis
20 days ago
The Toronto Maple Leafs will be without star centre Auston Matthews when they take on the Nashville Predators on Wednesday night.
Matthews was absent at Leafs’ practice on Tuesday, returned to the ice for the team’s optional skate on Wednesday, and stayed on for extra work after the players in the lineup left the ice. Following the skate, head coach Sheldon Keefe confirmed that Matthews won’t suit up against the Preds because of something that has “been bothering him for a while.”
Matthews has appeared in all of Toronto’s games so far this season but his production has dipped from the Hart Trophy- and Rocket Richard-winning performance he put together in 2021-22. Through 41 games this year, Matthews has 20 goals and 47 points, while he had 31 goals and 54 points by this point last season.
Though Matthews has still been one of the league’s best players this season, his decline from a 17.2 shooting percentage to an 11.6 shooting percentage has led to some speculation that he could be dealing with a nagging injury.
Coming into the lineup in Matthews’ place will be Bobby McMann, who will be making his NHL debut.
The Leafs inked McMann to a minor-league contract following the conclusion of his NCAA career with Colgate University in 2020 and he earned a two-year, entry-level contract with the club back in April after putting together two strong seasons between in the ECHL and AHL.
So far this season, the 26-year-old McMann has eight goals and 15 points over the course of 17 games with the Marlies. If you’d like to read more about McMann, Nick Barden wrote an in-depth feature on him earlier today.
News
Recent articles from Cam Lewis