Belief in the current group was No. 1 for Mark Giordano in re-signing with Maple Leafs 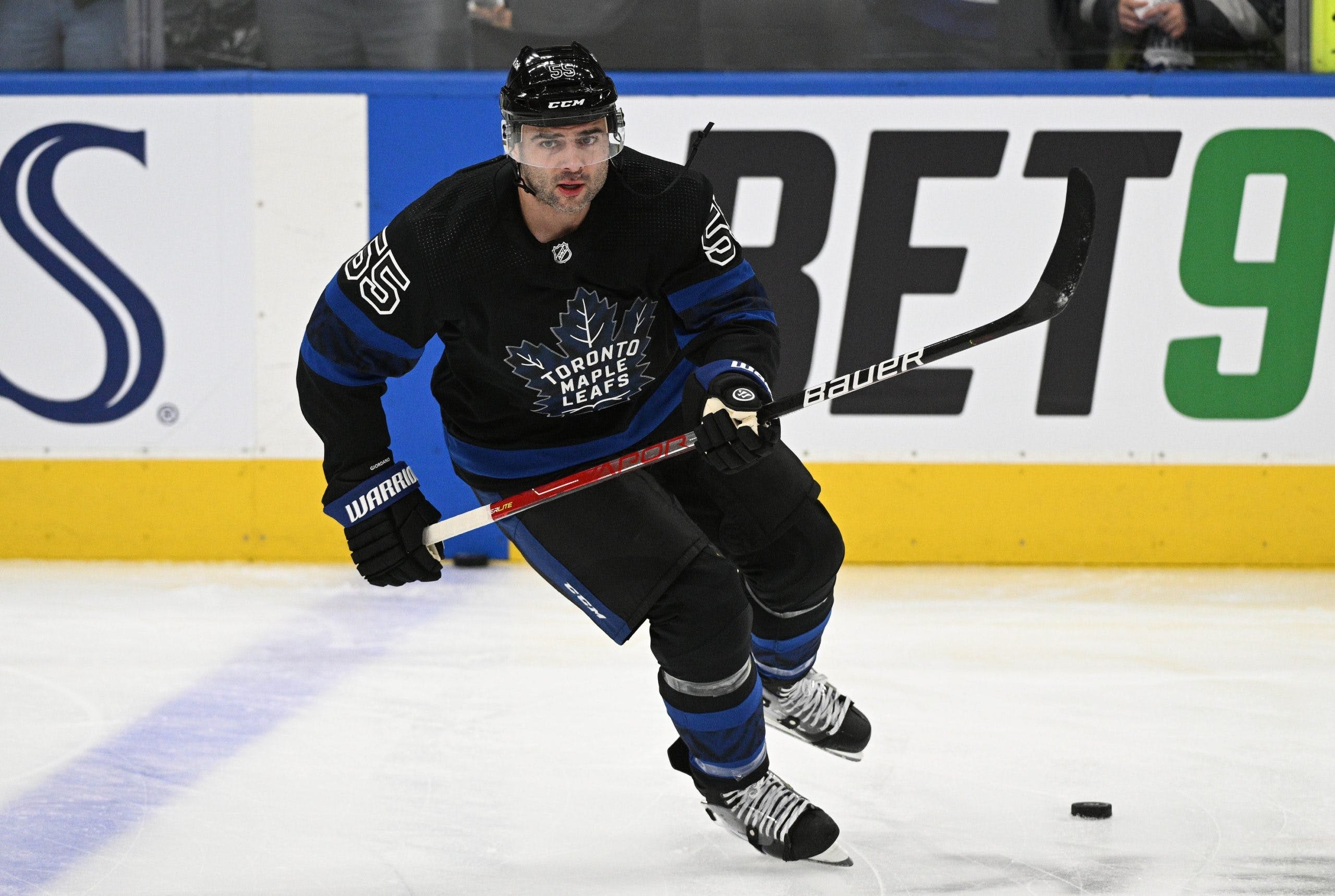 Photo credit:Dan Hamilton-USA TODAY Sports
8 months ago
Mark Giordano could have made more money by signing with another club.
But having grossed well over $60 million in salary over the course of his NHL career, the Toronto-native opted to stay home by signing a two-year contract worth $1.6 million on Sunday with the Toronto Maple Leafs.
And while the lure of being home was a major factor in agreeing to terms, he made it clear several times that his belief in the team’s ability to contend for Stanley Cup was the top reason for signing in Toronto.
“First and foremost, I believe that this team is a contender and that was my first thought,” Giordano said in a Zoom conference with reporters on Monday. “But then all the rest that comes with it, me being from Toronto and it being a really good opportunity for my family.”
Giordano had his eye on becoming a Maple Leaf ever since it became clear that his previous team — the Seattle Kraken — were not bound for the playoffs. He was ultimately traded to the Leafs on Mar. 20 along with forward Colin Blackwell in exchange for a pair of second-round draft picks and a third-round draft choice.
In 20 games with the Maple Leafs, Giordano scored two goals and had 12 points. He fit in well on the team’s third defence pair, but didn’t exclusively see bottom-pair minutes. He averaged 20:07 of ice time in the Leafs’ first-round loss to the two-time defending Stanley Cup champion Tampa Bay Lightning. Sheldon Keefe’s mixing and matching of lines and assignments saw Giordano skate in various roles, including stints on the team’s power play.
“I think he’s a great coach,” Giordano said of Keefe. “His bench management, the way he sees the game, I agree with a lot of his — I guess you can call them theories on the game or the way he sees it from the bench and the way he sees it in video sessions.”
The 2019 Norris Trophy winner follows in the footsteps of Jason Spezza and other veterans who have come home to Toronto and have taken smaller salaries to help the Leafs, particularly when it comes to their tight salary cap situation.
“Everything he does is done to help the team win and that includes a tremendous sacrifice in this contract negotiation,” Maple Leafs GM Kyle Dubas said in a team-provided statement on Sunday.”
Giordano didn’t characterize the reduction in his remuneration in the same manner as Dubas.
“I’m definitely blessed to have had the career I’ve had so far and be in a position financially where I’m in a good spot,” Giordano said. “I wasn’t worried about hard negotiating or anything like that. At the end of the day I want to be here. I love the team and I wanted to do what I can do to help this team move forward and win.”
In what the Leafs didn’t give him in salary they made up for in term by signing the veteran to a two-year deal that will put him at the age of 40 when it expires in 2024.
“It makes you feel better about things and for me, for myself,” Giordano said. “I just feel like to get the two years I really feel like I can establish myself even more as a leader in that room and presence on this team.”
After locking up Giordano, the Leafs have approximately $7.05 million in cap space with just 18 players committed for the 2022-23 season. And while Spezza laid the groundwork for hometown minimum (or near minimum in Giordano’s case) contracts in Toronto, there’s still no word on Spezza’s future with the Maple Leafs.
But for Giordano, playing for a contender and his hometown where both he and his wife, Lauren, grew up became a top priority as the family establishes roots in the city.
Living in a hotel when he first joined the team, the Giordano family has settled in the city but will start house hunting this summer.
He had owned a house in the city but sold it a few years back.
“I wish I hadn’t now,” Giordano joked. “But it’s easy to look back now. I’m happy that my kids can see all of their cousins and grandparents on a more regular basis.”
News