Can a stronger post-pandemic NHL open a wider window for the Leafs? 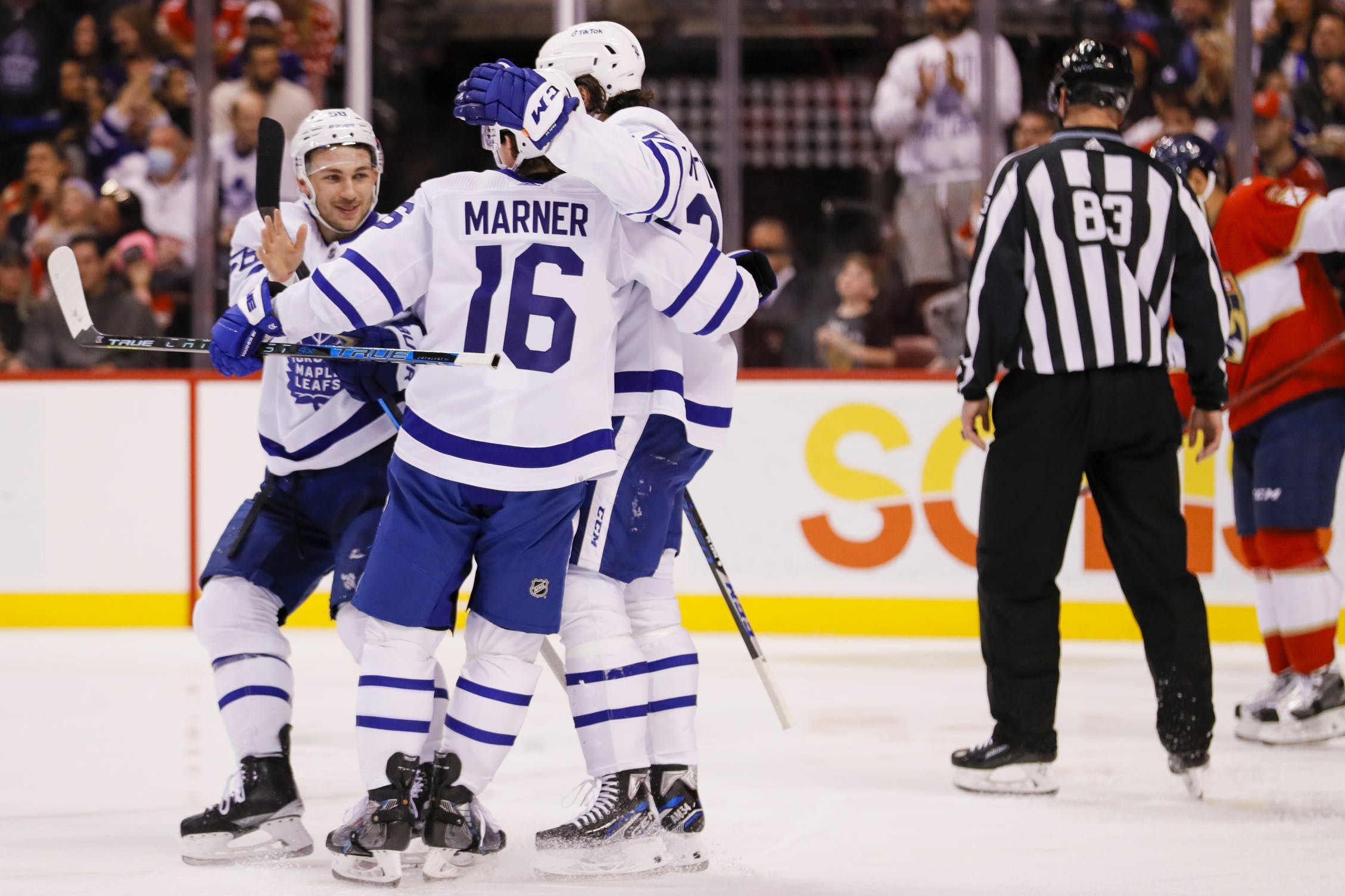 By Ryan Fancey
4 months ago
The thing most people don’t want to talk about when it comes to the Leafs is just how much the shifting of the league due to the pandemic absolutely wreaked havoc on their plans to contend. It doesn’t make for an interesting story to just throw up our hands and say “The flat cap is the problem”, but like, it sort of is. The nuked revenue due to the near-shutdown of the league since 2020 did damage to a lot of cap teams, but none quite like the Leafs.
Management in Toronto thought they had a strong long term plan worked out when they signed Matthews and Marner to monster second deals on top of the Tavares money in the same calendar year of 2019. They did so banking on new television deals, more expansion money, and a forecasted salary cap number that should be in the range of 92-95 million right now. With everything that’s happened since, it sits at 82.5 million — catastrophic for a team that wanted to get the most of a 5-6 year window before another re-up was needed.
I guess the question now becomes, with what seems to be the most normal season to get going since the pandemic started about to start, can the league, and with it the Leafs, get back on track with their long term plans?
However you feel about the Marner and Matthews contracts, the bottom line is that the Leafs *thought* that holding things over for a bridge scenario or the like would be even more expensive. The thinking was that by now, with a cap that should have been going up by a couple million every year, players in similar situations would be making even more. The deals from the Leafs would look fine by comparison, even saving a few bucks, and they would still have a decent chunk of change to fill in around the margins. The past (at least parts) of three seasons have destroyed that outlook, and the Leafs are operating with about 10-million less than they thought. Don’t get me wrong, every team is, but did any of the others have similar make-up? Not quite. No one timed things quite as badly (see: unluckily) as the Leafs.
The Leafs jumped in harder than any other team on second contracts, and got burned badly for it when the cap didn’t increase like they rightly (at the time) thought it would. But you would think that, considering how well they have navigated it to this point, if things get back on track with league revenue and the cap starts to creep up again, they should be able to make the most of that relief.
Whatever your thoughts on pandemic measures to this point and beyond, it is obvious that this upcoming NHL season is far and away the most normal from a fans standpoint since 2020. There is a lot more certainty in how fans will take in the games, and the league should start to make up some ground it’s lost since the string of shutdowns.
For the Leafs that should hopefully mean better luck with timing in the next year or two. Toronto could see the first of some decent cap increases right at the time when players like Kerfoot, Engvall, Kampf and Holl have expiring contracts next year, which gives them a nice window to retool. And two years down the road, with Matthews, Nylander, Muzzin, and Brodie expiring, things get a lot more serious. But the forecasted cap they’re looking at should be a lot more solid.
There’s no other way to slice it: The Leafs were massively unlucky when it came to the effects of pandemic shutdowns on the league. But as things open up to getting back on track, they may have made their own good luck in these next couple years by navigating things with short term options that allow them the flexibility to retool for the next phase of this Matthews Era window.
More from TheLeafsNation.com: