Breaking down the Leafs depth chart heading into the trade deadline 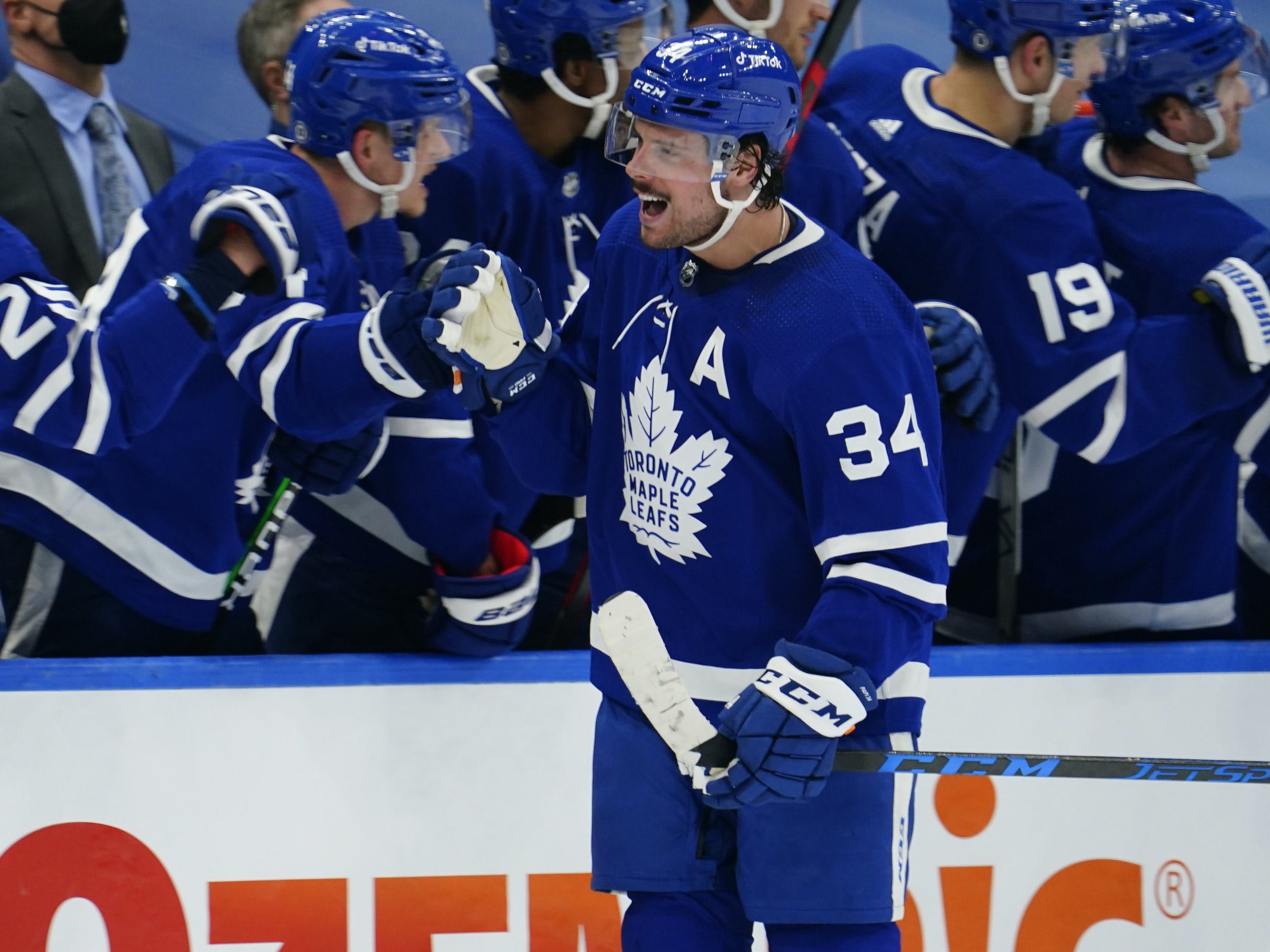 By Kyle Cushman
10 months ago
We’ve nearly arrived at the 2022 NHL Trade Deadline, and with the Toronto Maple Leafs still yet to make any moves this week as of the writing of this article, what better time to check in with an organizational depth chart update.
The Maple Leafs are, for the most part, in a good spot organizationally. There are some injuries spread across all three of the NHL, AHL, and ECHL levels, but nothing catastrophic. @Jack Campbell and @Jake Muzzin remain out in the NHL, with @Auston Matthews returning from suspension in the Leafs next game.
Note that each of the Maple Leafs, Toronto Marlies, and Newfoundland Growlers depth charts are taken from their most recent games.

Beginning in the NHL, the impending return of Matthews for the Leafs will result in some very interesting potential combinations. With @Wayne Simmonds currently out of the lineup, we could see a fourth line featuring @Jason Spezza, @Nicholas Robertson, and @Ondrej Kase on Saturday if @Alexander Kerfoot remains on the second line. That would be an excellent trio further down the lineup that could do some damage against weaker competition.
On defence, the closest thing to a deadline acquisition so far in @Ilya Lyubushkin remains paired with @Morgan Rielly. Given rumours about Toronto looking to acquire another left-handed defenceman, I wonder if we could see Lyubushkin remain with Rielly past the deadline. A trade to acquire someone like @Mark Giordano would open up the possibility of reuniting him with T.J. Brodie while also allowing @Jake Muzzin to play lower in the lineup upon his eventual return.
In net, @Erik Kallgren has impressed through three games of NHL action. At this point, Sheldon Keefe has made it clear that whoever is stopping pucks will get to play and at the moment that is Kallgren.

At the AHL level, the Marlies are running low on forwards. With Nick Robertson up in the NHL in addition to the Ho-Sang and Michaelis absences, the Marlies have essentially been playing every forward on the roster for the past couple of weeks.
@Dmitry Ovchinnikov has arrived in Toronto and has begun practising with the Marlies, but it will likely still be a bit until we see him in-game action. Going from the MHL to the AHL is a big step up in competition, not to mention Ovchinnikov hasn’t played a game in a few weeks as well. They’ll likely look to get him acclimated in practice before we see Ovchinnikov on the ice in a game situation.
On defence, the season-long rotation continues. After seeing a few consecutive games at forward, @Joseph Duszak is back on defence. @Teemu Kivihalme is back healthy, now giving us the game to game rotation we’ve seen for much of the season on the right side on the left as well.
@Joseph Woll left the Marlies last game against Hershey early due to injury. As of the writing of this article, we don’t have an update regarding his status and if he will miss any game action. If he does, expect @Michael Hutchinson to slide into the starting role and Keith Petruzzelli to be recalled by the Marlies.

@Pavel Gogolev remains the lone Leafs affiliated prospect on the Growlers roster. Since being sent down, he’s been on fire, regaining the confidence in his offensive game that was seemingly lost for much of the AHL season.
Jeremy McKenna and Marc Johnstone are back with the Growlers after a short time with the Marlies. Riley McCourt continues his transition from defence to forward coming off of Player of the Week honours. Meanwhile, Ben Finkelstein is putting up forward-like numbers from the blueline with 40 points in just 24 games.
Angus Redmond is back for his third stint in the Leafs organization. He spent the 2019/20 season on loan with the Growlers, signed an AHL contract with the Marlies last season, and has now been re-acquired by the Growlers with the team in need of another goaltender due to Evan Cormier’s return to Manitoba.
Finally, top prospect Topi Niemela is still sidelined due to injury in Finland. He should be back soon to finish off the regular season and begin the Liiga playoffs.
We’re also nearing NCAA tournament time and the end of the season for Toronto’s numerous American based prospects. Keep a keen eye on the likes of Nick Abruzzese and Matt Knies in the coming couple of weeks as there has been much speculation regarding their status and potentially turning pro with the Leafs at season’s end.
More from TheLeafsNation.com
Uncategorized
Recent articles from Kyle Cushman