Breaking down the Toronto Maple Leafs depth chart heading into 2022 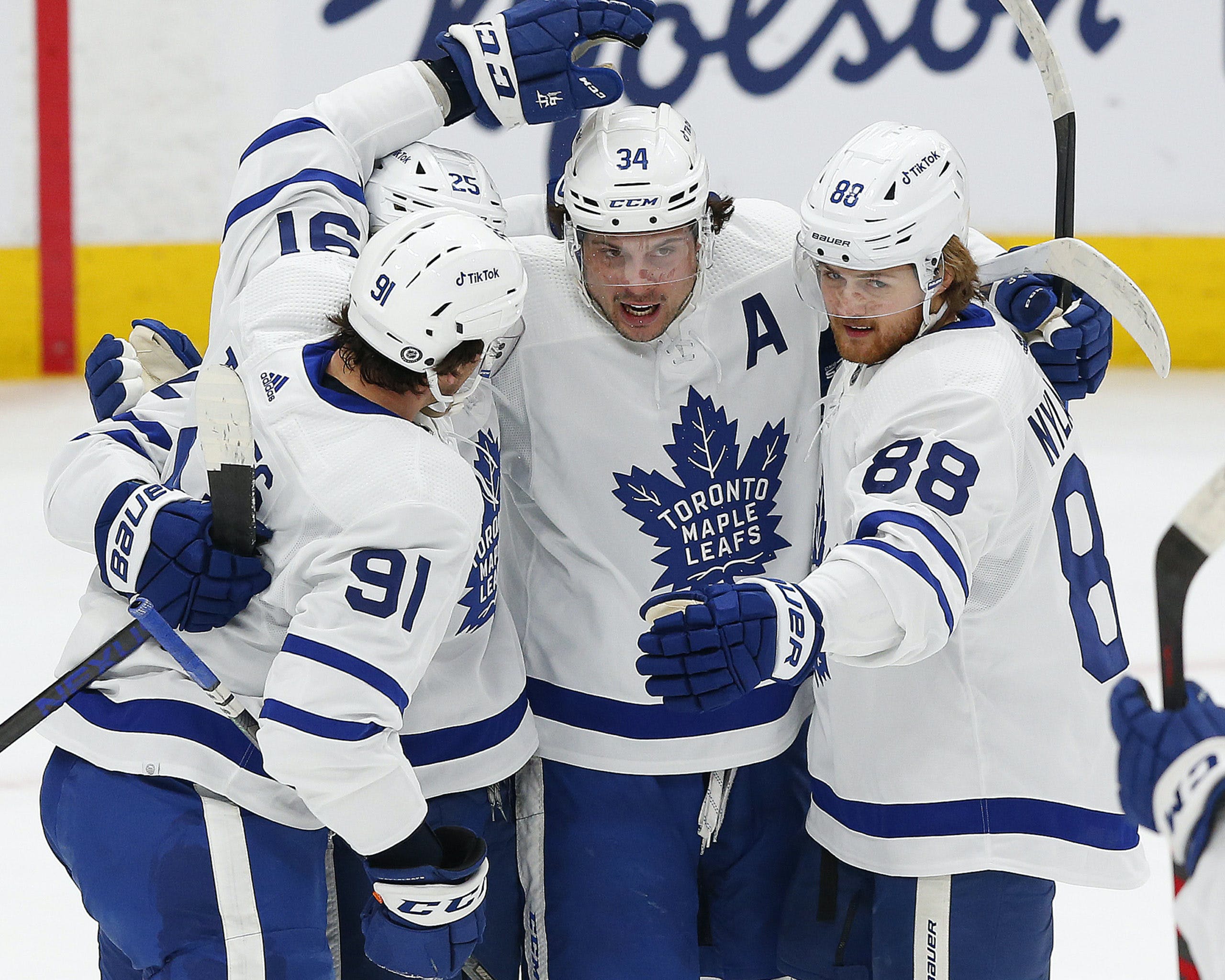 By Kyle Cushman
11 months ago
Two and a half weeks since their last game against the Edmonton Oilers, the Toronto Maple Leafs will hit the ice tonight against the Ottawa Senators.
If you follow me on Twitter (@Kyle_Cush), you’ll probably be familiar with the organizational depth charts I tweet out regularly. Needless to say, it has been an unusually long time between games, so it has been a while since I last put out an update. With how many moves have been completed factoring in COVID protocol, players returning from injury, and the re-introduction of the taxi squad, let’s dive into the Leafs complete depth chart to get you back up to speed on each level of the organization.
As of the morning of January 1, 2022, here is where the Toronto Maple Leafs organizational depth chart stands:

To begin, the Maple Leafs have all of their NHL forwards healthy and available for the first time since the preseason. @Ilya Mikheyev returned to Toronto’s lineup just prior to this COVID pause, while @Mitch Marner comes back into the Maple Leafs lineup after a spell on LTIR.
As of Friday’s practice, it appears as though @Nick Ritchie will be the odd man out. On the first line, @Michael Bunting has locked down the left-wing role alongside @Auston Matthews and Mitch Marner for now. @Alexander Kerfoot has consistently looked his best with Toronto when playing 2LW with @John Tavares and @William Nylander, so he won’t be moving from that spot anytime soon.
The shutdown third line is not a fit for Ritchie’s skillset, which only leaves the fourth line for him at the moment. A rotation with @Pierre Engvall is the most likely situation at 4LW. Engvall gets the edge given his versatility, penalty killing, and element of speed, though Ritchie has played well when alongside @Jason Spezza and @Wayne Simmonds this season.
Getting back to the third line, I’m very excited to see how the Ilya Mikheyev, @David Kampf, and @Ondrej Kase unit performs. I fully expect that trio to see a vast majority of defensive zone starts and turn them into rush chances in the opposite direction. We’ve seen the third line be effective with Pierre Engvall in that spot and should only improve with Ilya Mikheyev. Everyone is aware of Mikheyev’s finishing struggles last season, but the presence of Ondrej Kase as another shot generator and net-front finisher should help the chances created turn into actual goals on a more regular basis.
On defence, there isn’t much to say. The pairs are what we’ve seen for basically the entire season, with @Timothy Liljegren the only absentee in COVID protocol. His absence actually helps the Maple Leafs right now, which is where things get a bit complicated. Toronto can only afford one extra skater with a healthy lineup under the cap. When Liljegren comes off of COVID protocol, the Leafs will either have to send him down or place a forward on waivers.
If Toronto doesn’t want to place Pierre Engvall or Nick Ritchie on waivers for various reasons, we could see the Leafs look to use the re-introduced taxi squad to their advantage. While obviously not ideal, the Maple Leafs could send Timothy Liljegren down to the taxi squad to keep him around the team and swap him with @Rasmus Sandin on the active roster when they want to get him into games.
Once Liljegren is back there is no way for Toronto to have all 13 forwards and seven defencemen on the active roster, so some roster manoeuvring will be needed at that time. Whether that be in the form of waivers, a taxi squad rotation, or a trade remains to be seen.

@Teemu Kivihalme, @Alex Biega, and @Michael Hutchinson currently make up the Toronto Maple Leafs taxi squad.
Hutchinson will likely be a mainstay on the taxi squad, but outside of him, I expect to see a lot of rotation on the taxi squad. This will allow different players to get into games with the Toronto Marlies and stay in game shape, while also providing the Leafs with the extra bodies they may need. As mentioned earlier, the taxi squad may also be used as a tool for Toronto to delay any waivers assignments or trades with the tight cap situation.
As for the Marlies, they have returned from their own COVID outbreak but still have some key players on the sidelines. Top prospect @Nicholas Robertson remains sidelined with the fibula fracture he suffered on the opening weekend of the season. Arguably the Marlies best defenceman this season, @Joseph Duszak, is out with an ankle injury. Offseason addition @Brennan Menell, a strong candidate to see time on the taxi squad, is out with a shoulder injury.
The re-introduction of the taxi squad will take away some top veterans from the Marlies, opening the door for more ice-time for the prospects. I’ll continue to have an eye on @Filip Kral as he locks down a top-four spot on defence, as well as @Joseph Woll in net as he looks to find some consistency at the AHL level.
And with that, we’re all caught up on the state of the Toronto Maple Leafs organizational depth chart and set for the first game back tonight against the Senators. There will almost certainly be many roster moves and assignments made across all three levels of the organization going forward, so be sure to stay up to date with regular updates on Twitter before the next break down closer to the trade deadline.
Content
Recent articles from Kyle Cushman