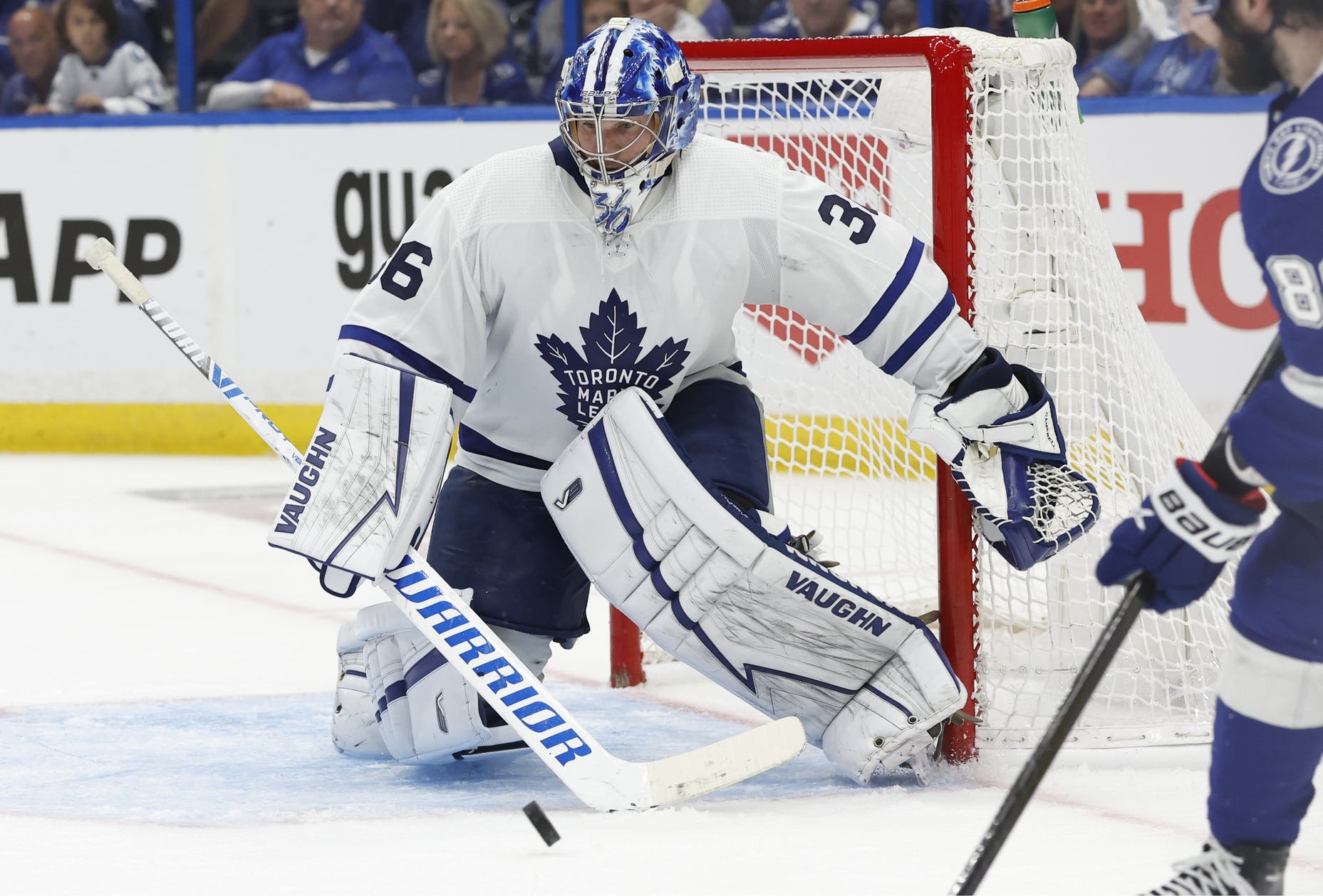 By Joseph Zita
4 months ago
The Edmonton Oilers are expected to sign goaltender Jack Campbell to a five-year, $25 million dollar contract with an average annual value (AAV) of $5M per season, per Kevin Weekes of ESPN.
Campbell, who was traded to Toronto in February of 2020 from the Los Angeles Kings along with Kyle Clifford in exchange for Trevor Moore, a 2020 third-round pick and a conditional 2021 third-round pick, quickly became a fan favourite in the city with his kind and loving personality. After being acquired from the Kings, Campbell became the Leafs’ backup goalie after the franchise had trouble with playable backup goalies behind Frederik Andersen.
However, after the 2019-20 season, Campbell quickly took the crease from Frederik Andersen in the 2020-21 shortened season due to injury and poor play and he took it and ran with it until the playoffs hit. He posted a record of 17-3-2 with a GAA of 2.15 and a SV% of .921 in 22 games and followed that up with another solid season last year with the Maple Leafs.
In the 2021-22 campaign, he posted a record of 31-9-6 with a GAA of 2.64 and a SV% of .914 in 49 games which are still pretty darn good If you ask me. Now I know people might be wondering why Toronto just didn’t go ahead and re-sign Campbell given how well he has played in the two and a half years he’s been with the team, and I understand that but how many people would be confident re-signing a 30-year-old goalie with 135 games of NHL experience to the contract that he just signed in Edmonton?
All in all, over Jack’s two and a half years with the organization, he played in 77 games posting a 51-14-9 record and had some pretty solid numbers too with a GAA of 2.50 and a SV% of .916 which is pretty great for someone who has never been looked at as a starting goalie in this league and really only got an opportunity like this just recently in Toronto.
Campbell will join a short list of former Maple Leafs who are also in Edmonton right now, including defensemen Tyson Barrie and Cody Ceci, as well as fan favourite forward, Zach Hyman who signed a massive seven-year deal last free agency.
All the best to Jack in Edmonton with the Oilers and I hope he succeeds there.
More from TheLeafsNation.com
POINTSBET IS LIVE IN ONTARIO!