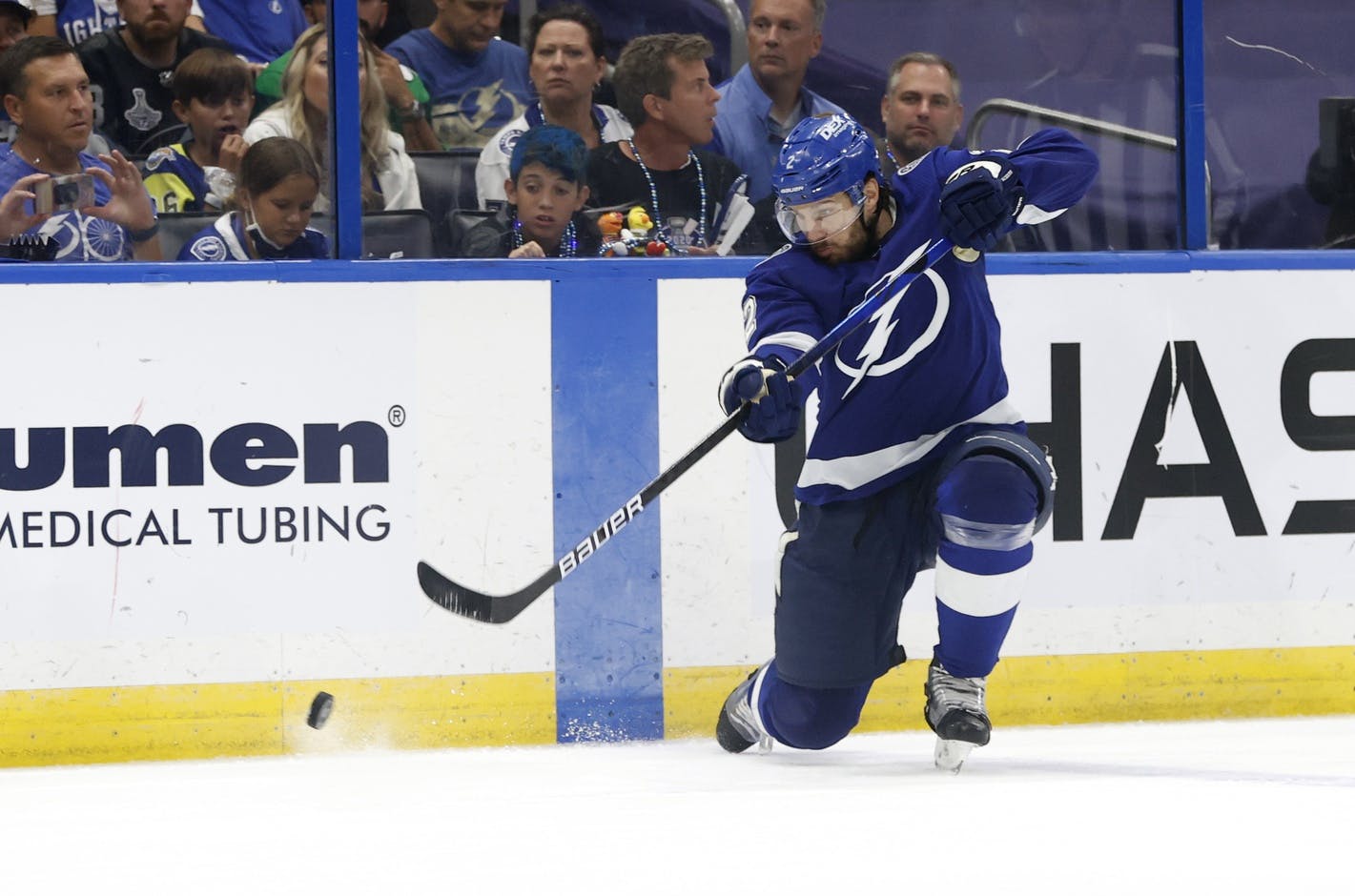 By Michael Mazzei
1 year ago
So it turns out giving @Zach Bogosian a new contract was not a no-brainer like I thought it would.
Bogosian played well in his lone season with the Leafs as a shutdown defenceman on the third pair. So much, in fact, that Sheldon Keefe had little choice but to continue riding the hot hand throughout the campaign and during the playoffs (apart from a shoulder injury that left him out of the lineup for a month). It seemed like an easy decision to bring him back for another year, but with rumours suggesting he wants to return to the United States and be closer to his family, he is off to greener pastures.
His departure from Toronto leaves a gaping hole on the blueline for a stay-at-home defender who slots in on the bottom pair and providing a physical edge to help make the team tougher to play against. Bogosian’s absence is going to sting but he is by no means irreplaceable. There will surely be plenty of options for Kyle Dubas to consider both on the market and within the organization as a Bogosian replacement.
One option could just be a familiar name who last played for the team nearly a decade ago.
You may initially think that the idea of bringing back @Luke Schenn is completely outlandish and would surely fail. After all, he was drafted fifth overall in 2008 with high expectations placed on him which were never reached during his four seasons donning the Blue and White before being traded to the Flyers for @James van Riemsdyk in 2012.
Unlike the last time he was a Leaf, there will be minimal anticipation of him setting the league ablaze in 2021. That’s a good thing because Schenn has settled in nicely into his new role as a bottom-pairing defenceman. He won’t be relied upon in every single game and could provide some value in terms of killing penalties and playing a sandpaper style of hockey, which is the kind of defenceman the Leafs could use.
Bogosian played well in a similar role and he helped the Leafs become a much-improved unit in their own end throughout the 2021 campaign. So if the team decided to bring in Schenn as his replacement, they would likely be getting similar results in 2021-22 because the two players are eerily similar.
All stats are at 5v5.
The comparisons don’t end there. Both finished the season less than the full 56 game campaign (45 for Bogosian, 36 for Schenn), recorded four points in the regular season and just one in the playoffs. They also finished within two penalty minutes of each other, both are listed at 6’2″, have a similar weight, and both shoot on the right side. I could go further, but you should now get the sense that the two players are near carbon copies of each other.

Now you could argue that the Leafs should prioritize giving the likes of @Rasmus Sandin and @Timothy Liljegren a larger role, which is a fair point. Both players are not going to be prospects for long so there needs to be a point where each of them, especially Liljegren, gets a chance to prove their worth in the NHL.
Here’s the thing, signing Schenn would not impede on the two players getting their dues. He has not played in over 80% of his team’s games since the 2016-17 campaign (where he appeared in 78 contests for the Coyotes) so it’s fair to assume that he will not be an everyday player for the coming year. The fact that the NHL is returning to an 82 game season makes it more imperative to have the ability to seamlessly swap defencemen to avoid fatigue down the stretch. Bringing him back would present a scenario where Keefe can rotate between Schenn, Sandin, and Liljegren while not hindering the latter two’s development.
In terms of what it would cost to acquire his services, Evolving Hockey projects that Schenn will sign a one-year deal at $830K. It’s a slight pay raise from his previous contract with the Lightning, where he made $800K during the 2021 campaign. This is a contract the Leafs can easily afford as they have to deal with the realities of an extended flat cap like the rest of the league has to. At around $200K less than what Bogosian made this past season, the contract is the definition of a low-risk-high-reward deal that would make a lot of sense for Dubas and company. If it doesn’t work out, then he can be buried in the minors with no trouble at all. If it does, then the Leafs have found yet another diamond in the rough.
This signing is not going to turn the tide in a meaningful way, but it will help solve the Leafs’ search for a Bogosian replacement as the two players are nearly identical all across the board. Schenn will not have to be depended on every day so he won’t get in the way of younger defensemen in the organization who are in need of an extended look with the top club. It certainly helps that he would not command a lot of money on his next contract, which won’t make a major dent in the Leafs’ finances.
Schenn is not going to be the same player that he was back in 2012, but he doesn’t have to be. A return to Toronto in a different role and under different circumstances could be just the right combination for a successful second stint.
All stats unless otherwise noted are from Hockey-Reference.com and Natural Stat Trick.
All salary information unless otherwise noted is from PuckPedia.com.
The chart used is from Evolving Hockey.
Uncategorized
Recent articles from Michael Mazzei