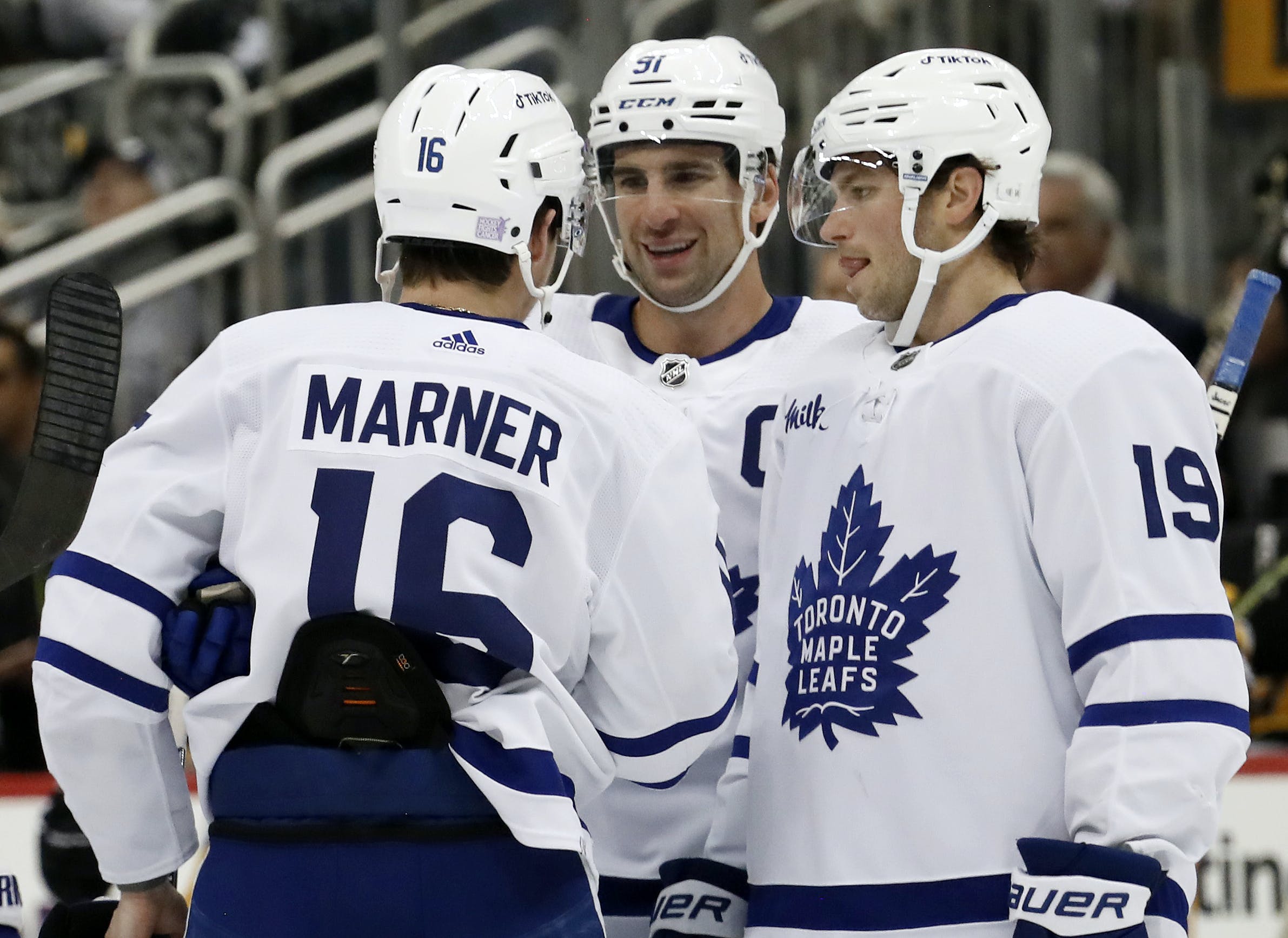 By Nick Barden
23 days ago
Another game, another strong goaltending performance for the Maple Leafs, as well as some depth pieces coming to life.
It’s been the talk of the town for the last week or so by some. Is the Leafs goaltending falling back down to Earth? Are both Matt Murray and Ilya Samsonov the guys for Toronto? Will goaltending need to be addressed at the trade deadline?
Following a Saturday night where Samsonov played great — securing the win with a .957 save percentage — it was Murray who did the same on Sunday.
The 28-year-old stopped 34 of 36 shots, finishing the game with a .944 save percentage. A huge improvement for him from the game prior against the Seattle Kraken.

Although Sunday night’s game in Philadelphia was the second-half of a back-to-back, it was a game that Toronto shouldn’t have lost. And they didn’t.
The Maple Leafs just carried the play at five-on-five in the first period, according to the chart above. Toronto did get more scoring chances, edging out Philadelphia 15-7, again at five-on-five.
During the second period, it was more of the same by the Maple Leafs before the Flyers took over for the remainder of the game. Toronto, in the final two periods, averaged a 37.21 CF% at five-on-five, while Philadelphia sat at a 62.79 CF%.
The Flyers played a much better game, but Murray was one of the best players on Sunday and it clearly showed.

It was a night where Toronto found most of their goals in and around the net. Calle Jarnkrok scored his first goal in five games off an incredible feed by Mitch Marner. I’d say it was one of his best passes I’ve seen from the 25-year-old to date.
The Maple Leafs are a very good team when they can crowd the crease with bodies. Many of their players are strong enough where they can outmuscle the other teams’ defence to score more goals. That happened on Zach Aston-Reese’s goal in the game.
Philadelphia’s shots, for the most part, seem to have been forced to the outside more. There were a lot of shots around the crease, but once again, Murray stayed strong and held the fort down, only allowing two goals.

Toronto received a lot from their depth in Sunday’s game. And when I say depth, I’d classify it as any player outside of the Maple Leafs’ big four. Maybe you agree, maybe you don’t.
Along with the goal, Jarnkrok tallied two assists against the Flyers. His 62.11 xGF% at five-on-five was the second-best on the team, only behind Timothy Liljegren who scored a goal after Jarnkrok won the faceoff back to him.
The two also followed suit in five-on-five CF% with Jarnkrok at 54.55 CF% and Liljegren atop the board with a 56.67 CF% in the game.
The 31-year-old is on pace for 42 points this season, which would be a career-high. Jarnkrok’s best season to date was in Nashville during the 2017-18 season where he had 35 points in 68 games.

Murray and the defensive game

The 28-year-old didn’t allow a high-danger goal against Philadelphia (who had five attempts) on Sunday, and even finished the game with a 1.63 Goals Saved Above Expected.
What also stood out was how much the Maple Leafs drove play to the outside. Most of the Flyers’ chances came from low (41 shot attempts) and medium (10 shot attempts) danger areas. That’s also where they scored their two goals in the game.
Philadelphia had a total of 56 shot attempts on Sunday — 17 of which were blocked by the Maple Leafs — proving just how much they looked at not allowing shots to make it through to Murray.

Auston Matthews’ goal-scoring, does it matter?

The 25-year-old isn’t scoring goals at the rate he was last season, but that doesn’t really matter.
Matthews is currently on a five-game point streak at the moment where he’s tallied seven points in that span, three of which are goals. He remains fourth among NHL centremen (who’ve played 200+ minutes) with an xGF% of 66.80 in all situations.
His 66.13 GF% in at five-on-five puts him in 11th spot among NHL centres this season. So, clearly, his game with and without the puck at both ends of the rink isn’t disappointing.
Like others have said, the 25-year-old is going to be just fine.
Editorials
Recent articles from Nick Barden