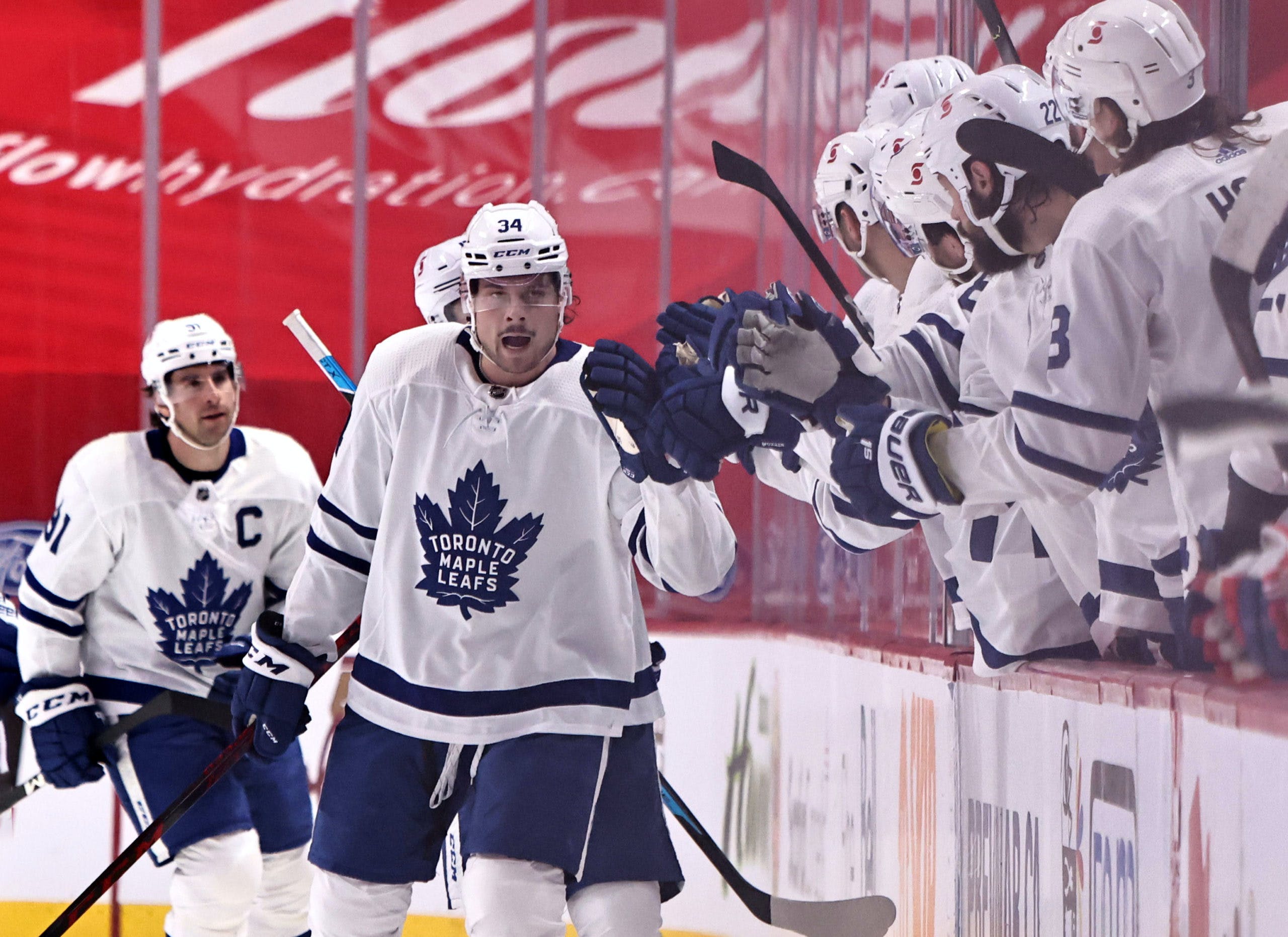 By Nation World HQ
1 year ago
by OddsShark (@OddsShark) – Sponsored Post
The Toronto Maple Leafs start the playoffs against a historical rival they dominated on home ice, but the Montreal Canadiens have some track record with being a tough out as a playoff underdog. The Maple Leafs are a -370 favorite on the series prices, with the Canadiens coming back at +285 at sportsbooks monitored by OddsShark.com.
On the NHL odds for Thursday night, the Maple Leafs are a -210 favorite and the Canadiens are +175 underdogs with a 5.5-goal total for Game 1.
Canadiens vs Maple Leafs | OddsShark Matchup Report
The Maple Leafs are 4-5 in their last nine playoff games as a favorite, with the OVER hitting five times at online betting sites. The Canadiens are 5-6 in their last 11 playoff games as an underdog, with the total going UNDER eight times. Toronto is, however, 8-2 in its last 10 home-favorite matchups against Montreal, with the total finishing UNDER five times with one PUSH.
The Maple Leafs were 7-2-1 against the Canadiens during the regular season. Toronto had a 24-17 edge in goals during the five-on-five phase, where the Maple Leafs also earned edges in expected goals-for percentage, or xGF% (54.0), scoring-chances share (51.7) and high-danger chance shares (55.0), according to Natural Stat Trick. The Canadiens were four-for-22 on the power play and the Maple Leafs were six-for-27. (All advanced stats are based on score- and venue-adjusted five-on-five play.)
The Canadiens, who were 24-21-11 in the regular season, expect to have goalie Carey Price, defenseman Shea Weber and right wing Brendan Gallagher back from significant injury absences on Thursday. Montreal, as the underdog who has had an xGF% under 44.0 in four consecutive games against Toronto, will try to be physical and pesky with the Maple Leafs while counting on the Phillip Danault-Tomas Tatar-Gallagher and Nick Suzuki-Tyler Toffoli-Joel Armia lines (center-left-right) to be opportunistic. Josh Anderson and Suzuki are 1-2 on Montreal in shots on goal against Toronto and each scored four goals in 10 games.
Montreal was 29th in the NHL in goals-for percentage/GF% (37.4) and 17th in xGF% (48.6) from April 15 to the end of the regular season. Over this time, the Canadiens were 26th in goals per game (2.25) and 24th in goals against (3.38). Their power play ranked 17th (16.7 percent) and their penalty killing ranks 16th (83.3).
Carey Price, who was 12-7-5 with a 2.64 goals-against average and .901 save percentage, has been declared ready for Thursday’s matchup after missing a month due to a concussion. Price had a 1.78 GAA and .936 save pct. in the 2020 playoffs.
The Maple Leafs were 35-14-7 in the regular season, and had a five-on-five xGF% of at least 56.0 in nine of their final 12 games. The Auston Matthews-Zach Hyman-Mitch Marner line will be together and healthy. All three averaged a point per game or better against Montreal this season, with Matthews leading Toronto in goals (seven) and shots (45). Toronto’s attempt to counter Montreal’s physicality has included creating a John Tavares-Nick Foligno-William Nylander second line, while also slotting in Riley Nash as a No. 3 center. Nash’s projected linemates, Alex Kerfoot and Ilya Mikheyev, may be respectively overdue to score against Montreal after tallying just one goal each in the season series.
Toronto was eighth in GF% (59.3) and fifth in xGF% (59.9) between April 15 and the end of the regular season. The Maple Leafs were seventh in goals per game (3.38) and 15th in goals against (2.77) during this span. Their power play ranked 25th (11.4) and their penalty killing ranks 15th (83.9).
Toronto is relying on first-time playoff goal Jack Campbell, who was 17-3-2 with a 2.15 GAA and .921 save percentage during the regular season. Campbell maintained those stats against Montreal, going 4-1-1 with a 2.16 GAA and .919 save percentage.
Check out OddsShark on Twitter and Instagram or head to YouTube for analysis on this week’s top games. As well, the OddsShark Computer serves up daily NHL picks for bettors.
Odds News
Recent articles from Nation World HQ