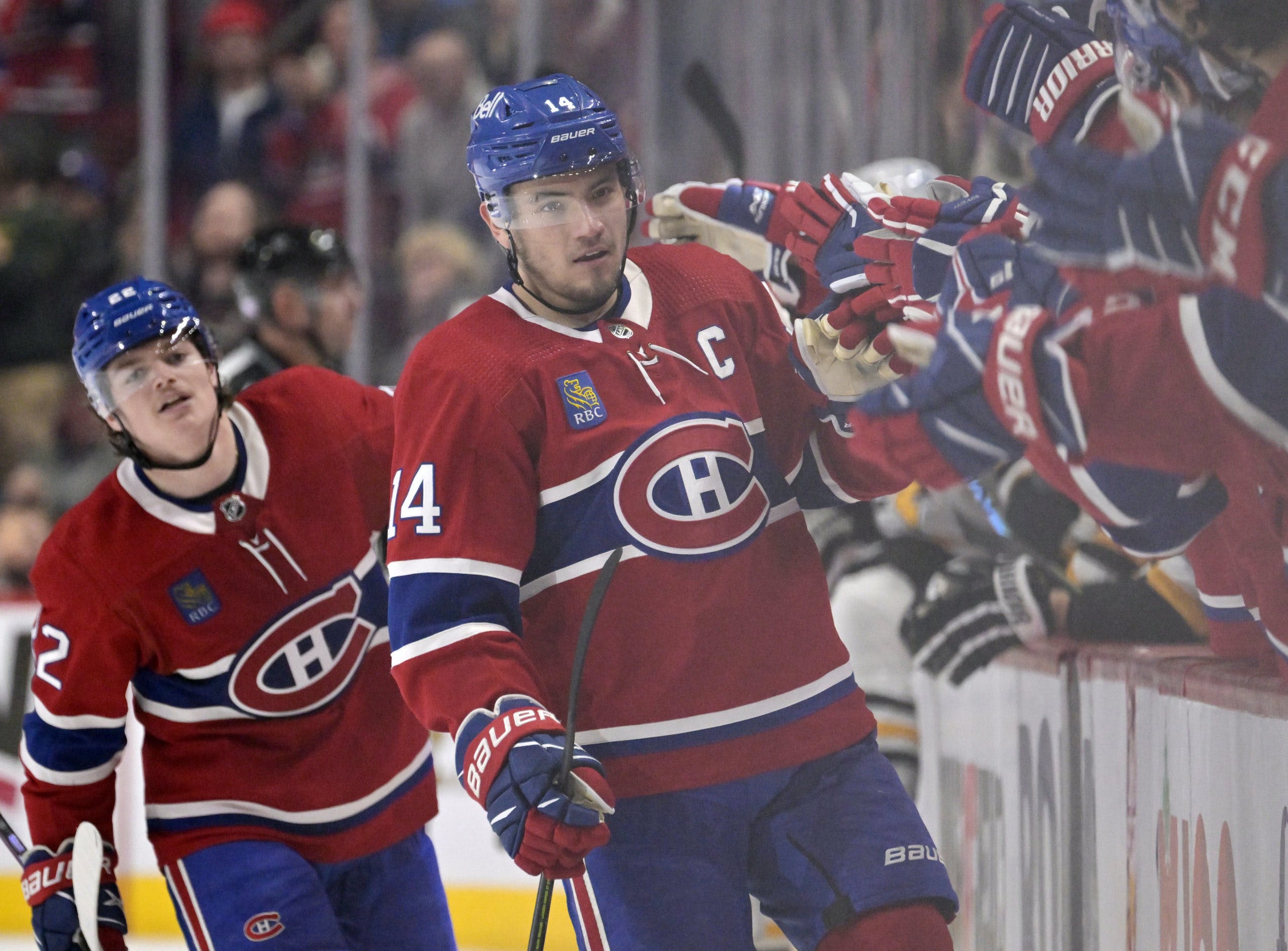 By Scott Ony
8 days ago
This week in the Atlantic division the young scorers on the Montreal Canadiens continued their hot streak, the Ottawa Senators lost key player to injury, Tampa Bay added some depth by claiming a player off waivers from Florida and Charlie McAvoy made his season debut helping the Boston Bruins earn the Team of the Week honour.
Habs first line
Just over two weeks ago Martin St. Louis put Cole Caufield, Nick Suzuki, and Kirby Dach together on the team’s first line. They have been lighting it up ever since.
In three games this week they combined for ten points and helped the Habs to a 3-0 record. In seven games together they’ve scored 32 points including 14 goals. Montreal is 4-2-1 over that span.
Even though they are off to a good start with a record of 8-6-1, they probably won’t be contending for the playoffs but there is a lot to be excited about in Montreal.
Four of their top five scorers are 23 or younger. Juraj Slafkovsky and Arber Xhekaj look to be studs as well. With another high pick this year they could be a serious threat to win the Stanley Cup in a few seasons.
Chabot injury
The Ottawa Senators ended their seven-game losing streak on Saturday, but it came at a cost. Thomas Chabot left the game after this hit from Travis Konecny.
Head coach DJ Smith confirmed Chabot suffered a concussion on the play and will be out at least a week. Chabot has struggled this season but leads the Senators in ice time is second among Sens defenceman in points.
Rookie Jake Sanderson will have to step up with Chabot out. He has been the most exciting of the new Senators this season. In 14 games he seven points and is averaging nearly 20 minutes per game.
Balcers claimed
Rudolfs Balcers is quickly making his way through the Atlantic division. The Latvian winger spent two seasons in Ottawa from 2018-2020 and signed as a free agent in Florida earlier this year.
After 14 games with the Panthers he was placed on waivers and claimed by Tampa Bay. In 167 career games he has 61 points. He set career highs in goals (11) and points (23) with San Jose last year.
McAvoy returns
Bruins defenceman Charlie McAvoy made his season debut on Thursday against the Calgary Flames. He injured his shoulder in game six of Boston’s first round loss to the Carolina Hurricanes in the playoffs last season.
This is a massive boost for a team that has dominated the league without him. With an assist against Vancouver today he has two points in three games so far.
Team of the Week
For the second time in five weeks the Boston Bruins are the Team of the Week in the Atlantic division. They went 4-0 this week with wins against St. Louis, Calgary, Buffalo, and Vancouver.
The season is still young but it’s looking like Boston could run away with the division. At 14-2 they lead the second place Maple Leafs by nine points already.  Their 65 goals for and 35 goals against are both best in the division by a large margin. Their goal differential is +30. The next best in the Atlantic is Buffalo at +3.
The big guys got it done for the Bruins this week. David Pastrnak and Brad Marchand led the way with six points each. Patrice Bergeron scored four goals and added an assist.
Goaltending continued to be outstanding as well. Linus Ullmark picked up three wins and stopped 87 of the 90 shots he faced. Keith Kinkaid made 30 saves on 31 shots in his first start of the year against Buffalo on Saturday.
Ullmark is making a strong case for the Vezina Trophy. In 13 games he is 11-1 with a .936 SV% and a 1.96 GAA.
News
Recent articles from Scott Ony