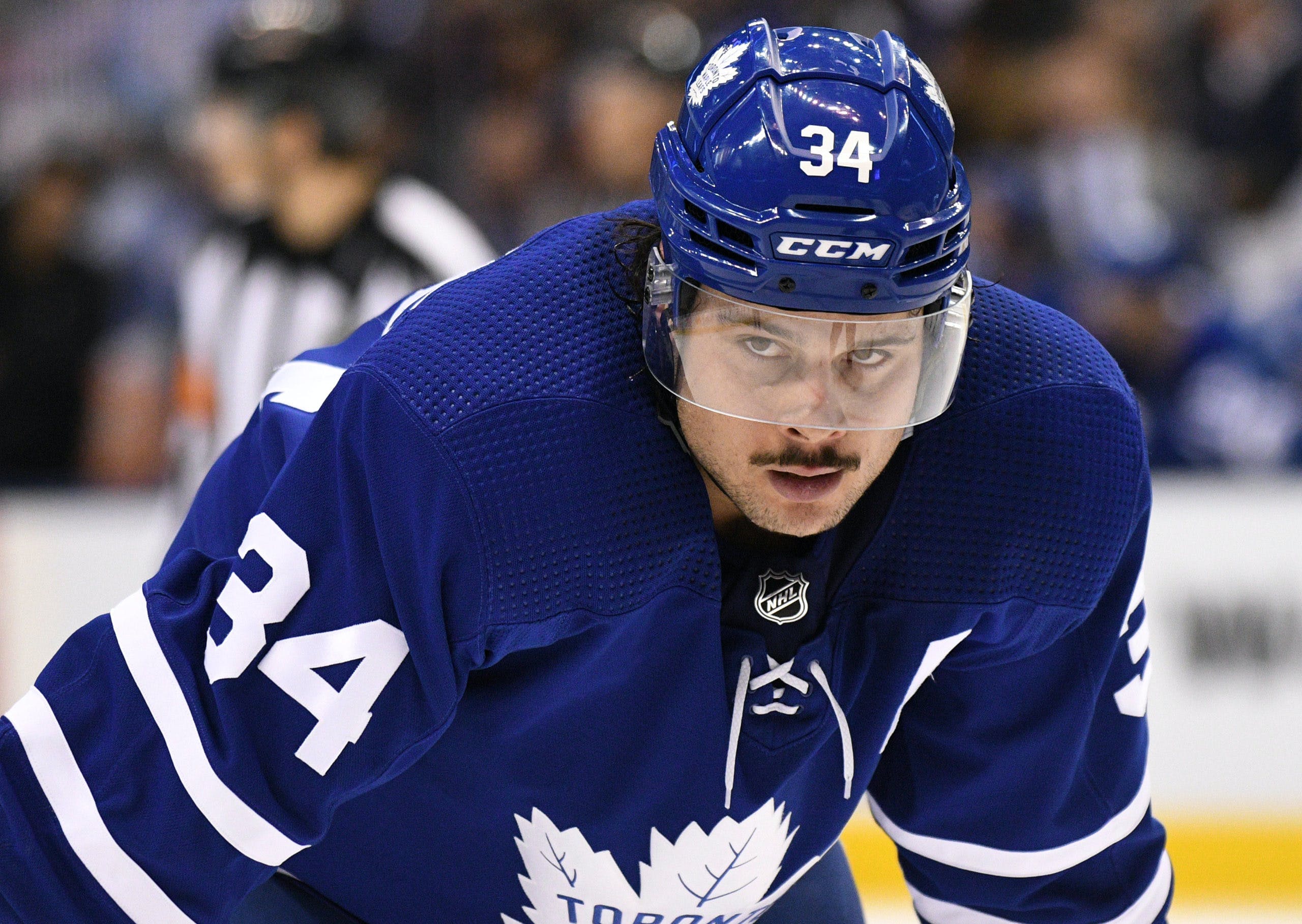 By Nation World HQ
1 year ago
by OddsShark (@OddsShark) – Sponsored Post
The Toronto Maple Leafs’ betting value has been deflated by two lopsided wins, which means bettors might want to pore over alternate lines if they expect more of the same from the scuffling Vancouver Canucks. The Maple Leafs are -210 favourites and the visiting Canucks are +175 underdogs with a 6.5-goal total on the NHL odds for Monday at sportsbooks monitored by OddsShark.com.
Toronto is 9-0 in its last nine home games against Vancouver and the total has gone UNDER in four of the teams’ last five matchups at Scotiabank Arena at sports betting sites. The Maple Leafs are also 11-4 in their last 15 home games as a moneyline favourite of -185 to -215, with the total going OVER 10 times. Vancouver is 5-9 in its last 14 away games as a +160 to +200 underdog, with the total going UNDER nine times.
Canucks vs Maple Leafs | OddsShark Matchup Report
The Canucks are 6-9-0 and have been outscored 22-9 during their four-game losing streak. Vancouver is allowing an NHL-worst 13.12 high-danger scoring chances per 60 minutes of five-on-five play, according to Natural Stat Trick. That means the Canucks need an outlier scoring effort from their Bo Horvat- and Elias Pettersson-led attack or elite goaltending to defeat strong offensive teams such as Toronto.
Vancouver is 29th in the 31-team NHL in their share of shot attempts (46.3 percent), 28th in shots for (45.9) and 26th (44.6) in high-danger chances (five-on-five only). They are 14th in goal scoring (3.20 per game) but 30th in goals against (4.99), while boasting the 19th-ranked power play (17.0 percent) and 15th-ranked penalty killing unit (80.0).
Goaltending partners Thatcher Demko and Braden Holtby have each had 11 goals scored against them in their last two starts. Demko is 3-5-0 with a 3.81 goals-against average and .897 save percentage this season, while Holtby is 3-4-0 with a 3.83 GAA and .888 save percentage.
The Maple Leafs are 9-2-1, and their only negative recently has been the loss of right wing Wayne Simmonds (hand), who had been bringing a rugged complement to Toronto’s John Tavares-William Nylander second line. That said, Auston Matthews has nine goals in his last seven games played and Toronto has had a better than 2:1 ratio of expected goals-for to expected goals-against in their past two games against Vancouver, while outscoring the Canucks 10-2.
In the five-on-five phase, the Maple Leafs are eighth in the NHL in share of shot attempts (52.0 percent), 10th in shots for (51.6) and 14th (50.0) in high-danger chances. They are second in goal scoring (3.75 per game) and 14th in goals against (2.75), while boasting the first-ranked power play (38.5 percent) and 23rd-ranked penalty killing unit (75.6).
Toronto’s goaltending choice for Monday’s matchup bears monitoring. Frederik Andersen has started five consecutive games and is likely to face a serious test in an upcoming home-and-home series against the Montreal Canadiens. Andersen is 7-2-1 with a 2.81 GAA and .896 save percentage, while backup Michael Hutchinson has yet to play. Toronto is 5-2-0 when it holds opponents to under 30 shots on goal.
The Maple Leafs visit the second-place Canadiens on Wednesday and host a rematch on Saturday. Toronto’s next series after that is a three-game home set against the Ottawa Senators (Feb. 15, 17-18).
Check out OddsShark on Twitter and Instagram or head to YouTube for analysis on this week’s top games. As well, the OddsShark Computer serves up daily NHL picks for bettors.
Content
Odds News
Recent articles from Nation World HQ