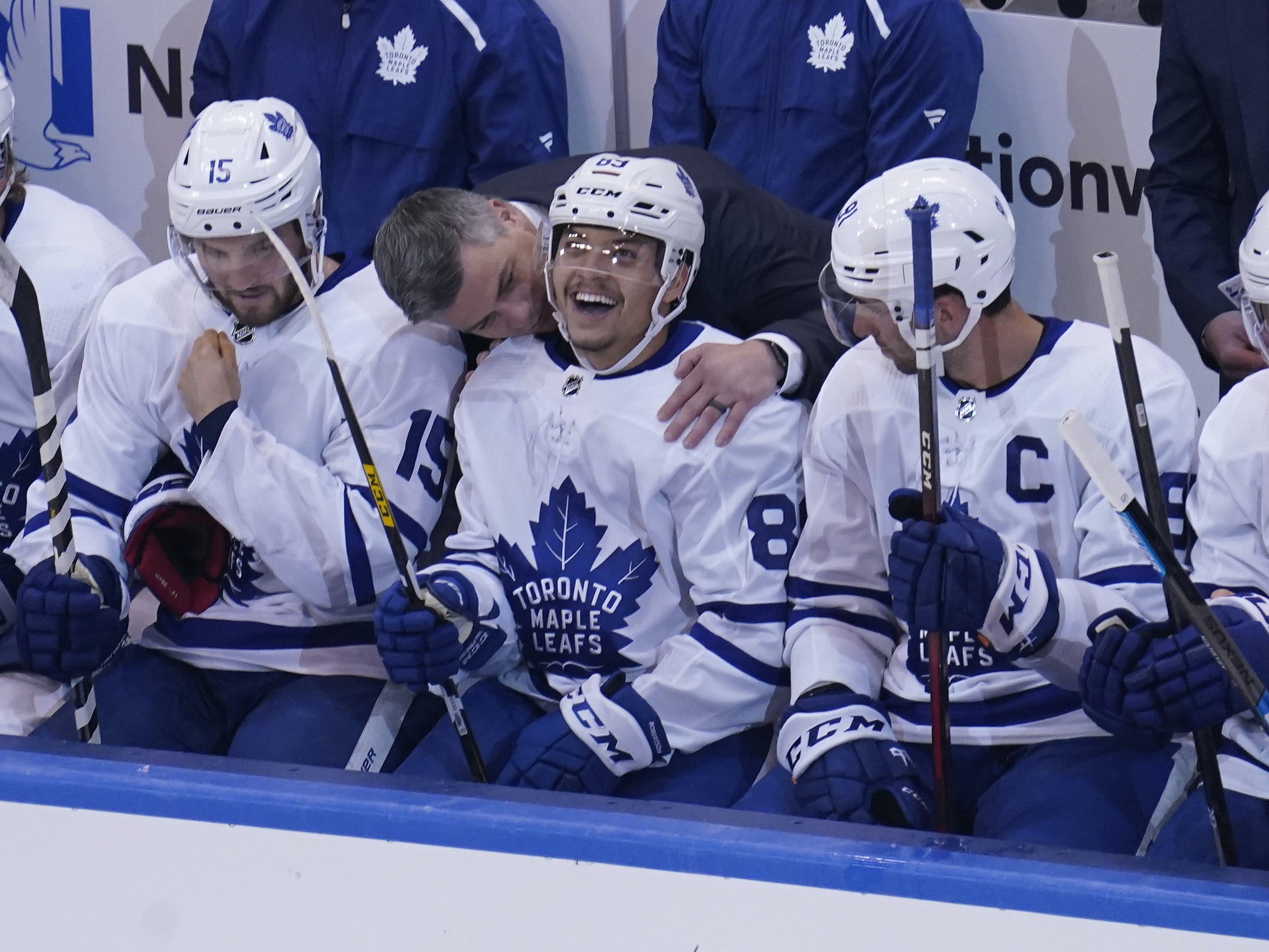 By Nation World HQ
1 year ago
by OddsShark (@OddsShark) – Sponsored Post
Extreme home-team and UNDER trends have prevailed in the Toronto Maple Leafs and Vancouver Canucks’ season series, but both teams being on a second night of back-to-back games is a wild card for totals bettors. The Maple Leafs are -300 favorites and the Canucks are +250 underdogs with a 6.0-goal total on the NHL odds for Thursday at sportsbooks monitored by OddsShark.com.
The home team is 14-1 in the last 15 Vancouver-Toronto games, and 12 of those matchups finished UNDER at sports betting sites. The Maple Leafs, who defeated the Montreal Canadiens 4-1 on Wednesday, are 4-2 in their last six games when they played the previous day, but four of those matchups finished OVER. The Canucks, who lost 6-3 against the Ottawa Senators on Wednesday, are 1-9 in their last 10 games on zero rest with the total going OVER eight times (how the OVER/UNDER works).
Canucks vs Maple Leafs | OddsShark Matchup Report
The Canucks-Maple Leafs season series is even at 3-3-1, but the run of five-on-five play has been uneven. Toronto has an 18-12 edge in goals with big edges in expected goals-for percentage, or xGF% (62.8), scoring-chances share (60.8) and share of high-danger chances (64.1), per Natural Stat Trick. The Canucks are seven-for-17 on the power play and the Maple Leafs are four-for-20 (All advanced stats are based on score- and venue-adjusted five-on-five play.)
The Canucks are 19-21-3, and their xGF% has been under 50 percent in all six of their games since they returned from a shutdown after a COVID-19 outbreak. The Bo Horvat-Tanner Pearson-Nils Höglander line was borderline heroic when Vancouver won its first two games after the restart, both against Toronto, but that unit and the J.T. Miller-Tyler Motte-Brock Boeser second line struggled to generate offense at Ottawa on Wednesday (lines are listed center-left-right.) Rookie Matthew Highmore, who is seeking his first NHL goal, has earned increased ice time of late. The Canucks are 1-6 in their last seven games as an away underdog of +200 or more, with the total going UNDER in all seven.
Since March 10, Vancouver ranks 22nd in goals-for percentage, or GF% (45.7), and 31st in xGF% (41.6) among the 31 NHL teams. Over this timespan, the Canucks are 28th in goals per game (2.36) and 22nd in goals against (3.07), rank 17th on the power play (17.9 percent) and 30th in penalty killing (75.0).
Thatcher Demko played on Wednesday, which strongly indicates that Braden Holtby will start in goal. Holtby is 7-7-2 with a 3.24 goals-against average and .904 save percentage, but he stymied Toronto during two Canucks home wins on April 18 and 20.
The Maple Leafs, who are 30-13-5, are on a five-game run of outings with an xGF% of at least 53 percent. The Auston Matthews-Nick Foligno-Mitch Marner line controlled play on Wednesday, but the John Tavares-Alex Galchenyuk-William Nylander second line had an off night even though Nylander did score a goal. Jason Spezza, who had two assists against Montreal, scored a hat trick earlier this season against Vancouver and should be considered in anytime scorer props. Toronto is 8-3 in its last 11 games as a home favorite of -200 or deeper, with the OVER hitting seven times.
Toronto is ninth in GF% (54.8) and second in xGF% (58.9) over the past 50 days. Over this span, the Maple Leafs are 10th in goals per game (3.14) and 17th in goals against (2.91), while their power play ranks 30th (7.1) and their penalty killing ranks 25th (77.6).
David Rittich, who is 4-8-2 with a 2.82 GAA and .899 save percentage, would figure to spell No. 1 goalie Jack Campbell. Rittich allowed five goals on 28 shots during a Toronto road loss at Vancouver on April 20.
Check out OddsShark on Twitter and Instagram or head to YouTube for analysis on this week’s top games. As well, the OddsShark Computer serves up daily NHL picks for bettors.
Odds News
Recent articles from Nation World HQ