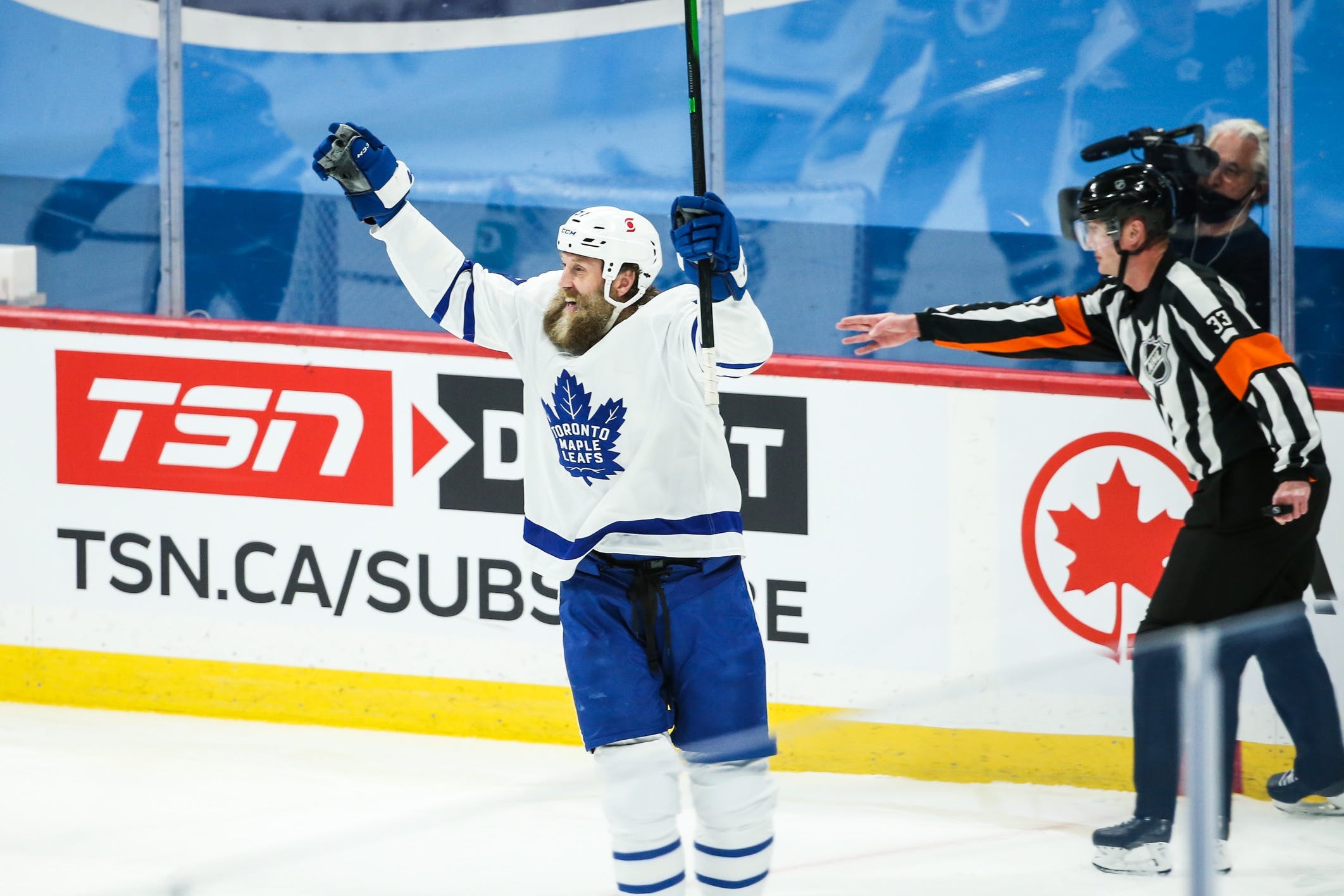 By Nation World HQ
1 year ago
by OddsShark (@OddsShark) – Sponsored Post
The Toronto Maple Leafs’ trends as a heavy home favorite are well-defined, although their lineup might be a moving target entering a matchup with the road-weary Vancouver Canucks. The Maple Leafs are -290 favorites and the Canucks are +240 underdogs with a 6.0-goal total on the NHL odds for Saturday at sportsbooks monitored by OddsShark.com.
The Maple Leafs are 9-3 in their last 12 games when set as a home favorite of -200 or deeper into minus money (how the moneyline works), with the total going OVER seven times. The Canucks are 1-8 in their last nine games as an away underdog of +200 or more and eight of those matchups have finished UNDER. The home team is 15-1 in the last 16 Vancouver-Toronto games. Thirteen of those matchups have finished UNDER at betting sites.
Canucks vs Maple Leafs | OddsShark Matchup Report
The Maple Leafs lead the season series 4-3-1, and the home team has won all eight games. Toronto has a 22-12 edge in goals in the five-on-five phase, with commensurate edges in expected goals-for percentage, or xGF% (63.9), scoring-chances share (60.7) and share of high-danger chances (65.6), per Natural Stat Trick. The Canucks are eight-for-19 on the power play and the Maple Leafs are four-for-20 (All advanced stats are based on score- and venue-adjusted five-on-five play.)
The Canucks are 19-22-3, and will be playing their fifth game in eight nights with a lineup full of players who have returned to action after a teamwide outbreak of the P.1 variant of coronavirus. Vancouver has had an xGF% under 40 percent in its last three games. Only three forwards – center J.T. Miller, left wing Tanner Pearson and rookie right wing Kole Lind – had multiple shots on goal in the five-on-five phase during Toronto’s 4-1 win against the Canucks on Thursday. Miller scored the team’s lone goal. The Canucks are 5-8-0 this season in away games with one day of rest, scoring an average of 2.31 goals and allowing 3.46.
Since March 12, Vancouver ranks 21st in goals-for percentage, or GF% (43.8), and 31st in xGF% (35.2) among the 31 NHL teams. Over this timespan, the Canucks are 27th in goals per game (2.36) and 20nd in goals against (3.00). They rank 17th on the power play (18.5 percent) and 29th in penalty killing (74.4).
Thatcher Demko, who is 12-14-1 with a 2.83 goals-against average and .915 save percentage, should be back in the Canucks’ net after Braden Holtby started against Toronto on Thursday. Demko is 2-1-0 with a 3.35 GAA and .907 save pct. against Toronto this season.
The Maple Leafs, who are 31-13-5, held out two of their top three defensemen, Morgan Rielly and Jake Muzzin, and first-line left wing Nick Foligno on Thursday. For one night at least, practicing load management did not affect the top line, as the Auston Matthews-Joe Thornton-Mitch Marner trio (center-left-right) produced two goals. Bettors looking for value in anytime scorer props should keep an eye peeled for players moving up to the depth chart as other regulars, such as center John Tavares, are rotated out to rest up for the Stanley Cup playoffs. Toronto is 9-4-2 this season in home games with one day of rest, but has averaged just 2.80 goals in those matchups while allowing 2.67.
Toronto is 12th in GF% (55.1) and fourth in xGF% (58.9) over the past 50 days. The Maple Leafs are seventh in goals per game (3.14) and 18th in goals against (2.82) during this stretch, while their power play ranks 30th (7.3) and their penalty killing ranks 27th (75.5).
Jack Campbell, who is 14-2-1 with a 2.14 GAA and .925 save percentage, is projected to start after backup David Rittich played in Thursday’s win. Campbell has a 1.67 GAA and .948 save pct. during his three-win streak that began after an overtime defeat at Vancouver on April 18.
Check out OddsShark on Twitter and Instagram or head to YouTube for analysis on this week’s top games. As well, the OddsShark Computer serves up daily NHL picks for bettors.
Odds News
Recent articles from Nation World HQ