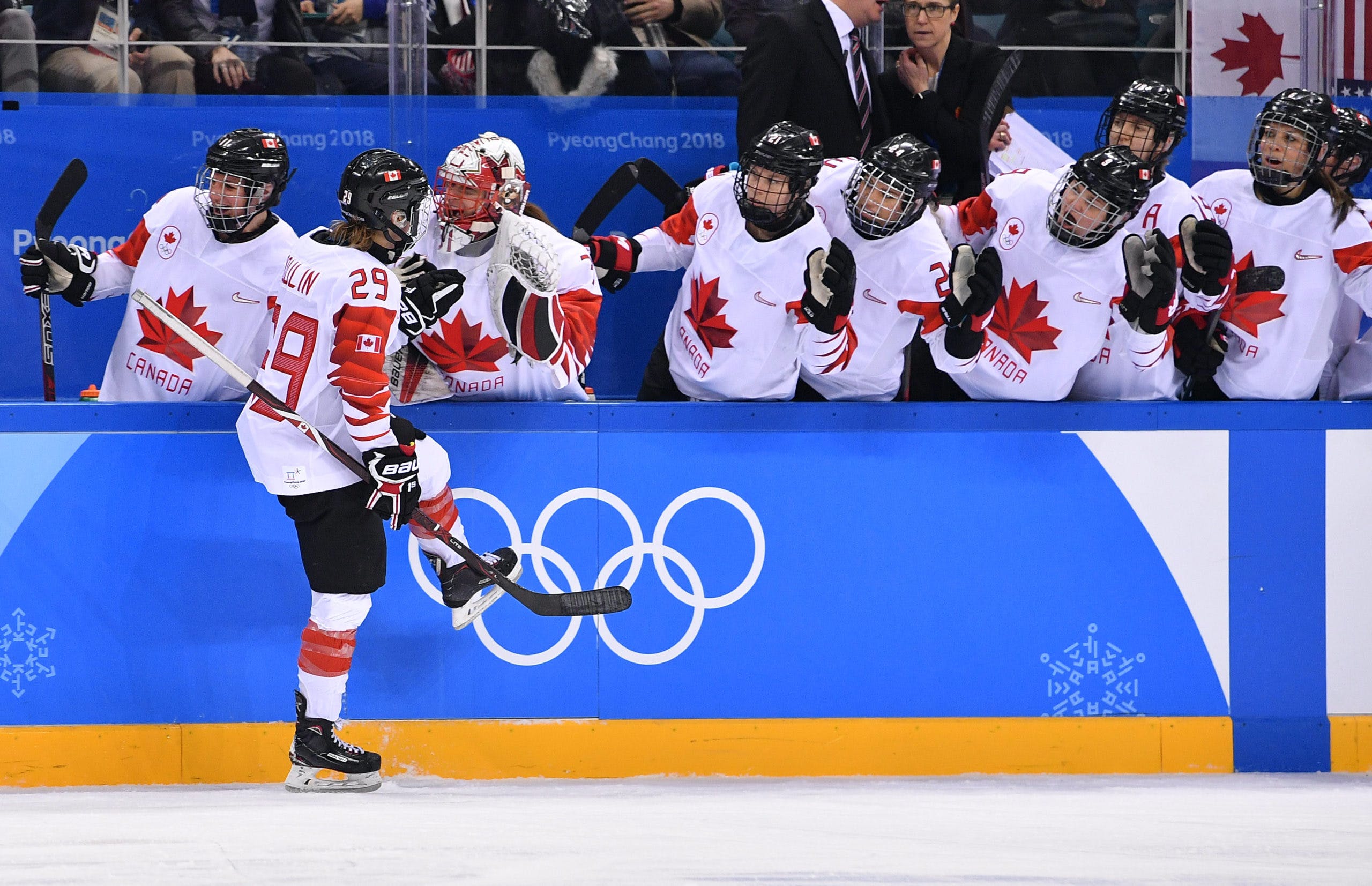 By Jon Steitzer
1 year ago
On this International Women’s Day, I’ve asked some of the contributors to TheLeafsNation.com to celebrate some of the women in hockey that mean something to them. This day comes at a point where we are seeing nationally televised games of the PHWPA’s Dream Gap Tour, and the NWHL is announcing a return to play in order to award the Isobel Cup later this month. Additionally we are at the point where organizations like the Seattle Kraken and the Maple Leafs are bringing more women into their Hockey Ops departments than we’ve previously seen, and while it might not be anywhere close to the representation we’d like to see, there is no question the NHL is slowly acknowledging there are demographics they’ve excluded.
Here are some of the women we’d like to celebrate…

Kiana Scott became the first female scout in the OHL when the Erie Otters hired her to scout bantam players for the organization in March 2020. Amateur scouting can be often overlooked because it’s not out in the open for everyone to see. Especially at the OHL and bantam level, it generally involves long hours on the road, late nights watching video, and early mornings compiling reports. Kiana has become a role model for so many women who are looking to break into an industry dominated by men. The Barrie native earned her position through incredibly hard work, showing up to rinks to scout all over during her time with ISS Hockey. She has been an inspiration to so many and it likely won’t be long before we hear about her getting an opportunity at the next level, as she aspires to eventually scout for an NHL team.

Saroya Tinker is the player to watch in the NWHL. Originally from Oshawa, she plays for the Metropolitan Riveters as a defensewoman. While her play on the ice is noteworthy and impressive, her anti-racism work off the ice, and her commitment to truly making hockey for everyone, stands out. Tinker was the first NWHL player to publicly call out Barstool in the recent drama between Barstool and the NWHL, which led to an onslaught of racist and misogynist backlash from the company and its fans. She handled it all with dignity and grace, and later penned an essay for The Players Tribune about why Black Girl Hockey Club matters. As a biracial woman, Tinker’s involvement in hockey demonstrates to young BIPOC girls that they belong, and her strong voice on the issue of diversity and inclusion in hockey solidifies that. At only 23, she has already accomplished so much, but I guarantee that Saroya Tinker is just getting started.

I’ll go with the easy layup answer and say Hayley Wickenheiser. Her playing career is second to none with four gold medals at the Olympics, another seven at the World Champions, along with a whopping 318 points in 216 games of international play over the course of her career. Oh, and she’s also in the Hockey Hall of Fame. Her impact on the game has played a massive role in growing women’s hockey, and inspiring young girls to play hockey by showing them that they too can be an Olympian, a Hockey Hall of Famer, one of the greatest in the game, not just men. If that wasn’t impressive enough, she’s also now a part of the Toronto Maple Leafs organization as an Assistant Director of Player Development, with potential to become one of the first women coaches in the league, all while completing medical school! There’s really nothing she can’t do.

I want to take some time to celebrate Alex Mandrycky, Director of Hockey Administration for the Seattle Kraken. She has developed an insight and skillset for data analysis in hockey that really inspires me. Starting off with the statistics website “WAR On Ice”, and then moving to a data analyst job with the Minnesota Wild, she’s now a head figure in Seattle’s organization. The exact nature of her role is obviously unclear, but Seattle has made a pointed effort of developing a team that includes strong and talented women like Alex. She’s someone I really enjoy listening to, so I’ll share an episode of the Too Many Men podcast where she was a guest that I really enjoyed.

I’d like to celebrate the engraver of the Stanley Cup, Louise St. Jacques. There is no more legendary trophy in the history of sports than the Stanley Cup, and Louise crafted the current version with her own two hands. The job of engraving the cup has been shared between two families for the past 80 years, beginning with the Petersen’s in the 1940’s. Boffey Inc. won the contract in the 1970’s, and Louise began engraving the Cup in 1989. Louise was there to engrave the last 3 Canadian teams into the Cup, and hopefully she’s the one to engrave the next Canadian team as well. In 1994, she made a precise replica Cup that sits in the Hockey Hall of Fame while the original is being presented to teams and players. You can tell the two apart by some of the mistakes, such as the “F” in Leafs being replaced with an “E” in 1963. On the topic of those mistakes, there are thousands of names on the cup, there’s bound to be a few mistakes when every strike of the punch is permanent. In Louise’s 30+ years engraving the Cup, the only mistakes that I’ve found were Adam Deadmarsh in ’96, and Manny Legace in 2002. It’s actually more likely these names were misprinted on the list given to Louise, in any case she made the corrections when traditionally mistakes had remained. Her track record is impeccable in comparison to any past engraver.
Some of the greatest moments in NHL history involve raising the cup, like Ray Bourque in 2001. Watching captains lift the cup off that table for the first time as the fans cheer, you can see the sparkle coming off all those tiny indentations like each player listed is glowing in congratulation. As they take their lap around the ice, sometimes you can see the blank space on the bottom ring, where 50 or so new names will soon go. After the players take their turns drinking champagne from the bowl, after the team celebrates the culmination of a season of hard work, the Stanley Cup makes its way to a shop in Montreal to sit with Louise.
Without any fanfare or cameras flashing, every year she carefully disassembles hockey’s most prized possession, cleans it, and punches in the names of hockey’s biggest stars. As fans, we are often captivated by the actions of our favourite players, but those same players are more enamoured by Louise’s handywork. I’m sure players feel relieved when the season ends and they’re #1, but nothing compares to the reaction of seeing their name on the cup.
At this point the majority of the bottom 4 bands of the cup are engraved by Louise. Every player to win hockey’s ultimate prize over the last 30 years has been notorized by the one and only, Louise St. Jacques

I feel very privileged to work on this site every day with Mer, Roxanne, and Marsha, and appreciate that sharing their knowledge and opinions on hockey is never as straight forward as it is for me. The exhausting gatekeeping that women hockey fans and aspiring journalists are subjected to would have easily driven me from enjoying this sport long ago. Yet not only do they continue on, they continue to bring important light to social issues, that frankly I took for granted for much of my early life. All three of them play an important part in our coverage of the Leafs on this site, but also the Marlies and the Toronto Six, and I am grateful for their hard work.
Uncategorized
Recent articles from Jon Steitzer