Clark, Kaberle, and Lindros talk about the Leafs and playing in front of Toronto at the HHOF legends game 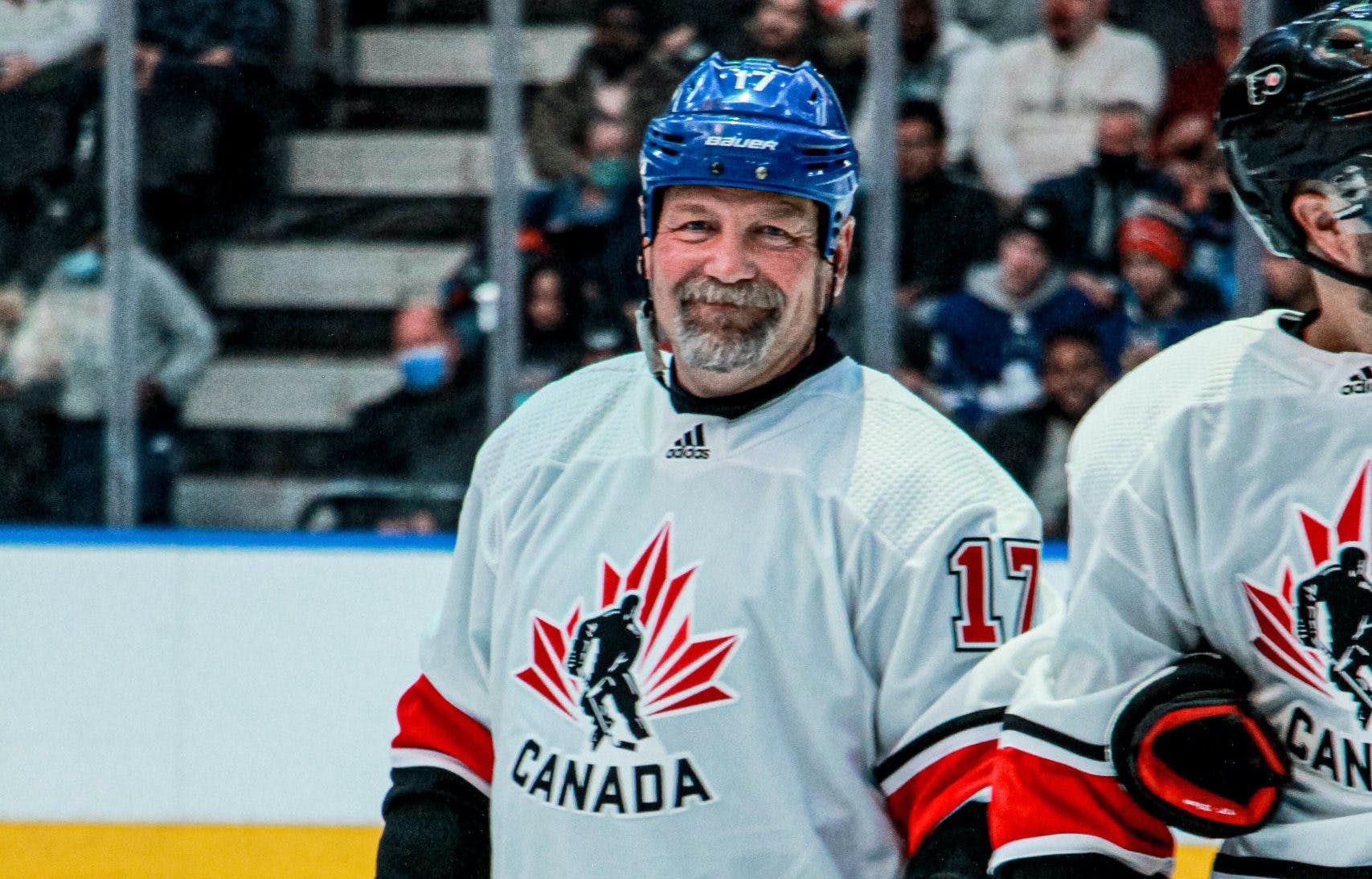 By Scott Maxwell
1 year ago
As former Leafs, Wendel Clark, Tomas Kaberle, and Eric Lindros all know a thing or two about playing in front of the Toronto crowd at Scotiabank Arena.
Well, it wasn’t Scotiabank Arena when they played there, but you know what I mean.
While the Hockey Hall of Fame Legends game is far from the competitiveness of an NHL playoff game, all the NHL alumni knew that it was about celebrating this year’s Hockey Hall of Fame class, and putting on a show for the fans, something the former Leafs in particular embraced.
“When you think of the hotbeds of hockey, Toronto’s at the top of the list,” said Lindros, whose time as a Leaf was limited to just one season and 33 games, but still very familiar with the experience growing up as a Leafs fan., “the city rolls when the team does well and gets one winnings streaks, and everyone gets a little bit of a lift.”
“Toronto became my second home a long time ago,” said Kaberle, who could be seen launching practice pucks into the crowd in the pre-game warmup. “Watching the NHL the last couple years and the empty stadiums, today was nice.”
Of course, there’s no former Leaf that fans embrace more than Wendel Clark, who takes any opportunity he can to get on the ice in Toronto, including his charity events.
“It’s great to see people having fun,” said Clark, who got Team Neidermayer’s first goal in the game, “and I’m happy our NHL guys get to play in front of crowds again.”
With sports venues in Canada only just allowing crowds in arenas again, it was also surreal for the players to be back in front of fans for the first time since the pandemic started.
“Overall, life is way better than it was [during the pandemic]. We had to buckle down around here, and make sure that we followed the rules,” said Lindros, “The reward is we get to come to something like this, the Leafs games are opened up, and people can go back to enjoying hockey games.”
“It was nice to be back”, said Kaberle, who also got a goal tonight in front of his old crowd, “It’s an honour to play with all these big shots, Stanley Cup winners, and Olympians, and it’s an honour to see everyone going to the Hockey Hall of Fame. I’m sure this weekend is a lot of fun for them, and for us as well, to get out there and play a game like this.”
And obviously, some of them can’t help but keep up with the current Leafs team.
“We had the slow start,” said Clark, “but we’ve been getting it going now, and it’s looking good.”
“I think they’re doing okay, they just need to figure out the playoffs!”” said Kaberle, who was on the last Leafs team to win a playoff round.
Lindros, on the other hand, hasn’t been watching quite as loyally, but he’s still managed to catch the odd game here and there, and cited the Leafs offense and the early goaltending performances of Jack Campbell as to why they’ve looked good so far.
When asked if there were any Leafs that remind them of their playing days, the players drew a blank, with Clark summing up the reason why perfectly.
“You’re not allowed to play like that anymore!”
Uncategorized
Recent articles from Scott Maxwell