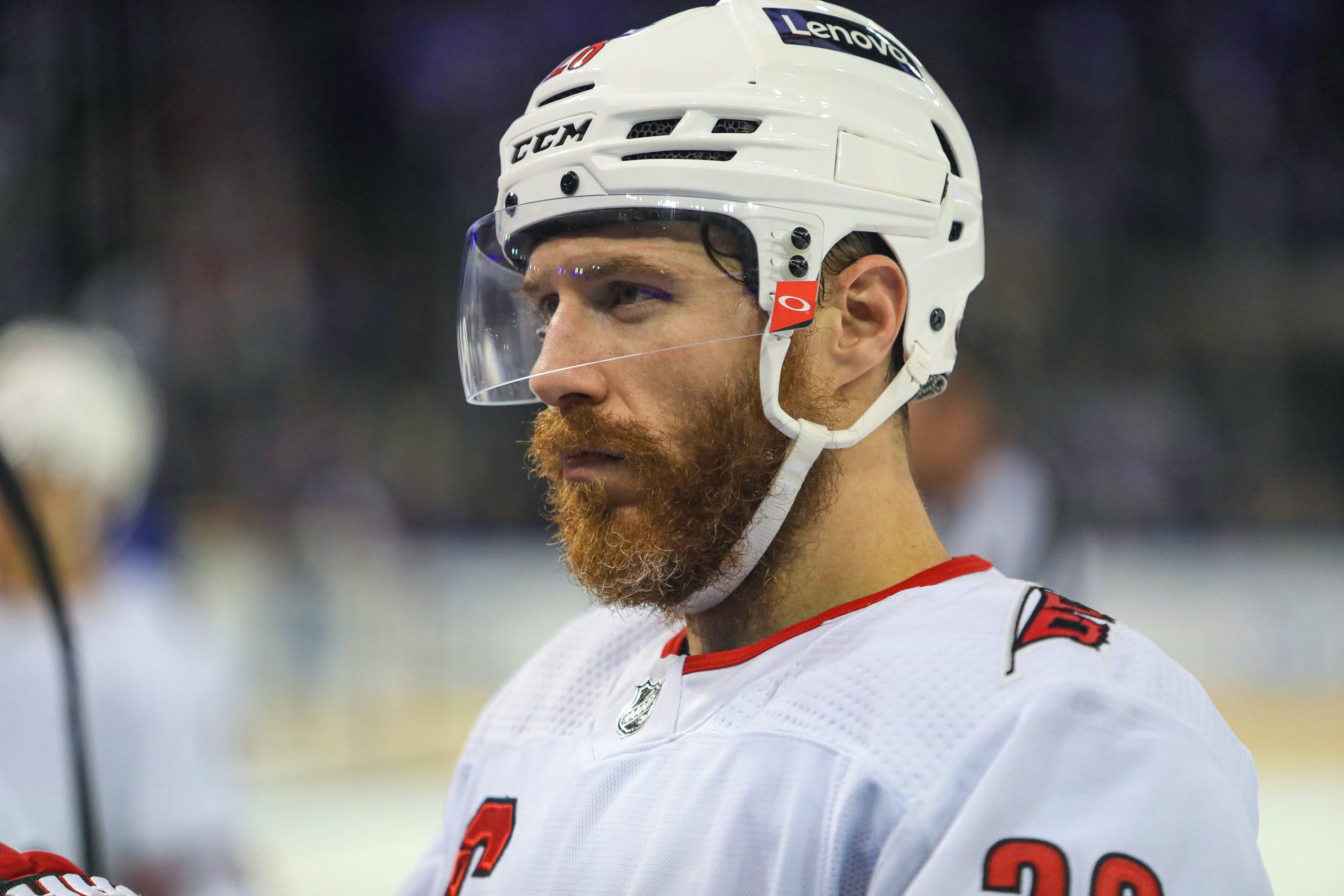 By Scott Ony
1 month ago
The regular season is finally here but the biggest news in hockey continues to be scandal. Lightning defenceman Ian Cole has been suspended pending an investigation into sexual abuse allegations involving a minor.
In a detailed Twitter post a woman has accused Cole of grooming and sexual abuse. The alleged conduct seems to have occurred years ago, possibly while Cole played for the St. Louis Blues from 2010-15.
A high school student at the time, the victim claims Cole’s teammates and others in the organization knew and turned a blind eye.
It seems every week there is a new story involving a hockey player and sexual assault. Cole has been suspended by the Lightning until the investigation concludes. In a statement via his agent, Cole has denied all accusations and said he will cooperate fully with the investigation.
Other news in the NHL this week includes two Western conference contenders locking up defenceman and a few veterans earning deals from PTOs.
Weegar contract
MacKenzie Weegar has agreed to a contract that will keep him with the Calgary Flames for eight more seasons. The deal begins in 2023-24 and will earn him 50 million dollars.
It carries a cap hit of 6.25M and has a no-trade clause for the first four seasons then changes to a modified no-trade clause (ten team no-trade list) for the last four.
An undrafted defenceman, Weegar (28) was acquired by the Flames this summer as part of the package for Matthew Tkachuk. He set career highs in goals (8), assists (36) and points (44) for the Florida Panthers last season.
Golden Knights sign Hague
One of the last remaining RFAs, Nicolas Hague has come to terms with the Vegas Golden Knights on a three-year contact at an AAV of 2.294M.
Drafted 34th overall in 2017, Hague is member of the first draft class in Golden Knights history.
He has been a key part of the Knights’ blueline the past two seasons. In 142 career games he has scored 42 points.
PTOs turned into contracts
Three veteran players have played their way onto NHL rosters and earned one-year deals over the past week. Anton Stralman is joining the Boston Bruins on a 1M deal, the Carolina Hurricanes have signed Derek Stepan for 750k, and Michael Stone is back with the Calgary Flames on a 2-way 750k contract.
A seventh-round pick by the Maple Leafs in 2005, Stralman is joining his seventh team in his 16-year career. He spent last season with the Arizona Coyotes, scoring 23 points in 74 games. If he can play in 70 games this year, he will reach 1000.
Despite playing 58 games for the Hurricanes and scoring 19 points last year, Carolina only offered Stepan a PTO. However, it seems have worked out for both sides. At 32 years old this will be his 13th NHL season.
Michael Stone has been a member of the Calgary Flames organization since 2016-17, though he has struggled to stay in the lineup. In six seasons he has played in only 180 NHL games, 82 of which came in 2017-18.
Last season he had two goals and four assists in 11 games. Calgary boasts one of the deeper bluelines in the NHL, Stone projects to be their seventh defenceman.