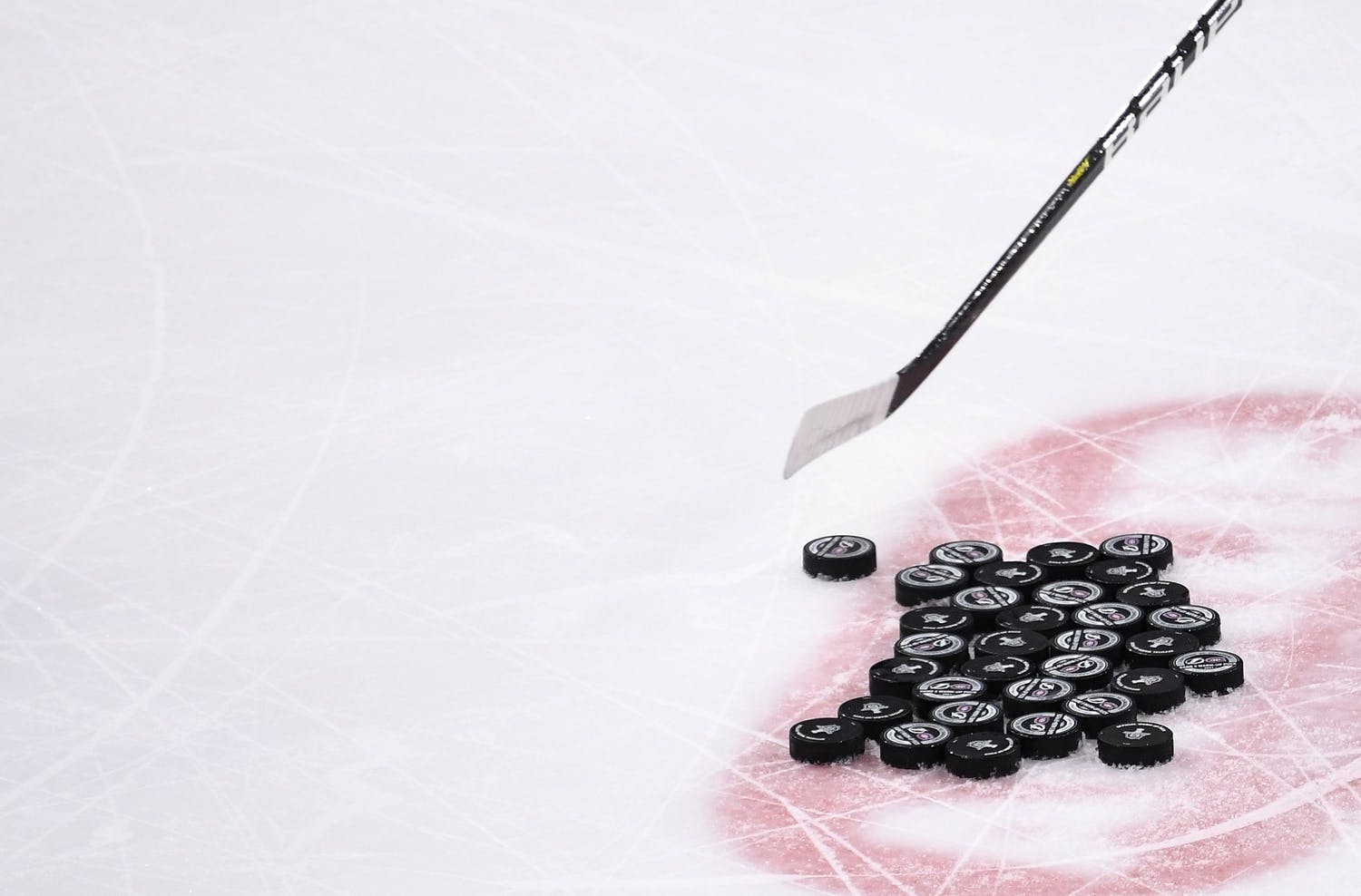 By Earl Schwartz
1 year ago
Every year I spend countless hours collecting data, identifying changes, and making spreadsheets for NHL contracts. Without giving too much away, these spreadsheets are my window into the gradual, large-scale change in the NHL landscape. Last year it helped me understand why so many talented depth players headed for Europe, and why RFAs who went without a qualifying offer were available for so cheap:
Analyzing the State of NHL Contracts in 2021 – TheLeafsNation
In hindsight it’s clear that teams were willing to cut ties with guys on 2-way deals, leading to more open SPC slots. Still, the indication that the UFA market for middle 6 forwards would be suppressed was accurate. Similarly, I used those spreadsheets to explain why an increase in the maximum ELC was long overdue:
CBA Update: Entry Level Contracts – TheLeafsNation
I’ll be revisiting ELCs when the bonus and salary increases kick in beginning 2022.

What I want to examine in the lead up to this year’s Free Agency, is the outside pressures influencing the FA class. It begins with where money is already allocated, relative to the past couple seasons. The chart below shows contracts in ‘bins’ of $500k increments. Over the past two seasons there has been a very similar salary distribution, with two notable deviations:

In 20-21 there were fewer players in the $5-6m range than there were in 19-20, and there was a noticeable shift in $3-4m contracts. Consistent throughout is the players earning $7m or more, they’re mostly on long term contracts, leaving the middle class of players to adapt. We can already see similar trends emerging for 21-22, with about $500m in cap hits remining to be signed.
If I were to caution a guess at this point, there will be fewer contracts in the $4.5m bin than previous years. That’s the only ‘bin’ that’s noticeably lagging behind, and it fits in with the idea of middle 6 players being forced into smaller contracts. Yet there are still some quality players, both RFA and UFA, that will sign for $6m or more in the upcoming season. Most notably guys like @Alex Ovechkin, @Gabriel Landeskog, and @Cale Makar will wind up in the top 100 highest earners.

This will drive the average cap hit of top 100 contracts over $8m, meaning those 100 players earn about 1/3rd of the total players share. For a while we can see that the average T100 cap hit was flat around 9% of the cap, and it is now approaching 10%. One could infer this is caused by the top players continuing to get incremental raises, while the cap stays flat. This again reinforces the idea that high-end players have financial security, while middle of the lineup guys are forced to take a smaller share.
The Seattle expansion will add $81.5m more to the pie and alleviate some of the pressure on the middle class. Still, if the inequality between 1st and 2nd line players continues on this trend, the star-driven approach will cease to be the best way to build a contender. It’s impossible to say if that scale tips at 10% or 11% for T100 players, but there’s also the possibility for course correction as some of the existing T100 (signed prior to a flat cap) contracts expire.
It’s also interesting that the actual salary on those contracts plummeted in 20-21, a potential lockout year, that also happened to have 20% escrow. We’re already seeing new contracts signed that have the highest salary when the escrow bottoms out at 6% in 23-24.

Now we know where money has already been spent, let’s look at the free agent class. Again, I’m looking big picture, so I’m not going to go through specific players. Instead, I look at the overall number of expiring contracts this offseason. The average is about 645 expiring contracts, with a 60/40 mix of RFA/UFA. More or less, 1/5th of NHL players will be UFA in a given offseason.
As you can imagine the majority of RFAs re-sign with their existing team, and all RFAs are under the age of 27. That’s not to say that all players under the age of 27 expire RFA though, that’s a bit of a grey area. First of all, a team is required to give a Qualifying Offer in order to retain an RFA. This is a pretty routine process in most cases, but sometimes a player like Troy Stetcher last year has a QO too rich for their team, and get to hit the open market before age 27.
Three players who stand out in that category this year are @Danton Heinen ($2.775m QO), @Ondrej Kase ($2.6m QO), and @Artturi Lehkonen ($2.4m QO). If their respective teams deem their QO too rich, they’ll be UFAs. It’s also quite common for players who didn’t improve fast enough on an ELC, to not receive a QO. In total, roughly 100 players a year that are set to become RFAs instead become UFAs for lack of a qualifying offer.
Then, there is the Group 6 FAs. A player between the ages of 25-27 who has failed to meet a minimum requirement of NHL games played, will become a Group 6 UFA rather than an RFA. This offseason that includes players like @Michael Bunting, or @Carson Soucy last year. Typically there are about 50 such players per offseason, but only a handful with meaningful NHL experience. With QOs and Group 6 covered, we’re ready for an admittedly confusing chart:

That’s a lot to look at, but let’s break it down. Red represents UFA, green represents RFA. The dotted lines are the initial ~60/40 composition of RFA/UFA expiries. The solid, lighter colour lines that intermingle in the middle represent the number of RFA/UFAs once Group 6 UFAs are factored in, and the darker, solid lines on the outside are the final status after including G6 and pending RFAs that didn’t get Qualifying Offers.
I know what you’re thinking, “Earl, this looks like projectile vomit of Christmas themed spaghetti”, but I promise there’s a point here. The dashed line in 20-21 is because we don’t yet know the actual number of RFAs that don’t get a QO, but I’m using the rough average of 100. Point being, there’s both a higher proportion of UFA to RFA, and more total UFAs than in seasons past.
The best explanation I can give is that more players were willing to take cheap 1 year deals while escrow was at 20%, in order to sign a longer contract this offseason. There will be plenty of examples of players that worked well for, and some who struggled in a pandemic season that might be available for cheap. I know that some teams are more willing to disregard a player’s 20-21 results for all the chaos in scheduling, no fans, etc.
Last year I think I gave the total number of UFAs too much weight, many of the players that make up these data points will not even sign with an NHL team next year. The big picture can give you hints about a UFA class, but it’s always the big names that define a good or bad UFA group. Still, with this information we can foresee plenty of depth players available.
If a team has a $4m player on their roster, but the market has shifted and they can sign a similar player for $3m, do they still protect them in the expansion draft? Should a team give a $2.5m QO when similar players will be available for under $2m? Looking at expiring contracts on this scale can help answer these questions.

The amount of cap space tied up in buyouts has been on the rise, and because of the nature of buyouts it takes a while to die down. There is already $27m tied up in buyouts for next season, and the buyout window just opened. There is plenty of names being thrown around at this point, it will be interesting to see how many bad contracts are taken on by the Kraken, and how many are bought out instead.

Ultimately buyouts and other forms of dead cap like recapture, buried contracts, and bonus overages only take up 2-3% of total cap space, but that’s a solid player per team. One of the biggest reasons for bonus overages this year was 35+ contracts, when they’re 1 year contracts they can include performance bonuses without the limitations that ELCs have:
This is despite the fact that the total number of those 35+ contracts is on the decline:

It will be interesting to see how many are signed for next season, as the number of active players over 35 dwindles (especially forwards).

All things considered, there isn’t going to be a lot of money to be thrown around in free agency. Compared to last year there is less available cap space, more free agents, and as of right now some really good names at the top of the class. The key difference is the potential for Seattle to provide cap relief, but once again a flat cap will keep the competition for players pretty modest.
I think that’s about all I can trick people into reading about hockey without mentioning a single on-ice aspect, but I hope some of you enjoyed this perspective on the free agent class. Every time a new contract is signed, I’m excited to update these spreadsheets and see how it pieces into the puzzle. Even though the top 100 contracts is a rather arbitrary metric, that might be the most intriguing one to update. Anyways, I’ll leave you with one more chart I found neat, the nationalities of NHLers since the implementation of the cap:

Seems like there was far less Swedes in the NHL this year. Switzerland is establishing itself ahead of Slovakia as the nation with the 7th most active NHLers.
A big thank you to Puckpedia, CapFriendly, and EliteProspects for continuing to make it easier to find this information!
Content
Recent articles from Earl Schwartz