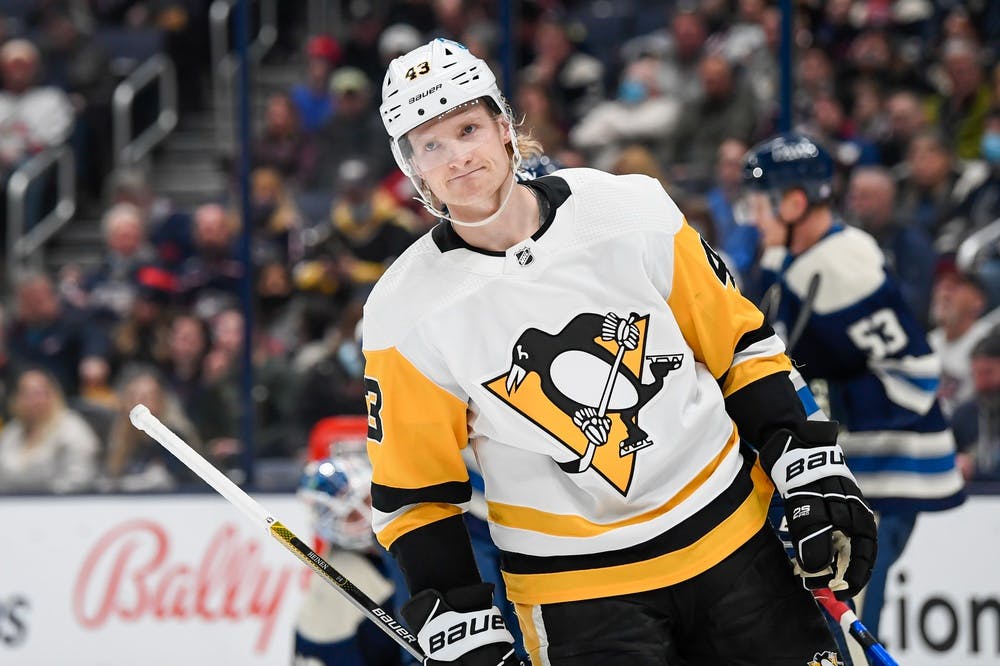 By Michael Mazzei
3 months ago
The Leafs are one of eight teams that are currently over the salary cap, and that doesn’t take into account what @Rasmus Sandin will make on his next deal.
As a result of this, they are limited to what else they can add on the open market with free agent frenzy about to head into its second week, meaning they cannot afford to go big fish hunting (ie @Nazem Kadri) unless they ship off a significant amount of cap space. They are more likely to ship off just enough money to get Sandin locked up and add one more forward to the middle-six since improving the @John Tavares line remains an area of need.
I wrote yesterday about one such player that the Leafs could target that fits this mould in @Sonny Milano. He is projected by Evolving Hockey to make around $1 million and is fresh off a breakout season where he posted solid numbers all across the board. Again, the Leafs would need to ship off salary before they can consider signing him but Milano is totally worth going after.
Related:

I mentioned in that piece how Alex Kerfoot is the most obvious trade candidate to ship off since he has a $3.5 million cap hit and the team that acquires him would only need to pay him $750 K for the year since most of his signing bonuses have been taken care of.
The cap relief that would come from shipping him off would be very beneficial, there’s no question about it. At the same time, he does have some value in his ability to play up and down the lineup while also playing both centre and the wing. So perhaps the player they could target is someone who has a similar playstyle to Kerfoot.
Luckily for them, a non-tendered RFA remains available who could do just and be signed to a much cheaper contract than what Kerfoot is currently listed at.
@Danton Heinen is someone who Leafs might be familiar with since he was on the Bruins during the recent two playoff matchups between the two teams. He has since played on two different clubs and remained a reliable middle-six forward with some pop in his game so it was surprising that the Penguins opted not to give him a qualifying offer. It’s even more confusing that after nearly two weeks of free agent frenzy, Heinen has yet to find a home.
During his lone season in Steel City, he registered 18 goals, 15 assists, and 33 points in 76 games played, good enough for eighth on the team in scoring. Heinen added on three goals during their first-round series against the Rangers with one of them being a game-winner in Game 3. For comparison, Kerfoot is coming off a career year where he recorded 51 points while he only mustered up two points in their first-round matchup versus the Lightning.
Here is how the two players stack up at 5v5 in terms of the underlying metrics:
All signs seem to point to Kerfoot experiencing a regression in terms of his point production since his GF% is a complete outlier when compared to what he was expected to record. Heinen’s numbers are not only impressive all across the board, but they are pretty consistent while doing so at an efficient rate and below his expected output.

The one major difference between the two is that Heinen was almost exclusively on the left wing in 2021-22 while Kerfoot took 178 of them in the regular season. If the Leafs want to completely fill that void left by a potential Kerfoot trade, they would need to make Heinen work on his faceoff efficiency so he can more comfortably be relied on in that situation. It would be totally worth the effort because Heinen’s output for hits and blocks is similar to Kerfoot’s along with having a better giveaway-takeaway ratio.
As for how much it would cost for the Leafs to get Heinen to a contract, it is quite reasonable given what he is capable of. Evolving Hockey projects him to get a two-year contract with a $2.195 million AAV, which is something that the Leafs can probably squeeze into the mix with just enough to lock up Sandin. Obviously, it could end up being just under $2 million to make things more manageable, but the point is that Heinen won’t put a major dent in their cap space when compared to Kerfoot.
When you put it all together, Heinen makes a lot of sense as someone the Leafs could target in free agency as a replacement for Kerfoot. He is one year younger, is coming off a solid season all across the board, stacks up better in many areas compared to Kerfoot, and could come in at a lower cap-hit. The one caveat is that Toronto would need to shed some cap space first and get Sandin re-signed before pursuing Heinen, but he could be the missing piece for their middle-six.
Who knows, perhaps adding Heinen could help elevate Tavares and @William Nylander to improved results on the defensive end in 2022-23. And an improved second line will certainly make the Leafs a better team.
Stats from Hockey-Reference.com and Natural Stat Trick.
Salary information from PuckPedia.com.
More from TheLeafsNation.com